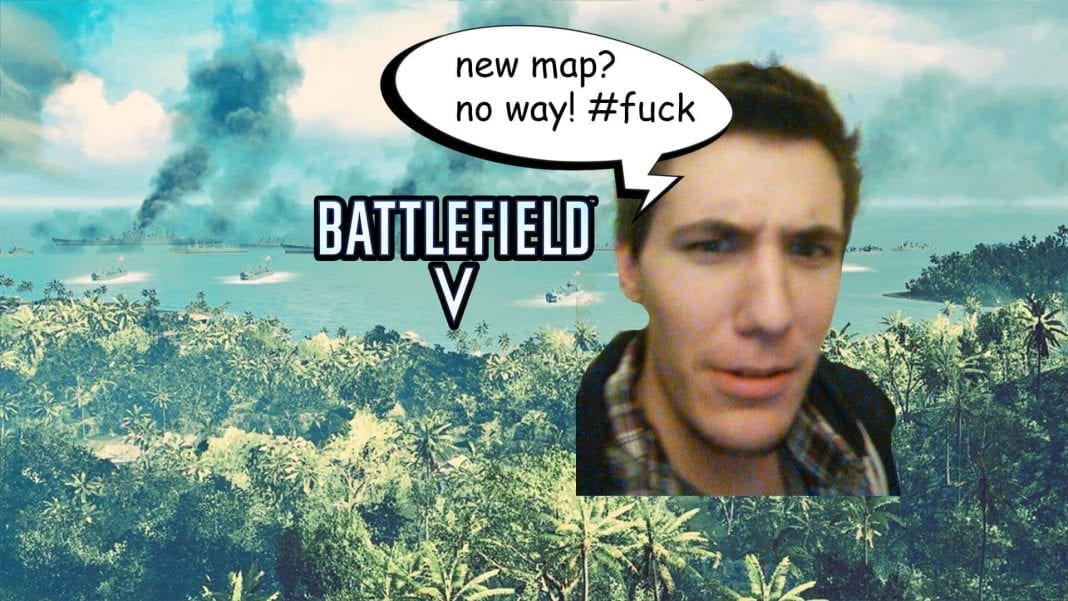 Hardcore Battlefield gamer and all round cynical bastard Brad Smith (Editor, PC Zone) recently made his frustrations with his beloved Battlefield franchise public by loudly denouncing DICE’s latest attempt to trick gamers into playing their current turd of an FPS.

Despite a storied history of producing excellent large scale war simulations in both historic and fantasy settings DICE’s latest attempt, set in World War II, has been ridiculed for it’s myriad of bugs, balance issues, constant annoying tweaks and all round lack of promised content. Oh and there ain’t no fuckin’ Nazis! (Thanks snowflakes, god we miss the 90s).

When questioned by the news team a whistful Brad had this to say:

So, Battlefield has just had a new map drop. Usually when I hear those words I would have ran to my PC and get downloading to check it out. But now Im more likely to hit uninstall.

It’s still an broken, buggy mess and in all honesty the fun isn’t there anymore. I look at it as a chore, completing challenges to acquire new weapons that I don’t use because of the TTK (time to kill) changes DICE have made rendering them completely fucking useless.

I’ve played Battlefield games religiously since Battlefield 2 in what we will call “the glory days”. I honestly don’t know what’s happened with 5. The game as service model? Misdirection from producers? Who knows. All I know is that there is a distinct lack of vision – they seem to not know what they actually want to accomplish and have stumbled every step.

Don’t think of me as a hater. I want to be wrong. I want it to be great but it’s just not fun. I’m even considering redownloading Battlefield 1. Not necessarily because it’s superior, but because it knows what it wants to do and does it well. Oh and it’s also you know, fun.

We’d like to thank Brad for his bravery in coming forward about what for him must be a very sensitive issue. At PC Zone we care about the welfare of our staff, so have suggested he go to our safe murder space and kill some assholes in CoD Modern Warfare while ranting hateful yet cathartic expletives on group chat. After all, the old ways are the best ways.