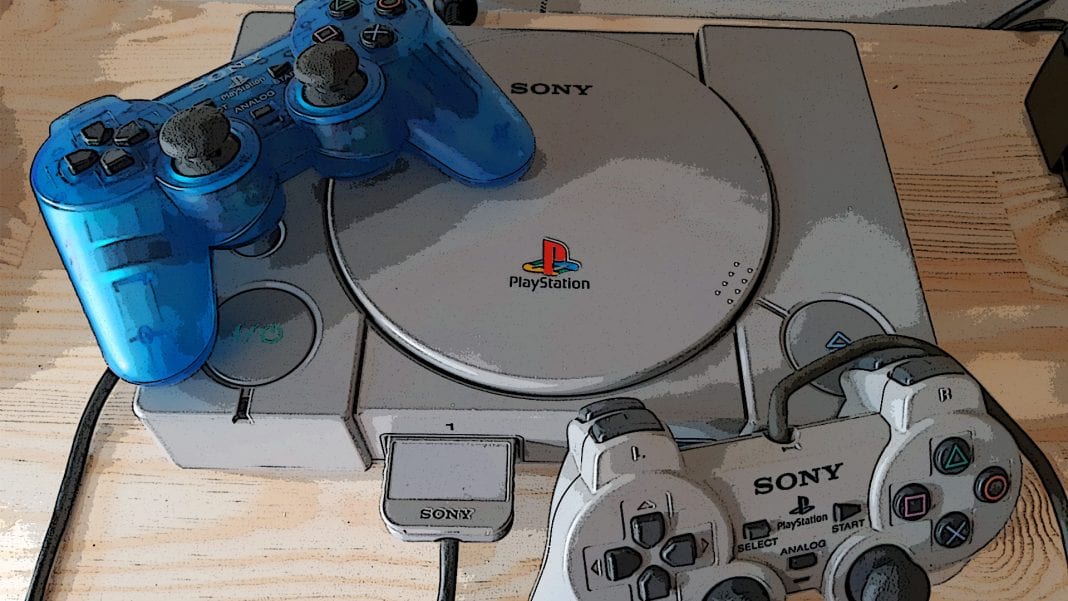 With no easy end in sight for the Coronavirus lockdown there are a lot of bored people in the world right now. But, with nothing but your own four walls to keep you company there’s never been a better time to get into retro gaming. Sure, you can take expensive risks on current gen games. But we all know that for every God of War or Red Dead Redemption 2 there’s an Anthem or WWE 2K20 waiting to bite you in the bum.

Part of the joy of retro is the ability to cherry pick the best titles. When a retro gamer says that Soulcalibur for the Dreamcast is a great game, you can be sure that there’s 20+ years of playtesting behind that statement. Playing The Legend of Zelda: A Link to The Past is proof that an amazing game never really ages. So, get in your loft and dust off that SNES or Saturn. Or, if you’re new to retro gaming read on and we’ll tell you where to get your game on old school!

Our guide will feature 3 superb retro systems and 3 killer apps for each platform. We will give you an idea of what your money will buy you on eBay. Or, if you can’t face connecting retro hardware to your flatscreen, we’ll show you how to access 80s and 90s gaming goodness via HDMI friendly alternatives.

The NES is the reason you’re playing games today. If The big N hadn’t decided to port their domestically successful Famicom platform to Western markets gaming as we know might have ceased in 1983. For those of you who aren’t gaming history nerd-geeks, 1983 was the year of the famous Video-Games market crash. In the mid-1980s the games industry was struggling to recover from the fall out of too much shovelware!

35 years after it launched in the West it’s easy to see why NES got the industry back on its feet. Nintendo’s strict quality control processes for software ensured a constant stream of top-notch titles. This “seal of quality” helped to restore consumer trust in the gaming industry and banish the nightmares caused by Atari’s ET game.

So, what will it set you back to do it properly and get your hands on the essential 8-Bit platform? The console on its own can be had for as little as £50 if you don’t mind one in poor condition. If you want to get started with some carts and a console, then £125 is a good budget to secure a nice starter setup.

The best 8-Bit Mario adventure and still my favourite of the series overall. The revolutionary world system shifts the game from being completely linear to allowing the player to explore more freely. Frolic in the Frog Suit turn to stone with the Tanooki suit or hit hard with the Hammer suit, Super Mario Bros. 3 remains one of the high-water marks in gaming history. A copy in good condition will set you back £40 on eBay with decent examples making about £20.

Originally known as Mike Tyson’s Punch Out!! this was one of the best fighting games around on 8-Bit.  As Little Mac you work your way up the ranks of the boxing world. Battling increasingly odd opponents and figuring out their unique styles and weaknesses will lead you to a bout with Mike Tyson himself for ultimate glory. After Tyson’s contract ran out he was replaced with equally tough reskin, Mr. Dream. You can get your hands on a good copy of Punch Out!! on eBay for about £30 but they can be had for as little as £15.

When it comes to 8-Bit gaming a simple, well-executed core mechanic will get you a long way. The 2D motocross appeal of Excitebike is its simplicity. Ride your little red bike over the course, negotiate the obstacles and get to the finish line as quick as you can without falling off. That’s it. And boy, is it addictive. Securing your own Excitebike on eBay will set you back as little as £15 for a playable copy or closer to £30 for a collectable example.

EASY ALTERNATIVE: If you don’t fancy messing about with consoles and carts that might well be temperamental in their old age, you can get all the games listed above and many more on the NES Classic Mini for around £120 on Amazon.

The 16-Bit war was a beautiful time for gaming. A blue hedgehog and short Italian plumber slugged it out for the hearts and minds of children all over the world. That blue hedgehog, called Sonic, changed the gaming landscape and gave Nintendo a serious run for its money.

Sonic made his debut on Sega’s most successful console, the Mega Drive (or Genesis if you live stateside.) From it’s easy-on-the-hands three button controller to its stunning Yamaha YM2612 sound chip the Mega Drive is well deserving of its stellar reputation.

Mega Drive/Genesis sold over 30 million units and is still made under licence in Brazil to this day. This means getting hold of one (or it’s sibling, Mega Drive II) is pretty straightforward. A boxed Mega Drive on eBay will set you back about £60 for a decent example.

The Big Blue Blur made a hell of a debut in the summer of 1991. But it was his follow up adventure in 1992 that solidified his reputation as Mario’s equal. The legendary Mark Cerny lured Yuji Naka and Hirokazu Yasuhara to his new Sega Technical Institute and together they made magic. Stunning contrived Pseudo 3D sequences, endlessly inventive level design and the introduction of Miles “Tails” Prower ensured that Sonic 2 upped the ante in every way. Nearly 30 years later the game is still wonderfully playable. Fortunately, Sonic 2 was popular as well as good, so a nice copy can be had on eBay for under £20.

With the recent release of Streets of Rage 4 it would be remiss not to recommend the series on the system that begat it. Of the three 16-Bit Streets Of Rage titles the second is the best. In fact, it might be the best beat-em-up every made. Improving on the first entry in almost every way, Streets of Rage 2 introduces two new characters to help you beat the hell out of everyone in your pixelated path. Expect to pay around £30 on eBay for this epic brawler.

Sega have always been famous for their ability to develop wacky and unusual ideas. Toejam & Earl, the story of two alien rappers grooving their way across floating islands to fix their smashed spacecraft has to rank among the weirdest! Alternatively, surreal and satirical and essentially uncategorizable, Toejam & Earl was a shining example of why Sega’s consoles were must have in 1990s. Happily it’s still easy to experience this crazy video game on original hardware for yourself. It’s a little scarcer than the other two games we’ve recommended but you can still get it on eBay for about £35.

EASY ALTERNATIVE: If messing about with AV cables isn’t your thing there is always to the option of the superb Mega Drive Mini console. This beautifully done homage will connect to your HDMI port, features 42 titles (including all our recommendations) and comes in at a snip at just £59.99 on Amazon.

With all the hype surrounding PS5’s impending launch (we hope!) it’s easy to forget that Sony were an upstart in 1994. The so-called PlayStation was originally conceived as an add-on for the Super Nintendo Entertainment System. After Sony fell out with the big N, they decided to go their own way.

Released, famously, for just $299 in the US in Autumn 1995, the PlayStation utterly annihilated Sega Saturn and took a market share from Nintendo that they never got back. The secret to Sony’s success? Great marketing, easy to program hardware and 3D GRAPHICS!! PlayStation spearheaded Gaming’s last great programming revolution and you can experience it for yourself today.

A decent boxed console will require about £75 on eBay. If you want a good selection of discs to help you get started be ready to part with about £120

Tactical Espionage Action is written on the cover for Metal Gear Solid. What this means in practice is that you can’t just shoot your way out of trouble. Try and you’ll die. Every time. This mechanic was revolutionary in 1998. And over 20 years later Hideo Kojima’s masterpiece still makes for an incredibly intense game experience. Metal Gear Solid is also one of the earliest games to make really good use of cinematic cutscenes. These sequences were rendered by the game engine and added depth and meaning to Solid Snake’s mission in a way that hadn’t been seen before. Metal Gear Solid is an essential purchase for PlayStation, and it can be yours via eBay for about £20.

When people think of great fighting games from the 1990s Tekken is often shunned in favour of Streetfighter II or Mortal Kombat. But Namco’s arcade epic is as good as any fighting game of the era. With a roster of memorable characters and an easy-to-learn hard to master control system Tekken 3 is serious fun. It’s also a great 2 player experience but be careful about falling out with family and friends when you can’t leave the house! Tekken 3 was one of many PS1 games to achieve Platinum status. As such it can had on eBay for as little as £10! Expect to pay a little more if you want a “black label” edition.

Survival Horror is a staple of the gaming landscape in 2020. But when Resident Evil debuted in 1996 it felt like a watershed moment. There had been horror games as early as the 1980s. But as good as Nosferatu on the Amstrad CPC was it’s be a stretch to describe it as scary. Capcom’s first visit to Racoon City changed that. The 3D processing power of PlayStation made Chris and Jill’s battle with the T-Virus Mutants feel terrifying real in a way that hadn’t been seen in videogames before. Even if you’re familiar with more recent instalments it’s well worth going back to the original as it’s still a brilliant and unsettling experience. Resident Evil on PlayStation is plentiful on eBay and a decent copy can be had for about £15.

EASY ALTERNATIVE: Sony released the PlayStation Classic in 2018. All the games mentioned above are included as well as 17 other top titles. We advise caution though. Unlike the NES and Mega Drive Minis the PS1 Classic features shoddy emulation and you’d be better off with grabbing the original. If you just have to have flat-screen convenience, then PlayStation Classic is available in all it’s dubious glory on Amazon for £59.99.

Buy the PlayStation Classic on Amazon

So, there you have it. 3 classic platforms, 3 killer apps and 3 easy alternative ways to experience retro with an HDMI cable. Whether you’re taking out your frustrations on Don Flamenco, running so fast you get a head rush as Sonic or scaring yourself just a little bit in Racoon City retro gaming has got you covered. Don’t get too into it though. With hundreds of amazing titles on offer you’ll never be able to afford a PS5 at Christmas!

We included a few Amazon Affiliate links in this article – if you purchase something using them we may get a chunk of change.