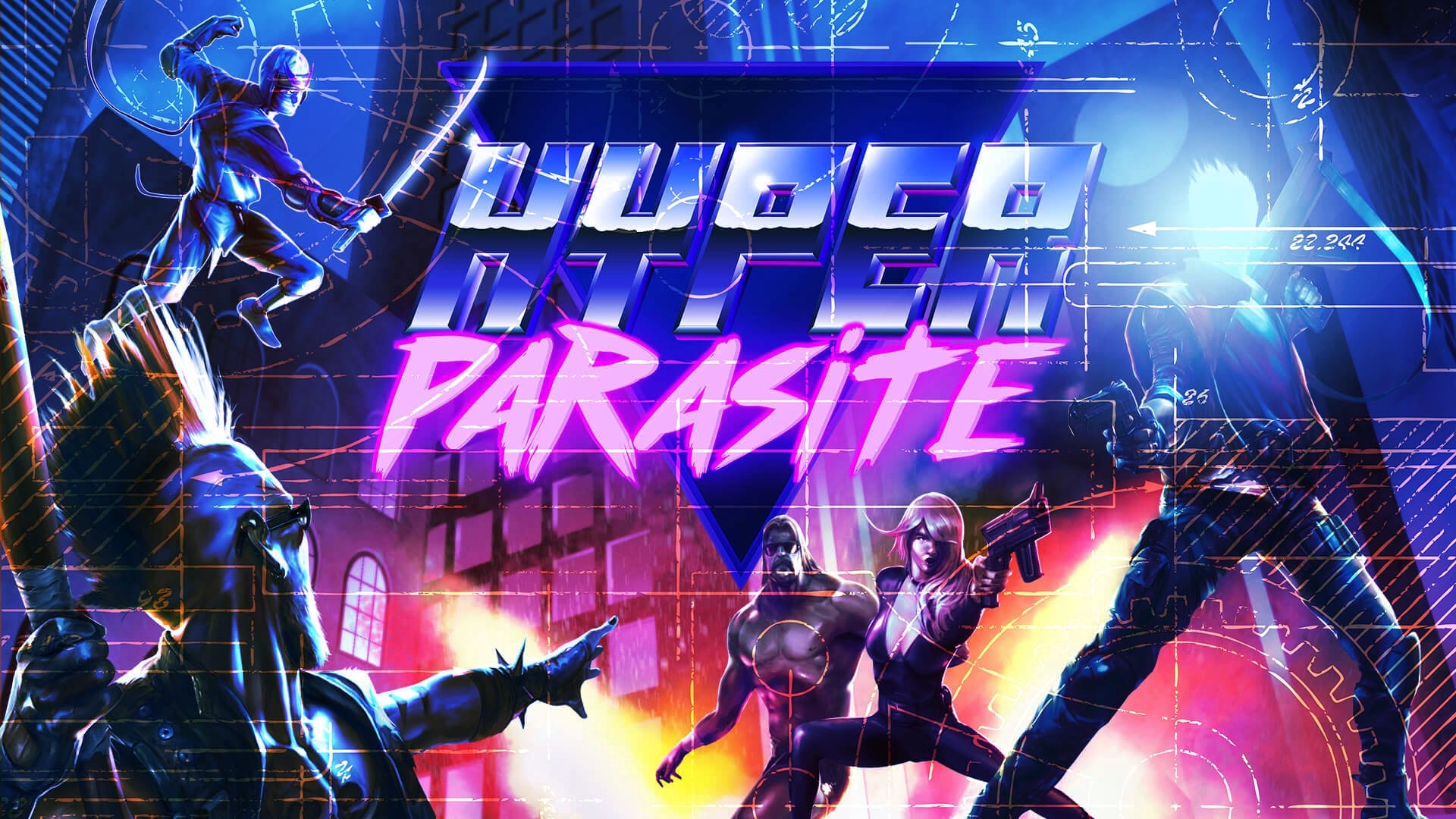 Panic-striken streets with a monstrous parasitic virus on the loose. Sound familiar?

ortunately that’s where the similarities to our current troubled times ends, as HyperParasite provides the sort of neon-clad, snyth-fuelled throwback to the glorious 1980s that we find so hard to ignore.


Here at PC Zone we were chuffed to get an exclusive interview with the lead developer of a game best described as “rogue-lite twin stick snatch, zap and shoot ‘em up”, now out of Steam Early Access and ready to be fully unleashed on a disease obsessed public. Good timing guys.

Here’s what Troglobyte Games had to say:

1) Thanks for talking to us today and showing us HyperParasite! Looking at the studio’s history of making mostly high-end flash games is it fair to say HyperParasite is the most ambitious game for Troglobyte Games to date?

To be honest, some of us have been in the industry for the last couple of decades (ugh!), so in all these years we’ve been working on projects of various proportions, for different platforms. We worked on a Nintendo GameBoy Advance game in 2001, and even self-published a 3D Action RPG for PC back in 2005, when the world ‘indie’ was yet to be associated to game development.

But we do agree that HyperParasite is our most ambitious game to date, for the size of its content and multi-platform release.

2) We love the 1980s here at PC Zone (most of us were born then and some wish they were still there!) so we particularly like the aesthetic ideas and cool synth soundtrack the game features – but what was your motivation for picking that particular setting? It seems to be a popular stylistic choice at the moment.

Just like you guys, we were all born in the 80s. We grew up with arcade cabinets, cheesy action movies and the pop culture of that era. HyperParasite truly is a love letter to those golden years.

When we started the project we knew there would have been dozens (if not more) other 80s inspired games, but we decided to soldier on regardless, because we had our clear vision of what our game was about and what it could bring to the table in terms of gameplay, style, etc.

3) The indie games scene is very crowded these days – what has the strategy been for getting the game noticed?

We did everything that a small indie developer can do when it comes down to get a game noticed. We went to countless events (both big like GamesCom, small like local indie gaming fairs and showcases); kept our social media always updated with the latest news about our project and what we were doing; established a Discord server for our community, and any other good practice you can think of.

A lot of people are interested in the game, we’ll see if, in the long run, it all pays off. The important thing is that we learned a lot along the road!

4) How beneficial has the long Steam Early Access been? Has the game changed dramatically due to feedback from the community?

We believe that it did work out. The game has grown a lot since the Early Access launch, and our community of players helped us improve the game and even add some new features we didn’t think of in the first place.

5) Moving onto the mechanics of the game, one of the first things I noticed playing the Alpha release is the game’s difficulty. The combat intensity ramps up quickly, which is exciting, but can be very challenging if you are stuck fighting as the parasite with angry and deranged humans attacking you with real ferocity from all directions! Is that part of the intended appeal of the game? Or is difficulty curve still something you’re working on?

We debated internally about this a lot; we knew we wanted to do a rogue-lite game (which is, by its own nature, an unforgiving gameplay experience), but at the same time we didn’t want it to appeal to a too small a niche.

We changed gameplay and stats countless times, but we think in the end we nailed our original idea; we wanted the game to feel like an old game from the 80s-90s (game were way more difficult then), and we think HyperParasite resembles such an experience. At the same time, we implemented some new mechanics that should help even the ones who are scared by high difficulty levels.

For example, after some precious feedback we received by our players, we implemented a form of “cryogenic chamber” that you can use to store host bodies for the Parasite; in later levels, you can visit the shop and retrieve those host bodies. In this way, the time you spend as a mere parasite is reduced, and you can enjoy your deadly host body with all its own weapons, abilities and special attacks.

6) One of the major aspects of gameplay is the wide variety of different enemy classes, 60 in total – it’s a nice twist that you get to possess the enemies and inherit their abilities which can dramatically change your fortunes in a fight – how did you go about designing and balancing that many different classes whilst maintaining a consistent gameplay experience?

Well, that’s what makes HyperParasite unique and difficult to develop at the same time; balancing 60 different character classes, each with two different attacks, dozens of items and skills, was no joke. We really hope we did a good job with this, but there’s always room for improvement, so once the game is finally out we’ll be open to discuss further fine-tuning with our community and other players as well.

7) HyperParasite features procedurally generated stages, which I’m a big fan of. Explaining to a layman like me, how challenging was it to implement this feature? Was it one of the most difficult things to programme? We’re interested in this tech stuff!

Procedural generation is a soft spot of ours, we really love these kinds of techniques and we’ve been fiddling with them for years. We even created a Unity plugin called Daedalus, which was a procedural dungeon generator with tons of options for customizing procedural dungeons and levels.

It was surely a big challenge to implement; not the algorithm per se, but the integration with our game engine of choice. We had to overcome a lot of technical issues and limitations over time, but we’re very happy with the result and chances are we’ll use our proc-gen technology for future projects.

8) Summing up as we near the games full release: Do you have a specific target in terms of success you’re hoping to achieve? And where does Troglobyte go from here?

Being able to publish (and co-publish) our own game on all available platforms (Steam, Nintendo Switch, PS4, XBO) is already a success for us; we are really happy about how things are going for this first Troglobytes’ project. We’ll see if players will have fun with HyperParasite as much as we did while creating it.

We are already working on our next project; that we haven’t announced, yet, but you can check out our Twitter account or Discord server for frequent updates. It’s something totally different from HyperParasite, but that’s what we like to do for a living: to create different gaming experiences.

HyperParasite will be released on PC, PS4, Xbox and Switch April 3rd. Z