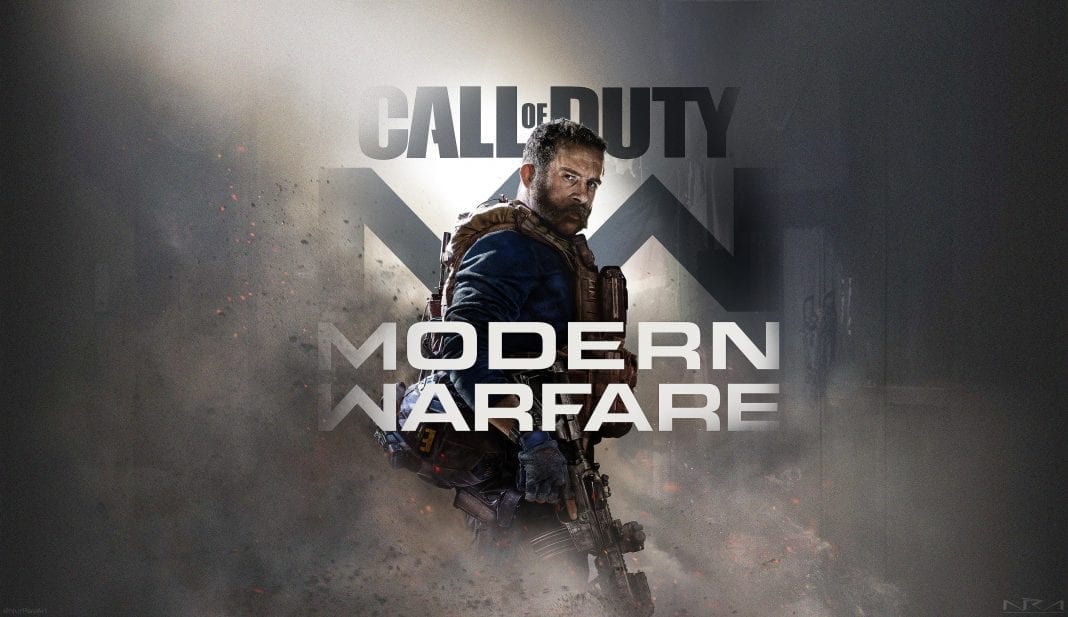 The rules of engagement have changed. This time, we’re going dark.

Unless you’ve been living under a rock, playing too much fortnite, or still grieving over ghost’s death (spoilers a few years too late), you’ve probably heard of Modern Warfare. And no, much like the game in question, this review isn’t very child friendly.

It all started many years ago in blah blah blah…. Do I really have to give an intro to call of duty? The biggest household gaming name (note, I said gaming, not online day-care – fortnite, sorry not sorry). With a record breaking amount of millions of players daily, I’m sure everybody, literally everybody has played this game. Whether you started with the greats (mw2, bo2), the flops (literally ghosts and everything after) or the classics, like me, predating even modern warfare 1, it’s rare to find even a single gamer who has never played or watched a call of duty game. They pioneered the online fps genre. Well, that’s a lie, quake and unreal tournament did. But still. PRICE IS BACK!

This is war, and it’s grittier and meaner than you’ve ever seen it.

Basically, forget everything you thought you knew about modern warfare. No Russian? This entire game makes that level look like a children’s cartoon.  Call of duty’s previous campaigns are the girls (or guys) you bring home to meet your parents, this is the one waiting for you in the backseat of their dads Honda with a bottle of vodka and a funky cigarette. When they say going dark, they don’t just mean the lights. Terrorism is a real worldwide threat, thanks to a few asshats who like making people miserable, now you can shoot them in glorious 4K.

Sounds no different from previous titles, but this one may be a little controversial. Even just 1 of the online killstreaks is white phosphorous carpeting the ground in a multiplayer map. That stuff is regulated in the modern world, not too far off becoming a war crime. And that’s just a minor detail of this game. Gone are the dancing tinsel covered burlesque dancers sporting unicorn shaped guns. Gone are the wall running super sliding Spiderman style trick shots. Gone is the awful but for some reason popular mode zombies (what, deep down you know it only exists because of how bad the games got).

This is war, and it’s grittier and meaner than you’ve ever seen it. Maybe some of you played the beta, good for you if you did. You’ve had just a small slice of this gorgeous pie. For those that haven’t, we, the gaming public, were treated to a small handful of maps over a few different modes. Some, reoccurring ones such as your standard death match, or hard-core (now called realism) seemed like a new feel, same game thing. But the biggest change was ground war. Now its 64 players (battlefield) on a larger than normal map (battlefield) but now it has vehicles, such as helicopters, APCs and little transport trucks (battlefield) and this is the first.. Sorry, the “first” to do this.

We had a small taste of them in black ops 4’s blackout mode, but this is the real deal. You, your gun, and a whole lot of targets. Can we please raise our hands and say thank you, thank you for getting rid of operators, specific characters with specific abilities to help “turn the tide of battle”. Well, not really. There’s still characters to pick from, and customise, and abilities to use. Nothing drastic, but can be helpful… sometimes. Luckily though, there’s no more limits of having to be somebody else because they’ve taken the character you like, and the abilities are customisable, so anyone can do anything.

Something is different though, it just feels different. Could be the grind between multiplayer levels feels a lot longer, could be that killstreaks are actual killstreaks now and not for score hoarding campers. Maybe. Or maybe it’s the fact you can now lean and peek from doorways or windows. Could be that too. Either way, this feels fresher. I am willing to forgive the nauseating mirrors edge rip off that was black ops 3, and the doom meets borderlands test tube child that was known as advanced warfare. I mean, not going to mention ghosts, but come on, nobody will forgive you for that guys. Give it up. Goes to show having a celebrity in your game won’t save it from the pit of uninstallment *ghost recon cough cough*.

But this, I like this. A lot. And that’s not me saying how great it is, check this review it’s amazing, 5 stars etc. etc. I genuinely like this. The story is gripping, detailed and smooth. Multiplayer runs like oil on a marble surface. I haven’t seen such a brutal, yet beautiful multiplayer shooter in a very very long time. Poetry in motion one could say. Or as much poetry as a 5.56mm bullet travelling at two thousand feet per second into somebody’s face in HD at 60 frames per second can be. But you know, it’s nice.

Available on PS4, Xbox One and PC. Wait for it. With cross play! Now even on your mortgage inducing alien monolith of a pc you can get the Xbox kids being racist and trash talking about what they’ve done to your mother, good news! But seriously. Leave your kids back in the age of black ops 4 and fortnite. We’ve moved on. And they are making a statement. Remember, switching to this game is faster than reloading.