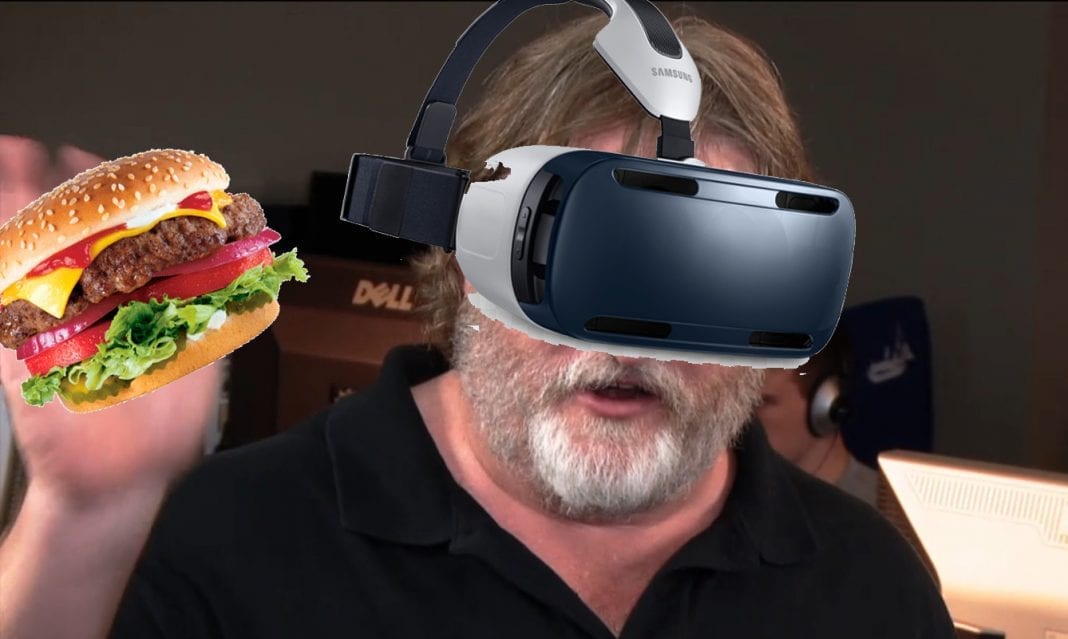 Get ready for your virtual half life.

Gabe Newell, the happy Santa of the gaming world, has gifted an early Christmas present to gaming fans the world over by (finally) announcing a new Half Life game!

Gamers had been left wondering if Half Life 3 would ever emerge from the dark depths of forgotten hopes and dreams long discarded by the perenially distracted Valve, but quite out of the blue it was announced that Gabe had finally finished his marathon mission to eat a quarter of million burgers and is now ready to begin work on the epic new title.

The mouth-watering news was announced on Valve’s twitter feed:

Half Life: Alyx as it will be known (so NOT an actual Half Life 3 then??) will be coming to a VR headset near you. A wonderous virtual world in which our burger chomping friend is as as grotesquely svelt as Posh Spice when the original Half Life was released in 1998.

Oh the marvels of technology.