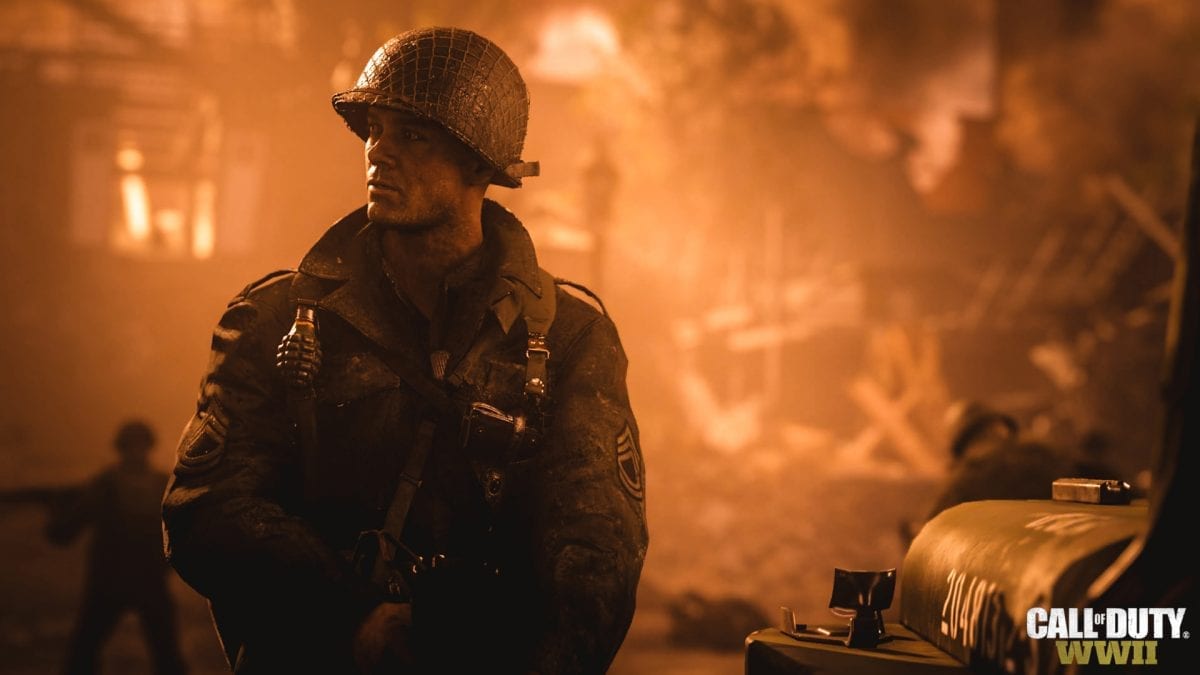 Call of Duty is going back to its roots, or so we’re told.

Thematically, the next iteration in Activision’s juggernaut shooter franchise does indeed go back to where it all began, casting you as a soldier caught in the heat of some of the second World War’s most visceral and storied conflicts. However, the jury’s still out on if developer Sledgehammer Games will be able to recapture the heart and soul of Infinity Ward’s original two Call of Duty games, something that many would argue has been missing from the franchise for a long time.

True, it’s been a while since we’ve revisited D-Day as a lone foot soldier, but that doesn’t change the fact we’ve already been there. And, even a decade on, it’s hard to imagine any shooter really going above and beyond the bone-shaking opening to EA’s Medal of Honor: Frontline. No matter how much this week’s reveal event told me that Call of Duty: WW2 was going to be a game to remember, I couldn’t help feeling like I’d seen it all before. That’s not a complaint specific to Activision; I’d feel the same if EA went back there with Battlefield (instead of choosing the inspired World War 1 setting for Battlefield 1). When it comes to the FPS genre, maybe games have said all they can say about WW2.

Now that’s an admittedly tricky subject. Gamifying any historical, massive conflict — especially one so recent — on a traditional screen is one thing, but in VR it’s something else entirely.

Is it really a good idea to authentically recreate such a horrifying scene as the Normandy landings with a technology that would make you feel like its really there?

More over, is it morally right to try and find the fun in such a situation that would keep players coming back for more?

Maybe not, but to suggest that that’s all VR is capable of would be to sell it short. Firstly, the educational value of such an experience would be invaluable, especially when we can make it before time starts to blur to lines between fact and fiction. As unspeakable as these events are, we shouldn’t let that keep us from preserving it as closely as possible for future generations. They’ll need to understand the significance and the sacrifices just as well as we do now, and VR presents the best opportunity to help them do so going forward.

But we have to be immensely careful with how we proceed. The balance of responsibility between authenticity and hyper realism is a line that will be hard to judge and no doubt fiercely debated. VR is already helping treat those with PTSD but who’s to say that, as the technology progresses, it might not cause a little of its own? As I write this, horrifying scenes from the opening of Saving Private Ryan replay in my mind, and I dread to think of those memories taking life one day.

Maybe the answer isn’t to make it this first-person, realistic simulation (though I’d argue there’s still a lot to gain from that), but instead a third-person documentary. A VR diorama of battlefields with narration could be hugely engulfing, highlighting several aspects of a battle that you couldn’t see as one person.

On top of that, there are sides to the conflict VR could capture without shaking you to the core. What was life like for non-combatants? How difficult was it to operate a tank? And how about visualising the art that spawned from the people involved?

Perhaps recreating poetry is a better way to use VR to paint a picture of the war.

Handling depictions of war might be one of VR’s great struggles in the years to come, but there are plenty of ways to respect and preserve conflict without straying into morally grey areas.

As you return to the frontlines for the latest Call of Duty this November, maybe it’s time to start thinking about how this technology could really benefit an increasingly distant story.