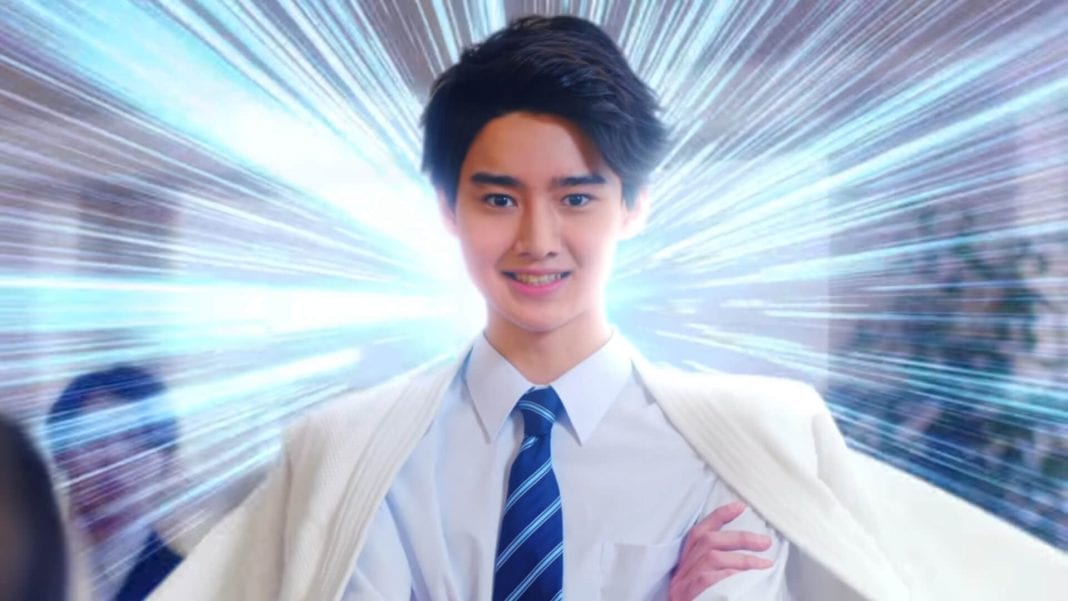 This year Sega turns 60. They are marking the occasion with the phrase “Go Sega” and the idea of “Creating Life” as their story progresses into its 7th decade.

To further celebrate this milestone, Sega have alsoreleased two preview trailers in Japan. The trailers delve into Sega’s rich legacy as seen through the eyes of a young man: Sega Shiro. It turns out that this teenager is the son of legendary Sega Saturn hero and saviour of the Dreamcast, Segata Sanshiro.

Those of you who know me well know how much I love Segata Sanshiro. The ad campaign that followed his adventures was immense and hilarious. These brilliant ads were everything that Sega did right to market Saturn in Japan. They also serve as a damning indictment of everything that went wrong with Saturn’s marketing in the West.

To see Segata Sanshiro’s son in the Sega 60th trailer is simply perfect. Despite his youth he clearly has a healthy appreciation for Sega’s hardware history. In the second trailer, his classmates excitedly gather round him as he plays a handheld console. One of the girls asks him if he’s playing a Switch. Young Shiro reveals with a grin he’s playing a Game Gear!

The young man is also seen to be wearing a Karate Gi that looks suspiciously similar to the one worn by his father. Later in the second trailer Sega Shiro has a bit of a breakdown and endures a bittersweet flashback to his youth. Some gorgeous looking cartoons reveal how Segata Sanshiro educated his boy in the art of fighting and Sega. Recalling his father’s fiery death young Shiro collapses in agony. And this is where things get really interesting.

Sega Shiro is suddenly confronted by an adversary. In a black Gi and terrifying mask he menaces young Sega Shiro and shows off his power. He is called Sega Attanshiroo and it’s clear he wants to destroy the young man. Sega Shiro responds to this villain with the words: “Father, I will protect Sega!” We will have to wait until the next instalment to find out what happens next, but an interesting theory has emerged since the trailers release.

Could the terrifying Sega Attanshiroo in fact be Segata Sanshiro himself? Did he somehow survive and turn to the dark side? If true, it sets the next instalment up to be a cheesy Japanese masterpiece!

As if all this weren’t epic enough, the actor who plays young Sega Shiro is Maito Fujioka. His real-life father is none other than Hiroshi Fujioka, the man who actually played Segata Sanshiro in the 1990s. Mind. Blown.

If you want to add your message to Sega’s 60th story and be in with a chance to win an exclusive prize visit the Sega 60th website here.