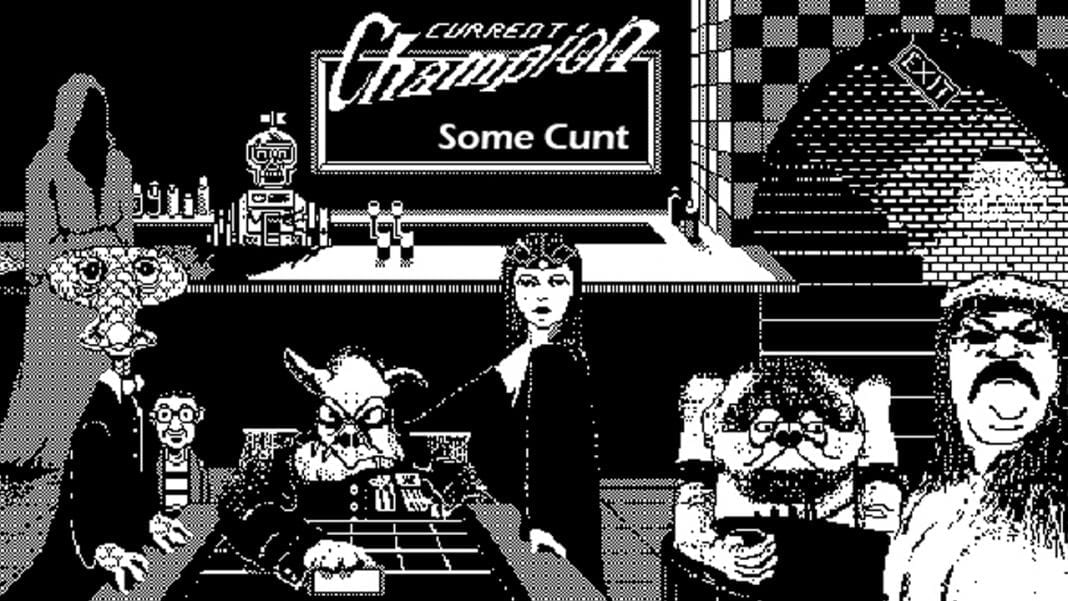 In 1990, when a 10-year-old kid thought about video games on a home computer, they would have probably been picturing Sinclair, Amstrad or Commodore.

I myself had a mighty Amiga 500. One brand that tended not to feature in playground conversation was Apple. In fact, my 10-year-old former self was barely aware that Apple existed.

The only reason I’d heard of the future richest tech company in the world was my Uncle. He’s a prolific composer of library music and had a Macintosh Classic in his home studio. Being the child of an actor, music tech didn’t impress me much as a kid. I do recall visiting my uncle one wet autumn Saturday and asking him: “Do you have any games on that computer?”

Fortunately for a bored kid on a rainy day my Uncle was able to answer that he did have a game for me. That game was Shufflepuck Café. As he fired up the Mac, I was initially disappointed by the monochromatic display. Playing games in black and white was not something I was used to. I was impressed however by the detailed illustration of the café’s (ironically) colourful characters.

As I looked at the faces of my potential opponents staring back at me, my eye was drawn to the display board at the top of the image. It proclaimed proudly the name of the Current Champion. On my Uncle’s Mac this read: “Some Cunt”.

“What does that word mean?” I asked, wide eyed and oh-so innocent!

After quickly navigating beyond this slightly embarrassing moment my Uncle set me up with my first game.

Shuffelpuck Café uses a perspective trick to give a somewhat 3D feeling of playing air hockey against an opponent directly in front of you. You can choose to take on a single opponent from the eight occupants of the Café or play them all in a tournament.

Each opponent has various quirks to their game play to test your skills. When you get the puck past them there is a satisfying smashing sound accompanied by a brief but bizarre animation of the screen cracking where the puck left the table.

You control the puck with the mouse. This is my favourite part of the game mechanics. The action of sliding the mouse to hit the puck makes the game feel incredibly immersive. Add to this the smooth animation of the puck and the expressive drawing of you opponents and you have a seriously addictive game.

But, oh my god is it hard!! Once you get through the first couple of matches the difficulty really ramps up. Like most games of the late 1980s the difficulty curve was essential to its re-playability. In Shufflepuck Café, a perfect game would only take about 25 minutes. The sense of satisfaction you get when you beat the tougher opponents is massive.

If the 1980s was the era of rock-hard gameplay it was also the age of cheats. On the Amiga accessing a cheat might involve a complicated code or button press sequence. Hilariously, the only thing you need to do access Shufflepuck Café’s cheat menu on the Mac is click a drop-down menu. Here you can beat your opponent or win the tournament with a single mouse click.

By far my favourite cheat is the ability to change the width of your paddle. You can challenge your skills by making it barely wide enough to hit the puck. Or…you can make it so wide that it fills the entire table and you can never concede a point! Take that General, you piggy bastard!!

Shufflepuck Café was ported to many other systems and looks particularly good on the Amiga. But there was something truly beguiling about the smooth gameplay and raucous sound effects of the mac original. In fact, I enjoyed it so much that I never purchased the Amiga’s colourful conversion.

After that initial session on a wet autumn Saturday I returned to the Café on my Uncle’s Mac frequently. Although, for every subsequent visit the name on the Current Champion board simply said: “Some Chap”.