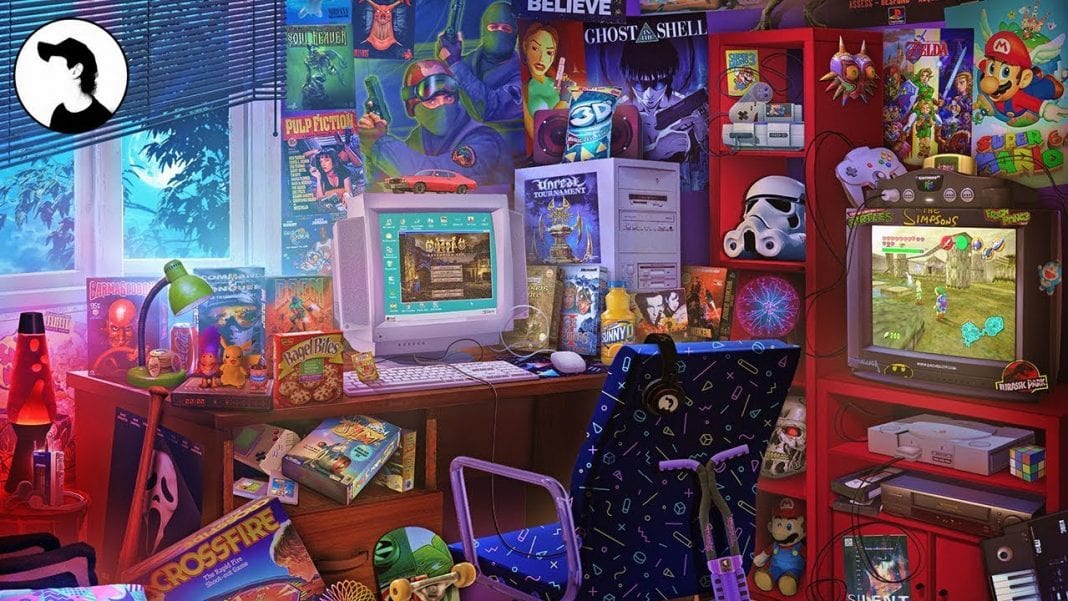 Video gaming has never been as good as it is today.

Graphics are so detailed that it’s sometimes difficult to tell a video game and real-life apart. The gameplay mechanics and multiplayer options have come on in leaps and bounds over the last decade. It’s even possible to play AAA titles like Fortnite on your smartphone with cross-platform play.

Yet, for all the advancements made in video games during the last two decades, many of the most fun titles ever released were made in the 1990s. That’s why we see so many of them being remastered for modern computers and consoles today.

Here are some of the best games that hit shelves during the last decade of the 20th century.

Today, Grand Theft Auto V is the pinnacle of open-world driving games. It offers players the freedom to do practically anything they want from bank heists to vehicle parkour. The franchise first made an appearance in 1997 for the PC with a port to the PlayStation the following year.

It had top-down 2D graphics that look very dated today but offered the freedom to drive where you want, when you want, and complete missions as and when you felt like it. This made it very different to other games at the time which were all focused on “levels”.

While Grand Theft Auto was a great game in the 1990s, Driver set the standard for open-world driving games. Released in June 1999, Driver put you in the shoes of an undercover police officer who acts as a wheelman for criminals in Miami, San Francisco, New York and Los Angeles.

Unlike Grand Theft Auto, Driver had full 3D graphics and fun physics that let you recreate car chase scenes from Hollywood movies. Although all its missions were very much the same: drive from A to B, escape the police/another criminal, and destroy another vehicle, it still remained fun to play.

The “Take a Ride” mode also gave you the freedom to do what you want and drive anywhere on the maps.

While GTA matured into the record-breaking game we know today, Driver suffered from dismal development decisions and a myriad of marketing mistakes that ultimately saw it fade into insignificance. That said, the original Driver game is still fun to play today. However, you’ll need to dig out your old PlayStation or an emulator as it isn’t available on modern hardware.

Casino games are much older than the 1990s, many go back centuries further. However, the casino industry changed dramatically in the 1990s when technology and legislation aligned to enable the creation of online versions.

Like with many other games, online casinos have developed a lot since they first hit the market. It’s now possible to play them on smartphones and tablets as well as computers, with some brands even developing virtual reality games. The quality of games has also improved a lot as technology has advanced, making them even more fun to play today.

One thing that hasn’t changed is that the online casino industry is filled with brands looking to attract new players, offering free spins and other no deposit offers as an incentive.

Doom was released back in 1993, helping to define the first-person shooter genre of games. John Romero, one of the game’s designers has a cult-like status in the industry thanks to his involvement in Doom, Quake and Wolfenstein 3D.

These latter games were also incredibly popular during the 1990s and have also enjoyed reboots in recent years.

Although the game was originally intended for MS-DOS, the company released the source code in 1997. Since then, fans of the game have ported it to just about every platform you can imagine.

Hackers have managed to make Doom run on Melbourne’s transit card readers, digital cameras, cash machines, and even a calculator.

The game was re-released in 2016 for PlayStation 4, PC, Xbox One and Nintendo Switch. It now remains one of the greatest PC games of all time. A new title, known as Doom Eternal was launched in March 2020 as a sequel to the 2016 version. Although the new versions are great, many fans till prefer the original.

Crash Bandicoot was released to the original PlayStation in 1996, featuring Crash, an Eastern Barred Bandicoot that was supposedly captured by Doctor Neo Cortex with a plan to turn him into a loyal servant. This didn’t work so Cortex captured Crash’s girlfriend instead.

The game revolves around Crash’s attempts to rescue his partner, resulting in a final battle similar to what’s seen in many other platform games.

Crash Bandicoot was a huge success thanks to its improved graphics over other titles in the genre. Like Doom, its popularity in the 90s has led to a reboot in recent years, the first in 2016 and the latest scheduled for release in October 2020.

Crazy Taxi is a driving game that was first released in video game arcades in the 1990s. The premise is that you are a taxi driver who receives tips from passengers for getting them to their destinations as fast as possible and by conducting stunts like jumping over objects, near misses, and drifts.

The original game required you to try and set a high score of fares earned within the time limit. However, you had more time added to the clock when you picked up each passenger.

After its success in arcades, Sega ported the game to the Dreamcast and then other consoles throughout the 2000s. This console version was similar but not identical, with an additional map and several mini-games that were designed to test your driving skills.

There have been some spin-off free-to-play games released more recently, the latest being Crazy Taxi Tycoon, however, these are nothing like the original game.

The original Crazy Taxi is by far the best in the series. It is far more complex than it first appears, with a living, breathing city similar to the Grand Theft Auto and Driver open worlds.

Despite being over 20 years old today, all of these games are just as fun as the day they were first released. If you’re feeling nostalgic, you should definitely play them again.