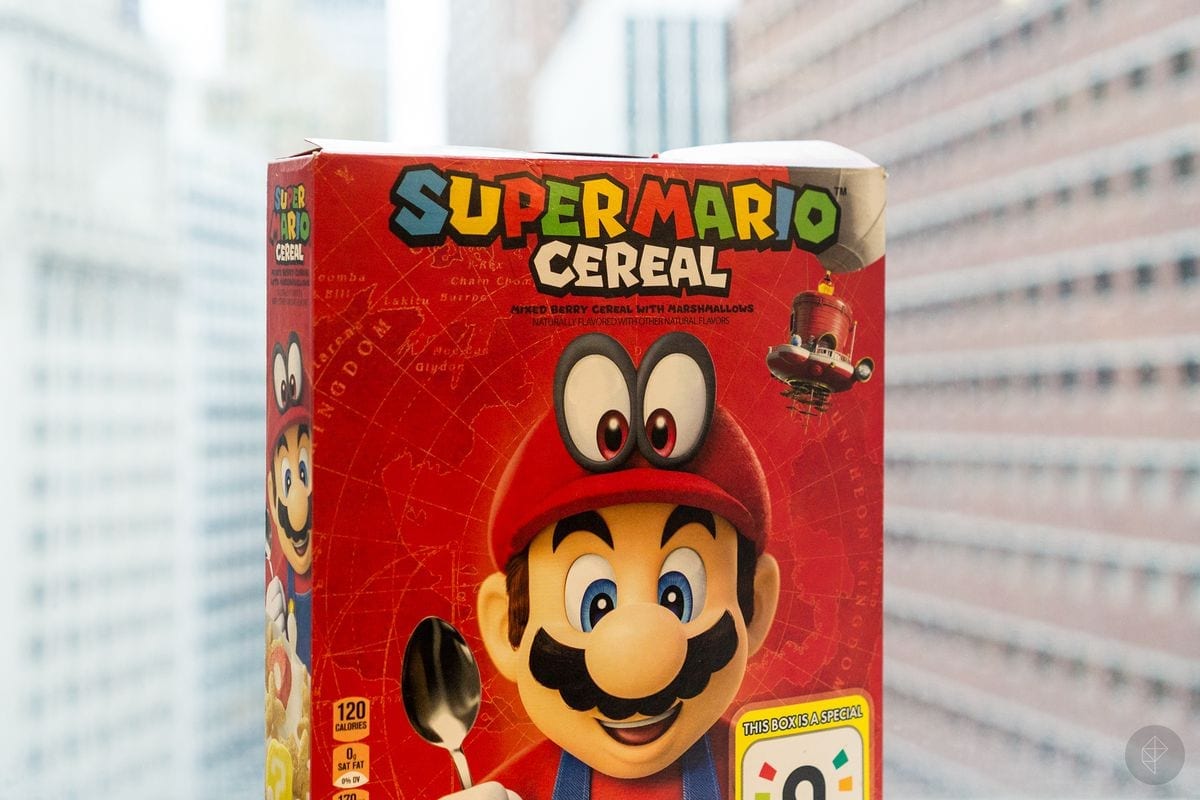 This article was written by Allegra Frank, originally published on Polygon

Super Mario Cereal will not be your new favorite breakfast food. Now available at several local retailers, Mario’s official cereal isn’t bad, per se — it’s totally fine. But between its lackluster amiibo functionality and uninspiring taste, we have trouble recommending it.

The “we” in this case is both Ashley Oh, social media manager and breakfast connoisseur, and me, who underwent a rigorous taste test on Super Mario Cereal’s launch day, Dec. 11. Armed with a tiny bowl and strangely flat wooden spoon provided by Nintendo, we went on our own, special kind of Super Mario odyssey.

Nintendo markets the cereal as mixed berry-flavored with “power-up marshmallows.” The artificial berry taste is accompanied by an artificial berry smell upon first encounter. It’s actually quite nice; I’m a big fan, fake as it may be.

The smell intensifies when the box is opened, naturally. (Yeah, it’s 100 percent noticeable before you even get to that point.) So if you’re sensitive to approximate versions of familiar scents, this is your official warning. I’m not, and Ashley’s not, so here we are.

But things do take a turn for the worse when actually confronted with the cereal. Those power-up marshmallows are, pardon my language here, a goddamn ruse. They look like misshapen red and green Yoshi eggs more than anything, but even that’s a generous interpretation. Whatever they are, they’re not mushrooms … at least, not the Mario kind. The marshmallows are more like multicolored, real-world fungi.

I’d say we’re not here for the marshmallows, but who am I kidding? The whole point of cereal like this is to eat the marshmallows. The rest of the pieces are just generic, cardboard-esque cereal bits — the obligatory chaff among the marshmallow-y wheat.

I have a lot of marshmallow thoughts, and I’m sorry. Anyway. On to the taste test.

Ashley took a spoonful first as I watched intently. Reassuringly, she took another. Super Mario Cereal was, despite its deficiencies, perfectly edible.

I asked Ashley for her brief, official review afterward.

“It’s as if Lucky Charms gave itself a spray tan with some mild berry flavoring,” she said.

That sounds right to me, based on my own experience. Again: Not bad! Just not great.

Anyway, the main appeal of Super Mario Cereal is that the box is an amiibo. Literally: The box is the amiibo. You have to smash the box against your Nintendo Switch in order to activate the special surprise.

After expending all of that energy, the big surprise is the same thing that any other amiibo gets you: a Power Moon. It sucks. There’s some nice flavor text, but five minutes later, I discovered that there was absolutely nothing special about this gigantic amiibo.

At least the box is pretty. 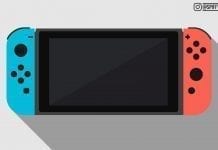 Switch has now sold more than Wii in Japan