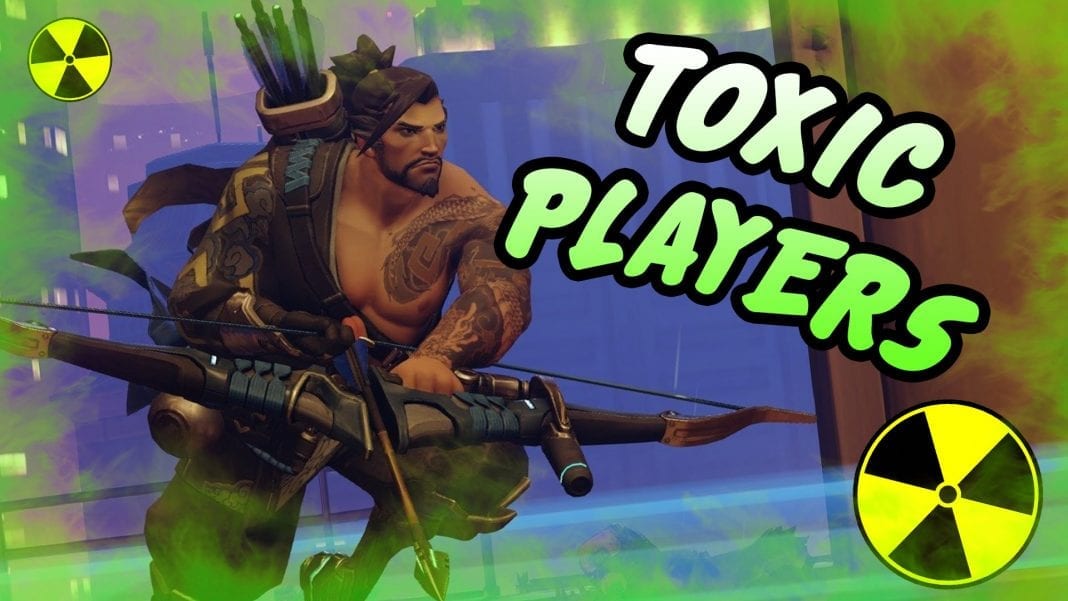 Ever since the Play Nice, Play Fair development update from Blizzard, the community has been focused on the nitty gritty of harassment in Overwatch.

With Blizzard recently announcing that the game has 35 million players, there’s obviously more than a few different opinions on how the developers should handle toxic players who hop on voice chat to ream out a teammate.

Blizzard’s official statement on the matter is pretty clear: “If you are a bad person doing bad things in Overwatch, we don’t want you in Overwatch.”

That being said, their results haven’t always lined up with their intent. Early on in the game’s life, we saw ‘gg ez’ in all chat get turned into a pithy joke phrases. More recently, Blizzard piloted a new email response program to successful reports. Right now, the infrastructure for handling reports seems anameic compared to the influx of toxic behavior that players report experiencing.

Most of the discussion of toxic behavior in Overwatch is anecdotal; there aren’t a lot of statistics available to the public to work with. Furthermore, we all remember the bad games where we log on, listen to the primal screams from an allied Genji who demands to know where his heals are, and then log off with a lower competitive ranking and a deep sense of despair in the general state of humanity. I have played over one hundred hours of Pharah, and I can fleetingly remember some really great Play of the Games, and an overall sense of satisfaction, but the thing I remember most from my experience in competitive Overwatch over the last few months is a string of rough games.

Game number one immediately ended when our Mercy left over a dispute over appropriate support choice, and as the cancellation timer ended, our Soldier 76 let out an eight second scream of despair. I waited a minute to avoid that guy and got into another game, where my brand new gaming PC got me into the lobby first. I locked in Pharah, and three other people locked in DPS. I shrugged, switched to D.Va, and then listened to our DPS bicker with each other, try to micromanage my Defense Matrix usage, and hurl slurs around casually. As soon as I spoke in game three, someone jeered: “Is that a girl, or a kid? Is it cool if I fuck you?”

I logged off and didn’t play Overwatch again for a long while after this one.

These experiences aren’t uncommon. Nicole, an Overwatch streamer, posted a video rounding up some of the abuse she has experienced from other players. (It’s worth noting that the language in this video is pretty ugly and includes gendered slurs, so be aware before you listen.)

Nicole writes in the video description:

Let me first start off by saying that I’m a twitch streamer and I play overwatch for 4-5 hours every day and have to deal with a LOT of bullshit. This is just a collection of the toxic moments people from my stream remembered to clip over the past 4 months or so and I decided to put them into a video to show how awful this community can really be. (It can also be great too!) None of these insults were even remotely warranted, and most attacked me specifically because of my gender.

The video was posted to /r/Overwatch on Reddit, racking up 26.8k upvotes and 3260 comments. The discussion was locked, with this brief message:

Unfortunately the subreddit is not capable of having a fair, honest, and civil discussion on this topic. We wish we could have the conversation this issue deserves, but Reddit isn’t the place.

I’ve been playing games since I was four and I could hold a NES controller, and Nicole’s video didn’t shock me at all. At this point, I’ve told the stories of my awkward teenagerdom growing into gaming a thousand times to friends. At a Warhammer tournament in a Games Workshop, I rolled three sixes in a row on a devastating spell, and my opponent told me that he was going to follow me home and rape me to death. At thirteen, I had learned to pick a gender neutral user name. I jumped from competitive game from competitive game, and I continually hit a skill wall. Every time I had to grind hard to improve my skills, I eventually got tired of the continual abuse. (To be fair, I was a horrendous Spy.)

At sixteen, I was hardened in the fires of continual online harassment. I’ve stuck with Overwatch, despite the fact that I’m probably never going to break into gold, because, well… I love the game.

Blizzard have spoken candidly about the demands on their developers and of limited resources. The dynamic between fans and developers, at this point, is starting to feel like a rowdy family of children jostling for dad’s attention. The conversation about online harassment has been hashed out a thousand times, in a thousand forums. Blizzard have been vocal about cleaning up the community, and I honestly take those claims in good faith. That being said, the idea that “play nice, play fair” and gently asking the community to step up their online conduct seems… naive. Whenever I hear this approach, I think back to that gaming table and the cold pit I felt in my stomach when that dude made a deeply personal threat. If someone is capable of saying that face to face, I’m not surprised that he has a thousand peers ready to say similar stuff in voice chat.

There’s one moment of Overwatch voice chat that is equally petty and satisfying, and I hoard it in my memories like a precious gem. As we loaded into the Temple of Anubis and locked in our heroes, our Soldier 76 started to snap at our Mercy. Mercy snapped back with the tell tale sounds of a female voice over voice chat, and the 76 tried to outshout her. I chimed in, and then our D.Va, and then our Lucio.

Four female voices all shouted 76 down into silence, and after the game, we all sent each other friend requests. There was something deeply satisfying in not just playing, but knowing that for once, the power was in our court.