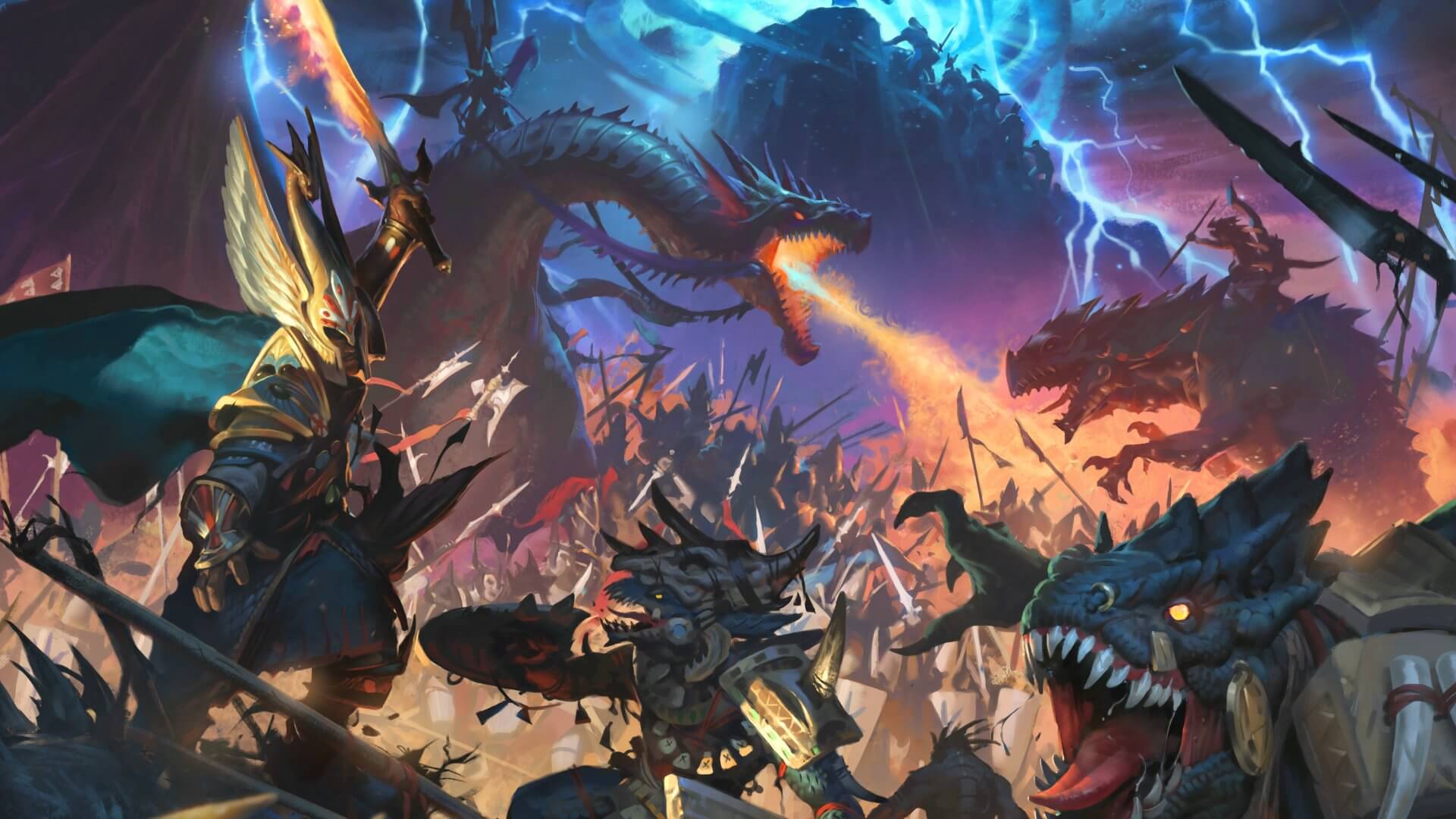 It is done. I am victorious.

ll hail the Elven master of armies! I have finally completed one of the beloved Total War series campaigns – namely Total War Warhammer II, and it only took 185 hours!

But, why so long? Why such elation? All will be answered faithful readers as I give you…

No, not the song sang in sinister yet seductive tones from beloved national treasure Jeremy Irons, but genuine homework and graft. To explain said preparation, I must first transport you back to the Christmas of 1986. Twas a Christmas that would change my life forever, as an intrigued 8-year-old nearly soiled himself with excitement at opening a NES System. Super Mario Bros, Super Mario Bros II, Robocop (Fuck you Ed209) and many more games that would entertain me for years. So, a gamer hooked early, years of learning game mechanics and practising – that’s presumably the preparation we are talking about? Actually, no.

Plot twist; the NES was the last system I would own until the latest generation of consoles! (I briefly had a Wii, but I’m not really counting that!). This was mostly due to spending my childhood basically living at a friend’s house with access to first the SNES and then the N64 and so on, negating my need to save hard earned pennies. As such, hard earned pennies could be spent on other things, in this case plastic crack. Fear not generations Z and Alpha, this is not a variation of the drug we all know and love, but the in-hobby nomenclature for buying plastic wargaming figurines, an addictive past-time.

Through this, I was introduced to the world of Warhammer, firstly as a teenager to the 40K universe of Space Marines and laser guns, “pew pew”, and then as a young adult to Warhammer Fantasy Battles. The many years playing the latter would be valuable research for the future Total War game. Firstly, it gave me a solid insight into the different race characteristics and play styles: High Elves – magicy and defensivey, Dwarves – armoury and shooty, Skaven – tricksy and, well, fucking mental, and so on and so forth.

More so, it gave me a detailed understanding on a unit level, providing valuable information on how to both play and counter most unit types. Admittedly, all this information can be summoned from the great portal promptly if you worship the Gods of Google and YouTube, but it was information I inherently knew before setting out on my campaign’s beginnings

Do you like magic? Don’t pick the Dwarves then. Are you aggressive? Maybe don’t go High Elves. Do you like everything in order, in its place? Avoid Skaven like the plague then – literally, they’re disorganised, chaotic and plague ridden.

But more so than simple thematic preference, the game warns you which leaders are easier to get to grip with in the campaign, and which will feel like an uphill struggle… in a gale…with asthma… carrying your mum. If you are a keyboard ninja, with cat like senses, preferably extra fingers and have memorised Sun Tzu’s The Art of War, you can pick one of the races that requires constant micro-managing of the units during battle, usually simultaneously. If you are more vanilla human folk, like me, pick the Elves, buy the best archers in the game, sit back and shoot them to shit!

Fear not prospective players, it is not 185 hours per campaign. This was actually the time spent playing in total, consisting of the celebrated completed campaign, a three-quarter-finished campaign and a half-finished joint campaign. Though all useful in helping understand the game better and practice my chosen race – the High Elves, they finished prematurely for varying reasons. The joint campaign didn’t reach its jubilant conclusion due to time constraints and hardware issues.

Played almost LAN party stylee in the same room, I played on my high-end PC desktop with glorious shiny graphics level and insane speed, whilst my friend participated on his once high-end gaming laptop, now struggling to run even basic graphics and keep up with the demanding requirements of the game akin to an inebriated, hobbled sloth coughing up blood. Such frustrating waiting times and the inability to get together too often led to the game fizzling out.

But if hardware was the culprit in this campaign, my first outing into a solo campaign was definitely an issue of software. To understand my issue with this campaign you must first understand how High Elves play on a campaign level. Whilst building your economic empire you are courteous and respective to allies, building alliances and trade partners. They are far more nuanced that brutish invaders and conquerors, preferring to build trust and reliability to gain momentum in the campaign.

A key mechanic of this is the ability to confederate other High Elf factions into your army – a merger if you will. In my particular game, I had confederated every Elf faction bar one. The huge equally sized faction run by Alarielle the supposedly radiant, who shared an island with me but refused to join forces. Such obstinance was seriously hindering my campaign as I fell further behind other races.

After sucking up to her at court incessantly for the latter half of the campaign, we were as close as two beings could be without one being inside the other, but it was all to no avail. Finally caving to the pressure and a little Google-fu later, I discovered she would not confederate ever, as I hadn’t bought the DLC that unlocked her as a playable character. Almost rage quitting the game for good and questioning such deplorable tactics from games companies that don’t consist of two vowels, I stopped the campaign immediately and took a 6-month break. Bad show Creative Assembly and Sega, bad show.

Short one here. Save. I mean, like fucking always. Before every battle – save. Set the auto saves to be ridiculously regularly – buy extra storage for this if required. Save before. Save after. In fact, to be safe in the – save – middle also. You will only need your main army wiped in its entirety once and find the last save file was from 4 hours previous, to appreciate the importance of this. Like actual tears important. Shut up, I’m not crying, you’re crying!

Hopefully, like me, all your preparation, army picking, hard graft and constant saving has led you to something like a successful campaign. Third time around and over 100 hours in, it was now about fine-tuning the little nuances to make the game easier. Simple things like mastering how to line up two armies within circles precisely, so that when attacking a formidable foe, you have the second army as reinforcement, rather than accidently fight him separately, and feed him both a delicious starter and main course. Also, finessing the settlement building, so you put the right buildings where they should be and don’t double up.

How to manipulatively send your allies after priority targets to aid you. Use the terrain features to your advantage. Don’t befriend your ally’s enemies or start war with your ally’s friends. When to pause mid-battle, when to play and when to speed up. You get it, all the minutiae that stop you sucking.

So, there it is. I could add double the points, but who has the time!  This was just my journey through – experiences may vary. Either way, enjoy the rank and file, the magic, the monsters, the diplomacy and the plain and simple bludgeoning to death of your enemies so can see them driven before you, and hear the lamentations of their women!

Peace out. Save. Z