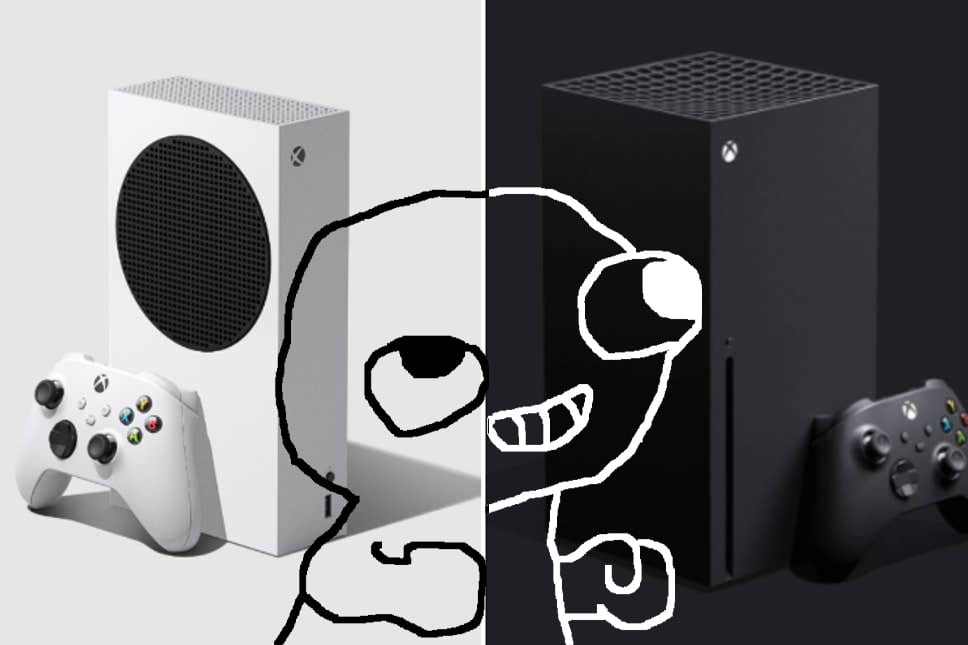 The worst kept secret in “next-gen” rumour mills, the Xbox Series S, was given official confirmation by Microsoft this morning, with a release date of November 10th at a cost of £249.99. It is a digital-only console, with no optical disc drive.

In a tweet revealing the slender white cousin to the full-fat next-gen Series X, Microsoft claimed it offered “next-gen performance in our smallest Xbox console ever.” An interesting claim. Here it is:

How can it be next gen at that price exactly?

An excellent question, and one that Microsoft can get away with claiming if you don’t consider native 4K resolution as a defining characteristic of next-gen. To be fair, the Xbox One X gave us native 4K back in 2017…

No, in this instance Microsoft is clearly trying to define next-gen console gaming by the underlying technologies, such as:

That’s right, 1440p. It is a great target resolution for PC gamers, but a console on a TV??

If AMD’s Navi 2 architecture powering the new boxes can deliver an adequate equivalent to Nvidia’s excellent DLSS, then 1440p with ray tracing and variable rate shaders could end up looking almost as good as the full-fat 4K Series X. Time will tell on that one.

As for the Series X it also gets a November 10th release at $499 (UK pricing unconfirmed as of this time).

That price is pretty reasonable we would say, considering all the speculation that the machine was to cost a hell of a lot more. The company will undoubtedly be selling at a big loss but with positioning Xbox more than just a hardware brand, but as a games service available on multiple platforms and devices with the excellent value for money Game Pass, the company has a solid financial plan going forward.

What about PlayStation 5, bro?

It doesn’t have full backwards compatibility on offer, unlike the Xboxes, and Sony doesn’t have a Game Pass either, a ‘Netflix for games’ style service, to offset hardware costs in the same way (no, we don’t count PS Now as a reasonable equivalent in its current guise). And it doesn’t seem to be offering a cheaper 1440p “next-gen” console either.

It’s clear Sony want a clean break from the PS4 – a more traditional step change that has defined most console generations to date.

And now that Microsoft has played its hand on price, will Sony look to undercut the Series X? Can Sony afford to undercut it? I’m sure we’ll find out soon enough.

Which machine are you interested in? Or are you laughing at this nonsense being, as you are, a member of the PC master race? Comments below.