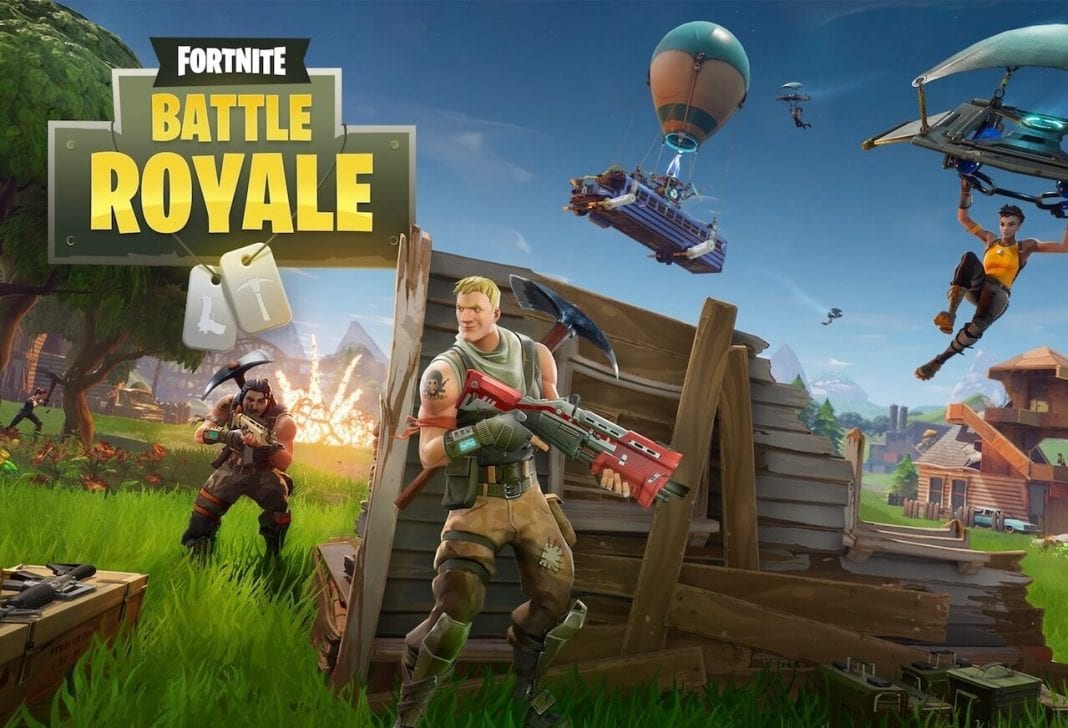 Alright survivors Nerdy Dwarf here and I’m ready to tell you to buckle up, jump out of a flying bus and use your metal umbrella to parachute down before shooting your buddies. No seriously.

Fortnite is the new (kind of) game released by award winning Epic Games, known for their gears of war and unreal series, though it has already been released technically as a build and survive story mode game, due to become free early next year, the PVP mode has been made a free standalone download, and that is what we are here to talk about.

All players, PC, PS4 and Xbox One can now get battle royale mode without paying a single penny, where you alone will stand among up to 99 other players, to be the sole survivor.

Now I should mention there is also a squad mode, where you can team with a maximum of 3 other friends or randomers, giving you a better chance of survival relying on others to both have your back and revive you.

At the time of writing this there is no customisation but we hope to see some in the future, so you do start with a rather generic character, however this is a small variety of them, so you’re not going to be left looking identical to everyone else.

So let’s take you through a battle, from the beginning, including the good, the bad, and the downright weird. From the moment matchmaking is complete, (which admittedly may take some time, the servers are not that great, but they work) you start off in this small social hub, just to give people a chance to spawn in, or render, or run around hitting others with oversized pick axes and dance, which is most likely, but more on that later.

After a brief countdown you all pile on to a jet powered bus, which I’m still trying to figure out is either a school or prison bus, with rockets on the wheels and the map coming to view below you, you jump. Plummeting towards the ground, using what little time you have to pick your spot, before deploying your umbrella or glider, to land safely and behind your exploration. 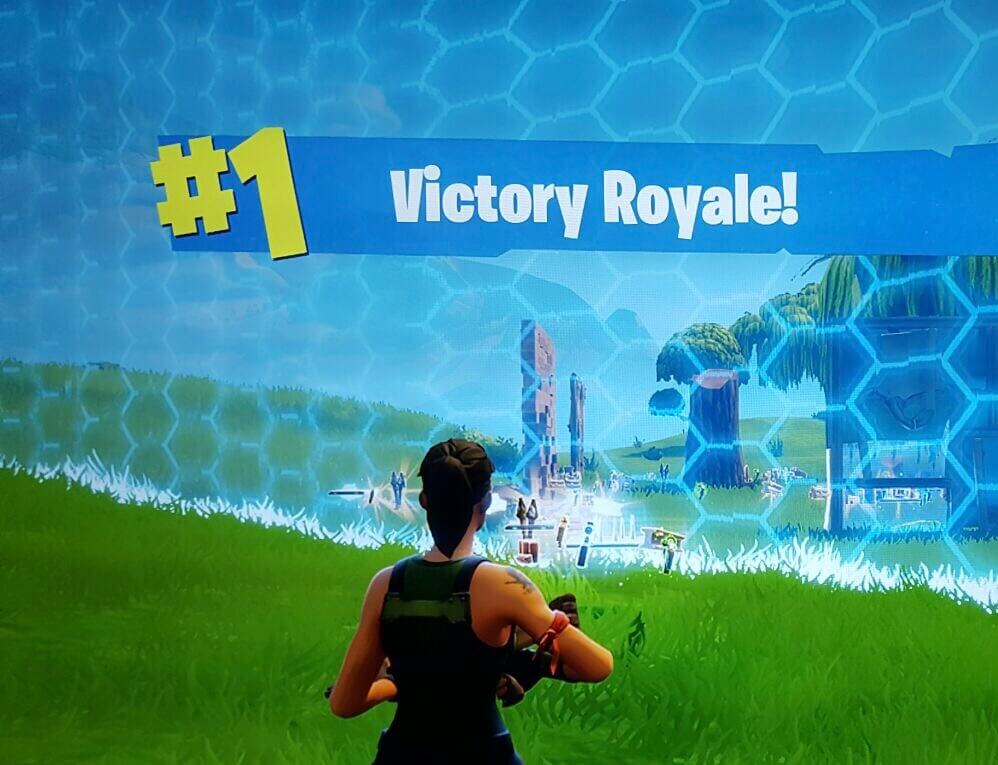 Now we are faced with a choice, everybody starts with a pickaxe, large, impossible to swing realistically and in all fairness not that useful. It can destroy buildings and structures to gather materials. These materials, brick, wood or metal, can be used to craft, mostly walls and slopes, which in a survival death match could be seen as a great advantage. Though this game, camping is not the best way forward.

Everyone has one mutual threat. The storm.

This ominous purple cloud starts moving at regular intervals, surrounding the edges of the map and periodically bringing the battlefield down to one small circle. Though not an instant loss, if caught out there, you will deteriorate and end up getting knocked out of the match. The trick is to keep moving, using the map you can find the safe spot, but so can everyone else. You will find a wide array of weaponry and ammo lying around, or tune your ears into that beautiful sound indicating a chest nearby, this is when the crafting system comes into account most.

The chests may not be that easy to find, but well worth it, rocket launchers, machine guns, grenades and health packs, whatever can give you the edge to get that sweet sweet victory. Sometimes it may be worth it build a few steps or a wall or two, others will be competing, and being the final survivor is no easy task.

It can’t go without being said, many have called this a clone of another very popular battle royale style game, and yes, we all know PUBG is coming to consoles soon, but there are some key differences, other than the unique crafting system, it’s the cartoonish and fun graphics and game play that make this so much less serious. It’s sort of like the little brother of death match games.

In a way, it’s cute, no blood, no swearing, and as previously mentioned, as tense as it can be, hiding in a bush or behind a low wall, you’ll hear that distant noise of a dance track, maybe techno or party dance, and there’ll be someone doing the running man behind you before striking a pose. It’s hilarious, and distracting, can’t help but smile with the rage hidden as you was so close to that legendary purple scar-h with a full clip and you spent too long watching the funny man dance….. trust me, as silly as that sounds, you will know the feeling.

Fortnite: Battle Royale now free as a standalone download, for PC, PS4 and Xbox One, upto 100 player versus player deathmatch, will you achieve victory royale?