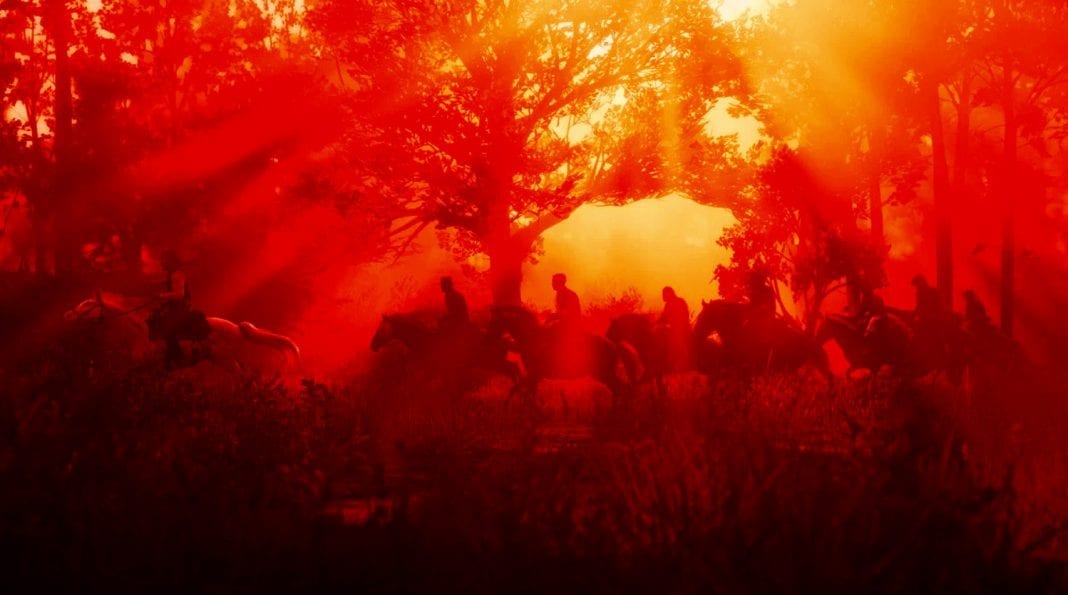 “Do a RDR2 Online video for the website? Sure no worries, let’s record that later…”

Little did I know such a casual sentence would mark the beginning of an epic quest to successfully load a game I had already played 50 hours of on my PC weeks previously. A journey of confusion, annoyance, incredible frustration, and, I’m happy to finally say, salvation.

This is the unwelcome task of getting Rockstar games to play properly on PC. A problem that a worrying number of gamers still face.

It all started when the legendary developer decided to follow the popular trend and create their own games launcher. We all wish they hadn’t…

When Red Dead Redemption 2 launched on PC last autumn I was, like many folk, excited about playing it on the most powerful hardware I own – having thoroughly loved the experience on my Xbox.

However, around the same time came the release of said infamous launcher, that not only caused odd errors for those trying to load RDR2, but the by now long term PC released GTA V as well.

The main complaint was that the launcher would crash as soon as you tried to load the game. No error code, just a ‘quit unexpectedly’ message. The worst thing, however, was that at the time of launch RDR2 was only playable via the Rockstar Games Launcher. So, if you were stuck at this point, you were truly fucked.

In the months since the game has appeared on the Epic and Steam stores, and Rockstar have released a slue of patches to the launcher. For most of us these changes have been enough to remedy things. It was for me, after a week or two of waiting for the fixes back in October I was excitedly ‘makin’ noise’ as Arthur Morgan in the PC version of the game for the first time.

But that brings us to the now (well three days ago to be precise) and that innocuous phrase ‘let’s record that later’ – the game wouldn’t load, the launcher had ‘quit unexpectedly’…

72 hours on (with little sleep and zero patience) I’m finally back in game, no technical issues to report (so far at least).

For what it’s worth, here’s my take on all the solutions I tried (before solution 12 finally worked), and a word of warning that despite all the fixes, it can still happen again.

Shortly after the game’s PC debut Rockstar quickly populated a page on their support site detailing potential fixes to the launcher crash issue. Unfortunately, most of these fixes seem fairly useless, judging by comments on numerous forums and my own personal experience. But for what it’s worth, try these basic steps first (it could save you many hours of time):

Run RDR2.exe as an administrator

This is easy enough and a good starting point if the Rockstar suggestions did nothing. Open the Rockstar launcher > click settings > click ‘Red Dead Redemption 2’ from the menu on the left sidebar > click verify game file integrity. This will take a short while and may involve a few prompts to reinstall DirectX, C++, or Vulkan API files. Just click yes to all and let it finish.

The first suggestion in step 1 is updating your graphics drivers, but I would personally recommend you do a complete clean install, as there can be lots of leftover bits of old drivers in the registry and other places. The best way to do this is to download a deep uninstallation tool like this one from: www.wagnardsoft.com

Once you have the removal tool, download a copy of the latest driver for your GPU (Google the manufacturer of your GPU along with the line ‘driver’) and store it somewhere easy to access (e.g. Downloads).

Then you need to boot into safe mode (click start > hold shift + click power > restart, this will bring up an options menu during boot up that’ll let you know choose safe mode). Use the uninstaller first then install your graphics drivers, reboot.

Windows Security Center warned me not to install the Rockstar Games Launcher as it didn’t trust the program wasn’t malicious, and in an unintentionally humorous way it was right! But beyond that, it’s possible Windows security may mistake games files needed during the final phase of installation (DirectX, C++ Runtimes) as dodgy and block them from setting up correctly.

I had a about 10 different Visual C++ runtime editions installed on my PC for some reason (older game sometimes install legacy versions) they are necessary but can get corrupted. Try deleting them all and Windows will redownload them where needed.

This will open the Programs and Features window. Scroll down to anything that says ‘Microsoft Visual C++…’ and delete these files.

One potential conflict is the ‘Rockstar Games’ folder which is created in ‘Documents’ for the current user. If you’re using OneDrive and backing up this folder, there can be a conflict with the cloud backup and your local version, especially if you are using the option in OneDrive to save drive space (which requires OneDrive to download files back to your computer when called for).

Delete this folder on your local PC and your OneDrive cloud drive, located at: onedrive.live.com

The launcher will create a new folder in Documents when you next launch it (you may need to sign into your Social Club account again).

Reinstalling the game altogether can help if there was a corrupt file during installation that the verifying process missed in step 2. I would suggest changing the default location of the install to avoid any issues with bits left over after your first installation that might conflict. To delete the game open the launcher > click settings > click ‘Red Dead Redemption 2’ on the left sidebar > click uninstall game.

You will be taken back to the launcher main screen where there will be a big ‘Install’ button on the RDR2 welcome screen. Click that and before you click OK to proceed, change the location of install in the bar on the top right of the pop up. It doesn’t matter what you change it to, I used: C:\RDR2

Sometimes the registry can have fragments left over that need cleaning up. To do this run system checker tool. Click in the search bar and type ‘Command Prompt’ > right click and select ‘run as administrator’ > type the following line in the black pop up box and hit enter: sfc /scannow

This may take a while and it will inform you if it found/fixed any issues.

Step 9: Try installing the game on Steam or the Epic store

This is a slightly nuts solution as it involves buying the game again, but both stores offer a full refund if you request it within 14 days of purchase and have played less than 2 hours of the game. So at least you can try this and if it works, know for sure it’s the Rockstar launcher that’s stopping you and not the game itself. Then you can take up your grievances with Rockstar directly…

This is a more complex fix as it involves identifying the make and model of your motherboard and CPU. If you don’t know what they are already, I recommend the excellent HWiNFO tool. It’s free and gives a comprehensive list of all your PC components.

Once you know what you’ve got, Google the name of your motherboard and CPU along with the term ‘driver’. You should fine links to pages where you can download the latest files. For the BIOS, there should also be the latest versions available to your board on their website, usually listed under the ‘support’ or ‘downloads’ tab. WARNING: Updating your BIOS can go wrong if you don’t follow the instructions very carefully! Make sure not to turn off your system while your BIOS updates.

This is pretty much the nuclear option, but it has been known to work for some. Type ‘Reset This PC’ in the search bar and an option will come up. Follow the instructions to do a fresh install of windows wiping all your files. I would consider this a last resort option!

Finally, we get to what worked for me. I had decided months back to try the Windows Insider Program, which basically allows you to preview experimental versions of Windows before they are formed until the next official Windows update. The plus side is that you get to try new things early, the downside is that it can cause conflicts and incompatibilities with programs you run.

I hadn’t realised I was still signed up to the preview builds, as several weeks back I had thought I had successfully opted out through the windows settings – it turns out I hadn’t.

To check which version of Windows you’re running click the search bar and type ‘About your PC’ > scroll down to the bottom of the popup and read the numbers after the lines ‘Version’ and ‘OS Build’. Now Google those numbers – the current standard build as of this writing is version: 2004 / build:19041.27.

If you search results indicate you’re using a preview or insider build, click search once again and type ‘Windows Insider Programme’ > look down the list and click the slider labelled ‘Stop getting preview builds’.

Now type ‘windows update’ in the search bar and click the button to check for latest updates. In my case this triggered a big download of OS version 2004. Once it was downloaded and fully installed, I was able to play RDR2 once again at last!

The moral of the tale

I hope this list provides a useful guide to anyone suffering with this deeply frustrating issue and that it serve as a warning – Rockstar games can be buggy and unreliable on PC, especially when the launcher is involved. If you’re not bothered about which platform you play on, get their games on console instead!