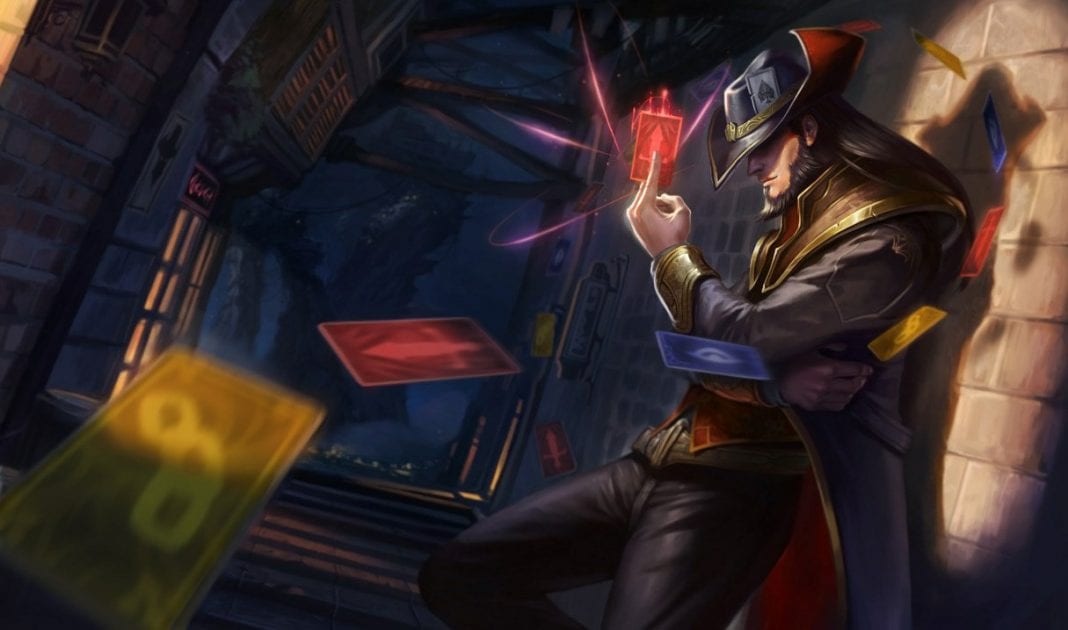 Various video games feature gamblers, and it is typically the case that they are villains.

Some even use playing cards and other gambling tools as weapons. Here is a look at some of the most famous game characters who love the thrill of gambling.

Danganronpa: Trigger Happy Havoc is a visual novel adventure game in which you take on the role of Makoto Naegi, who finds himself trapped in a game of killing. One of the game’s most nefarious characters is Celestia Ludenberg, who is famous for her ability to manipulate others. She is also a gambler who can lie with a straight face, and she will do anything to win. Indeed, she often puts her life on the line simply to accumulate more wealth. Celestia Ludenberg believes that everyone has a degree of luck in-built into them, and she thinks she is luckier than anyone else.

Twisted Fate from League of Legends

Defense of the Ancients inspired the multiplayer online battle arena game League of Legends. One of the game’s most memorable characters is Twisted Fate, who was born to a nomadic race that swindles people out of their money in gambling tents. Known as The Master of Cards, Twisted Fate uses magic cards in battles that can increase his attributes, and be thrown as projectiles. His cards can also predict the future of his enemies. How are your card skills? The playing cards in games at an online casino may not be infused with magic, but you can still have a magical time playing casino live games like poker and roulette with real dealers in real-time.

A spin-off to the Mega Man X franchise, Mega Man X: Command Mission is set in the 23rd century. A substance called Force Metal has been discovered that enables the engineering of humanoid androids who have human-level intelligence. At first, the game’s character Spider appears to be on the side of the good, but it is soon discovered that he is actually a ruthless villain. He arms himself with playing cards, and his signature move involves knowledge of five-card poker. The effectiveness of his attacks is determined by what cards he is holding.

Luxord from the Kingdom Hearts Series

In the Kingdom Hearts series of action RPGs, the protagonist Sora has experiences with many famous characters from the world of Disney, Pixar, and Square Enix. The game includes a member of the notorious Organization XIII, Luxord, who performs secret experiments and forces his enemies to play elaborate games of chance. He works gambling metaphors into almost every sentence he utters. And when the so-called Gambler of Fate is drawn into battle, he arms himself with razor-sharp playing cards of varying sizes. Furthermore, Luxord can turn himself and his enemies into playing cards. Life is a game for Luxord, and he never gets bored of playing it.

In the run and gun video game Cuphead, the protagonist and his brother fight through various levels to fight crime bosses so that the twosome can repay their debt to the devil. The character King Dice is the devil’s right-hand-man. He serves as the gatekeeper between the overworlds. The evil die-headed character loves to hang out in a gambling house. Before Cuphead and his brother Mugman are able to fight King Dice, the two protagonists must participate in a game of chance. Not only do they have to take on King Dice. They also have to take on his henchmen who are all based on common casino items, such as roulette wheels and poker chips.

Setzer Gabbiani is a playable character from the hugely successful RPG Final Fantasy VI. He is a wandering gambler who has a casino aboard his airship, which is aptly called the Blackjack. He became a thrill-seeker at an early age, which surely helped him to become a keen gambler, but he also gambles to distract himself from the hardships of his past. Along with his airship of gaming tables, Setzer often makes decisions based on the toss of a coin. He also arms himself with dice and playing cards that he uses as weapons. He loves playing the odds and is more than willing to up the ante for his own life.