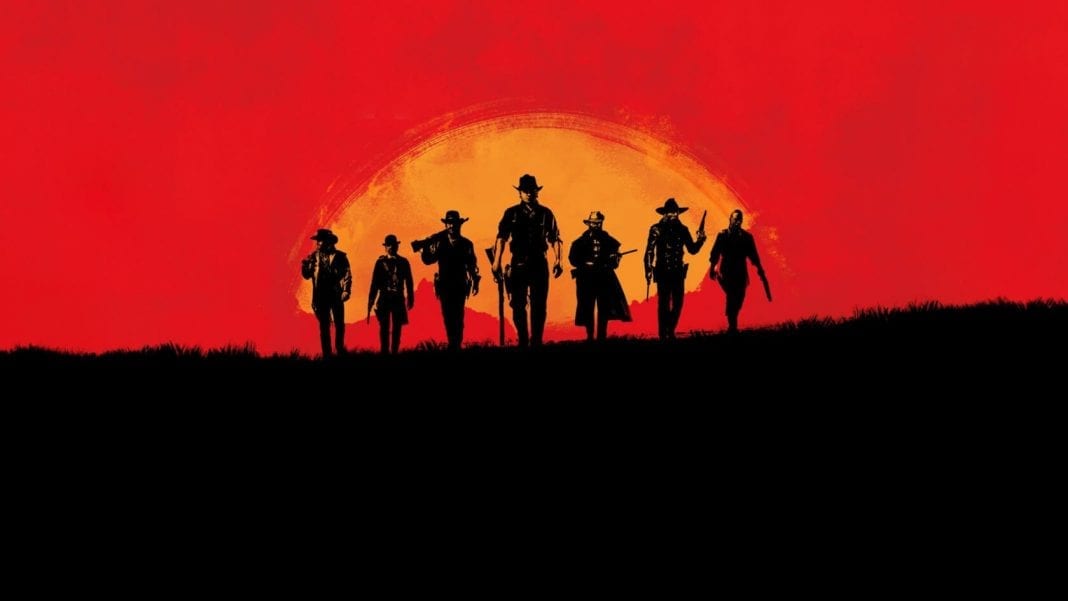 Here’s my take on the good, bad and downright ugly aspects of Red Dead Redemption 2. So let’s get to it, ya varmints! (don’t worry, no spoilers). 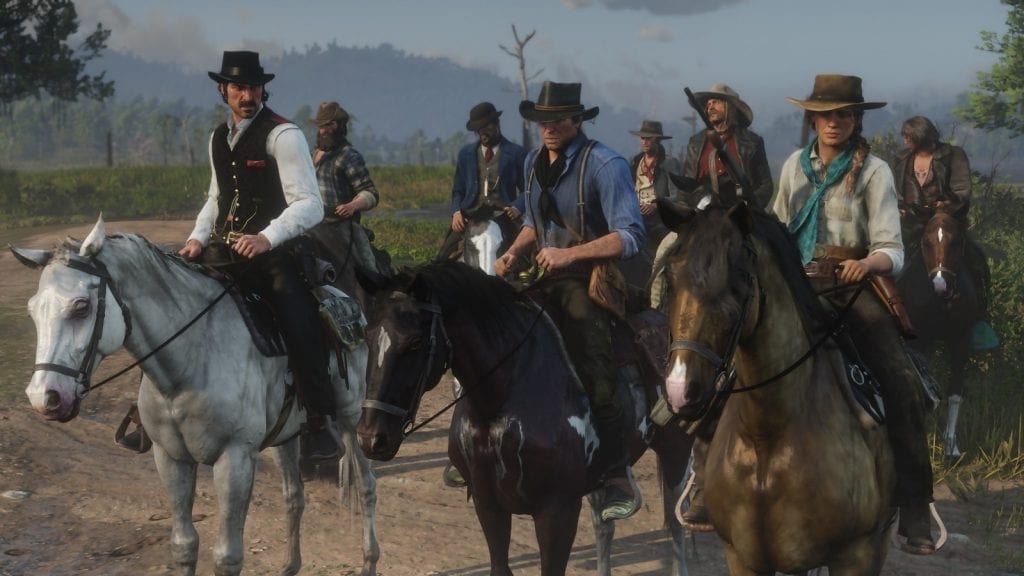 Probably the best thing about Red Dead 2 (and most Rockstar games for that matter) are the richly written characters. Full of personality, quirks and memorable moments, all the principle players get ample chance to shine serving both as inspiration and on some notable occasions, deep frustration to the player. By the end of the story you feel like you really know these people, as if you could look them up on Wikipedia and check how faithful the game was in re-creating their life in digital form.

I only truly appreciated Red Dead 2’s graphics when I stopped playing and went back to some other recent AAA games on my Xbox One X. It’s not the basic fidelity that shines so much as the granular detail on display. Objects like leaves move realistically as you brush past them, the muscles and sinews on my horse’s backside contort with painstaking detail as I ride around the world – and that world itself feels like a real place with a delicate attention to detail, from the footprints left in mud to the charred remains of old buildings, there’s a profuse amount of detail everywhere.

Just as important (although less obvious than the graphics) is the subtle yet extremely effective soundtrack. Music floats into moments almost unnoticed and yet it always manages to enhance the feel of a scene – even if you’re just trudging across a soggy terrain, the score somehow manages to make even a mundane moment feel weightier and more purposeful.

One good aspect can also be a bad one (see about long commutes below) as the game forces you into a slower rhythm (fitting for the games 1899 setting) than a lot of young gamers will be used to – there’s very little instant gratification here.  At first I wasn’t that keen, but like a kid who’s had their phone confiscated for the weekend in order to spend time camping in a beautiful wilderness without distractions, you’ll most likely come to like the change of pace. RD2 makes you appreciate not just the destination but the journey in the beautifully detailed world you’re occupying. 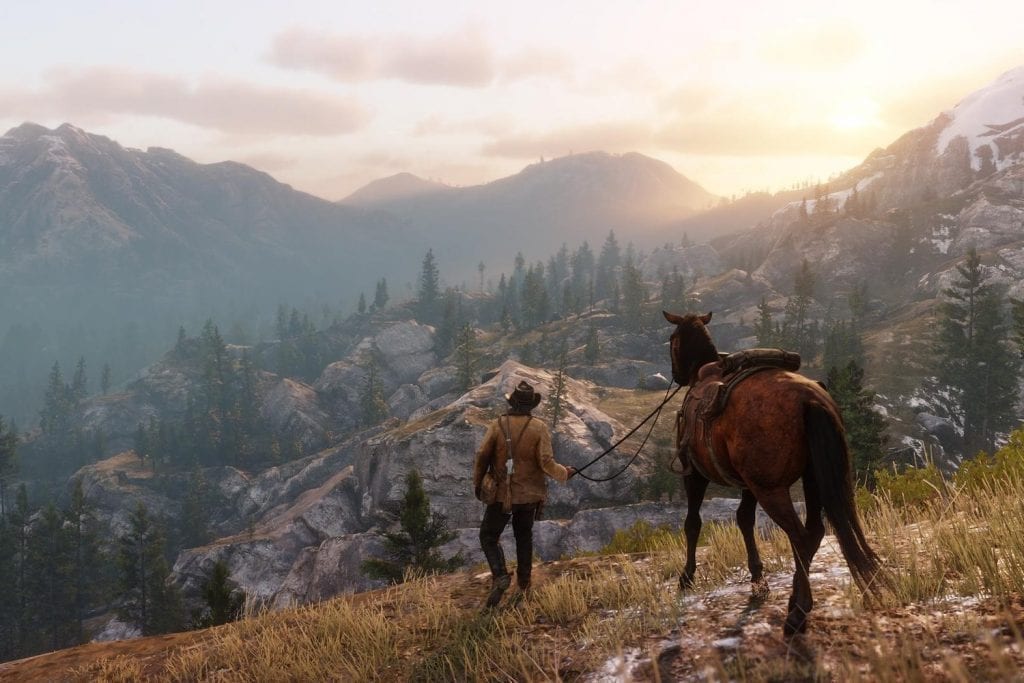 Despite some great characters and a fabulous script, the main story itself doesn’t really go anywhere. The character arcs are well realised, but the overall plot meanders around and pretty much fizzles out by the end.  And the epilogue? Talk about anti-climactic. The way the main story finishes so dramatically but then immediately transitions into a lame after story is confusing and unnecessary. The credits should have rolled followed by a ‘do you want to play the epilogue now?’ message.

Despite the beauty and detail of your surroundings there are times when you want to get around more quickly, which the game is a little reluctant to let you do. Sure you can unlock a fast travel map at your camp or take trains and stage coaches (if they’re available at that moment) to certain areas, but more often than not you’ll be left with many very long journeys – not such a problem if you’re on an exciting mission, but if all you’re trying to do is sell a shiny trinket to a fence (illegal goods trader) who happens to be about 20 miles away from current location it can get a bit tedious. 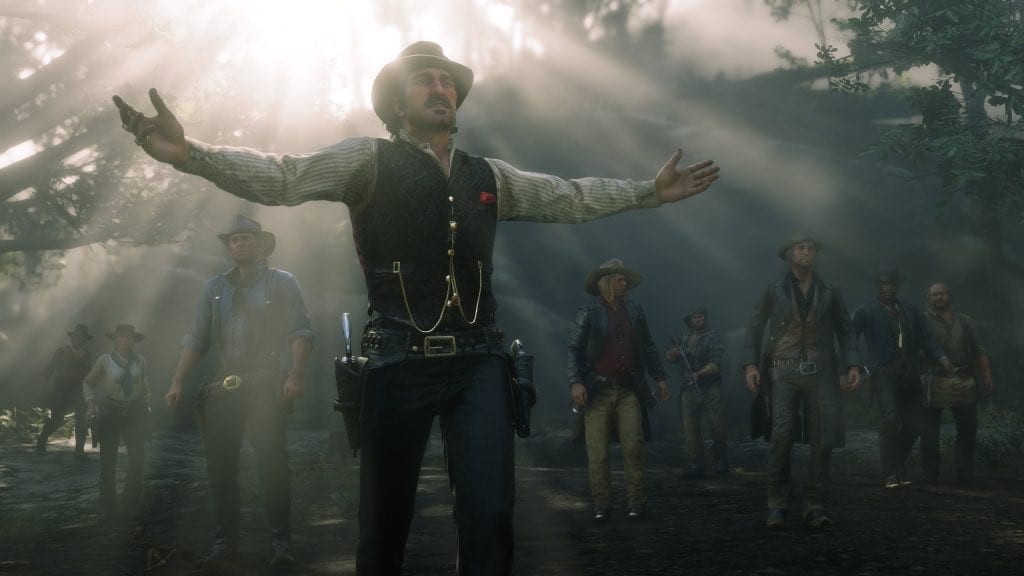 The most frustrating thing about playing Red Dead 2 for me were the constantly annoying transitions – hitching your horse, opening a door, searching a cupboard – unless you’re lined up in the perfect position before activating the function you’ll be treated to an annoying slip ‘n’ slide as your character moves back, forwards, round and back again in order to line up to do the most basic thing like grab a door handle – or sometimes after all that dancing around nothing at all. This might sound like a pointless complaint as many games struggle in these moments, but it stands out because Red Dead 2 is so good at animation when you’re not starting a new interaction event. And what makes matters worse is the tedious nature of trying to select one specific object among many laid out on a table, requiring you to gentle nudge your player around and around until you can highlight it properly. Lame.

It seems so bloody weird that Rockstar with all its technical wizardry would completely screw up HDR, but they did. The game forces an SDR signal into an HDR container, meaning the image is either washed out with raised blacks if you up the ’HDR’ brightness value, or the image is way too dark if you set it to the recommended low brightness level. Epic fail. Fortunately there is a way around this, just turn off HDR output in your console settings. The game looks so much better for it.

What do you reckon? If you agree or disagree, comment below (ya god damn O’Driscoll!)