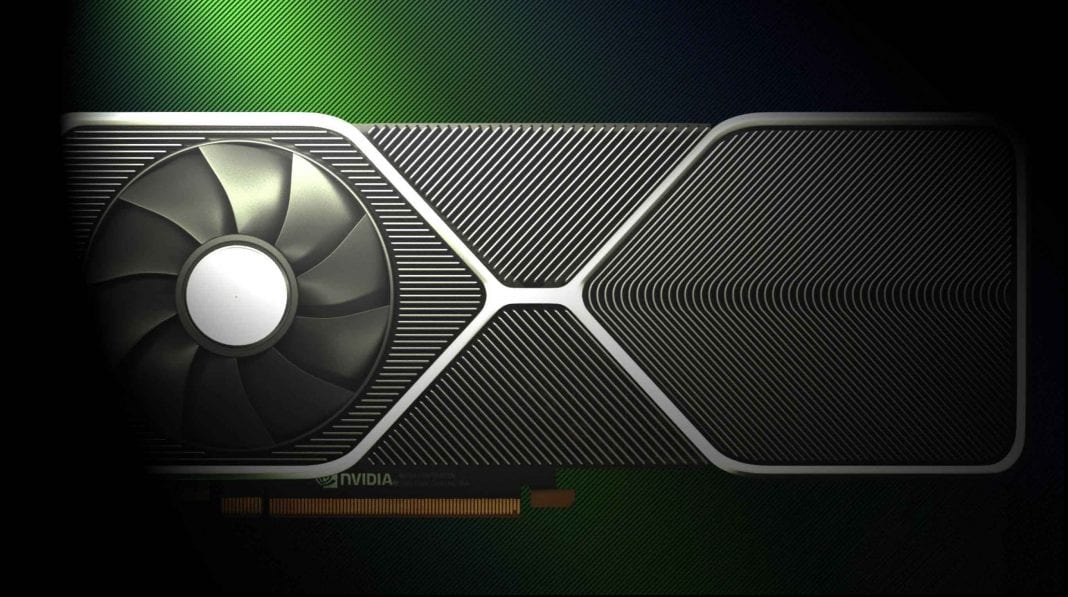 We’ve been anticipating Nvidia’s 2020 lineup for what seems like forever due to lockdown and we’ve now had a mouth-watering glimpse at what will presumably be one of the firm’s top of the range cards for this year, the well-endowed RTX 3090.

If the leak is to be believed, this monstrous slice of silicon looks to be about twice the size of 2019s power-house card of choice, the RTX 2080.

Now these of course are just rumours so take it with an arm of salt, but we reckon the pictures look pretty legit.

What about specs, bra??

Yes size isn’t everything (many of my nerdy friends keep telling me) so with that in mind let’s check in with what we know.

First up, you can see from the pictures that this card will likely eat up 3 slots on the back of your case, so it’s a long and chunky polygon pusher.

The stated TDP is 350w which is pretty insane, but not unexpected given the stupidly large dimensions.

In fact, with those requirements, expect a whole new type of power connector (something that has been rumoured for some time).

This beast sports two hefty fans on top of a thick slab of heat sink, so we should expect some crazy clocks only made possible by this chonky set up.

Initially, the leaker posted an RRP of $2000, but it was soon edited down to a more reasonable (and believable) $1400. So in line with a current-gen RTX 2080ti launch price then.

We can’t give you an estimated release date, sadly. But If I were a betting man, I would guess at a late September to early October launch window for these new ‘Ampere’ tech cards.

As for that monstrous size? Well you know what they say – once you go big, you never bad rig. You dig?