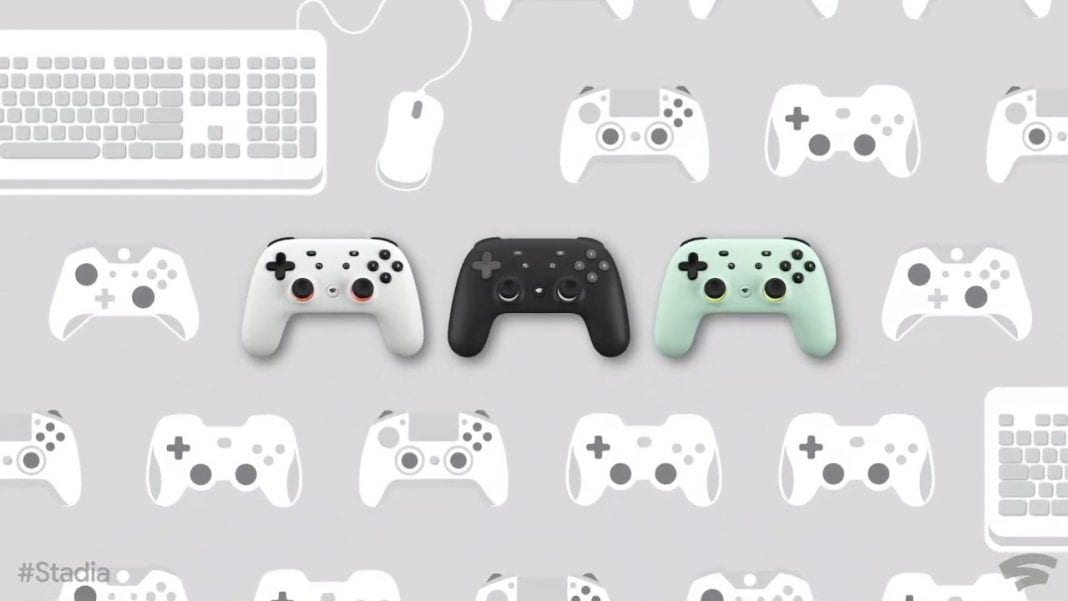 Google has thrown Stadia at us well before it should have.

Yes it’s here. Google’s great white elephant has arrived, the future in the palm of our hands, anytime anywhere. Stadia. Doesn’t it conjure up images of a great shining colosseum in all it’s grandure? A bold and beautiful arena to ply ones games in?

I’m sure you’ve read all about it by now and, like the modern day colosseum in Rome, are worried it’s crumbling into obsolescence before it’s barely started.

Is it terminal? Or are these mere teething problems that all new platforms face that we’ll all soon forget about?

The most obvious is the service launching without a ton of features that are supposed to go hand in hand with the whole experience.

Currently there is no achievement system, Family Link (let’s parents set limits on content) Stream Connect (allows local multiplayer linkup) State Share and Crowd Play (more stuff they announced that doesn’t exist right now) it won’t work on your exisitng Chromecast (only on a newly purchased Ultra) or most Android phones and no, it’s not available on iOS (and who the hell knows when it will be, if ever).

If you were hoping that the ‘ultra high end’ streaming servers that Google has slapped together would totally outdo the current local console experience you’d be wrong.

So it’s pretty bare bones to say the least. To be fair, many new systems arrive with a limited feature set but in this case it feels particularly undercooked – like eating a Christmas Turkey that’s only been in the oven for 30 mins and hoping it’s not going to make you puke all over the the relatives. You’re gonna be pissed (and shit yourself too, most likely).

Let’s talk about what really matters though – the streaming quality. And yes I’m putting this down as a negative too.

If you were hoping that the ‘ultra high end’ servers that Google has slapped together would totally outdo the current local console experience, think again. The visual quality is decent (assuming you are on the 4K pricing tier, more on that coming), but considering the hype about 10.7 terlaflops of custom tuned hardware there’s no advantage to streaming any of the slim list of AAA games on offer versus their traditional fully downloaded console or PC counterparts.

Still resolution isn’t everything, especially if you’re gaming on a phone or tablet. And as any PC gamer worth their salt would know, it’s lag (and hopefully the lack thereof) that’s king.

Although it provides a so-so experience for casual users, the result is (as we all expected) disappointing for proper gamers. And due to it’s pricing (we’re getting to that) Stadia is not likely to be a service that casual gamers sign up to anytime soon.

According to tests run by PC Gamer, Stadia added anything up to 200ms of lag when playing Doom. Ouch, that would get any genuine eSporter twitching with rage.

charging for a subscription, custom hardware AND full price on games that are poorly streamed is just so dumb it’s not even funny. No one is going to buy into this.

So that’s quality covered, but what about pricing? I told you we’d get to this…

First up, as you’d expect as this is a streaming service, you need to subscribe which costs £9.99 per month. That sounds about par.

If however you want a 4K/60 fps experience you’ll need to fork out for a Stadia Premiere Edition (includes a compatible Chromecast Ultra and controller) and that bad boy costs about £130. The controller on it’s own will retail for about £60. And no, you can’t use any other controller you have lying around.

But here’s the thing, that’s just the cost of entry. If you want to play anything on Stadia (other than 1 or two exclusives) you’ll have to pay full price for those games as well. SHIT.

For me this is the most obvious problem with Stadia. It’s just such a stupid financial proposition right now. We can all get on board with something new, in principle, especially if it’s a glimpse of the future. But charging for a subscription, custom hardware AND full price on games that are poorly streamed is just so dumb it’s not even funny. No one is going to buy into this.

So are there are any positives to cling onto here? Yeah sure, for you glass half-fullers, here’s a few.

This is not OnLive – what Google has achieved in a short space of time is a technological marvel. The fact that you can stream 4k/60 fps AAA games in a way that is (mostly) playable is remarkable, and Google should be given credit for the effort.

The fact that you can (in theory) connect to the service from any of your everyday devices, picking up your gameplay from where you left off somewhere else on something else is truly game changing.

And finally there’s the immediacy of the experience. Modern AAA games are massive beasts that will chew through your hard drive space, meaning torturously long downloads and in the case of the current gen consoles, tediously long load times. The Stadia model eliminates all of those concerns, with the promise that hardware improvements can be made remotely – eliminating future costs for users who would otherwise have to periodically update their rigs to gain access to the latest graphics tech.

But that’s all part of the promise. not the actual reality, of games streaming right now.

Google has taken a bold leap into a highly competitive market and is trying to remove many of the restrictions we experience playing games that no longer exist when watching TV and movies. I salute them for that.

But that doesn’t excuse the obvious reality that Stadia is not ready to leave beta. It’s availability is too restricted, quality too inconsistent, games catalogue too sparse and pricing model just plain idiotic.

The company has a pretty shite record for sticking with it’s fledging projects so it will not have inspired confidence in the gaming community that it will stick with this one considering the mistakes it’s already making.

But having said that the technology is maturing fast. With some TLC and time to iron out the obvious quality issues (as well as a total rethink of it’s pricing model) Stadia could be the premiere player in what is inevitably the next big phase of video games tech: streaming from anywhere to anything.