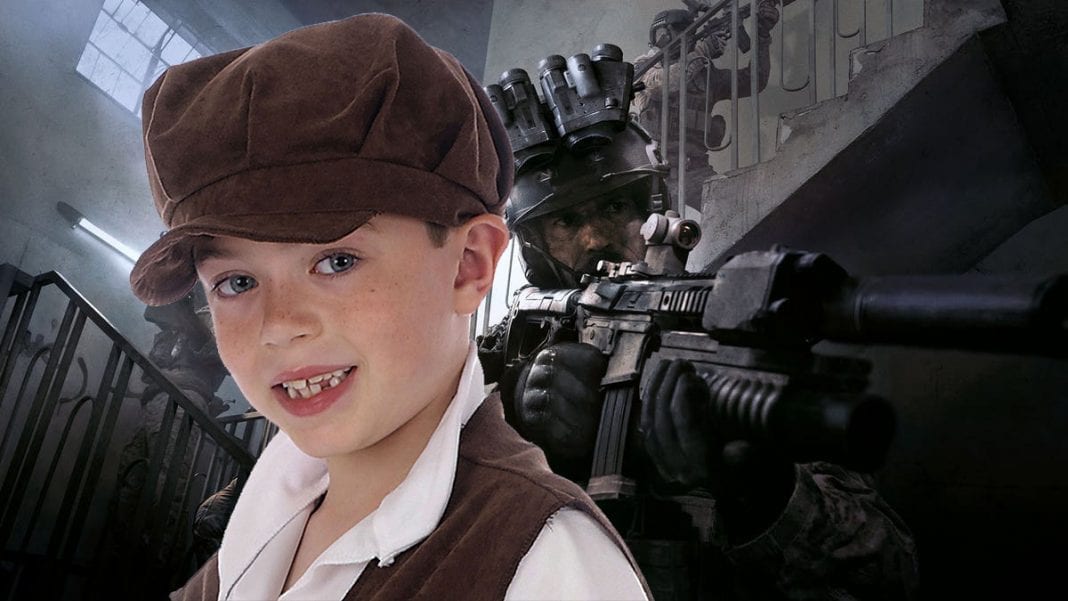 Think of the children!

Don’t you miss the days of being able to just, you know, play your favourite game when you actually want to?

We’re all for games being updated, improved and, as can often be the case, just plain fixed by downloadable updates.

However when it comes to Call of Duty Modern Warfare, developer Infinity Ward seem to have taken the idea of ‘reasonably sized updates’ to its upmost extreme.

Take the case of Poor Timmy from Slough:

Timmy loves CoD games. In fact, when he grows up he wants to be a murdering mercenary just like his favourite CoD characters – assuming rickets doesn’t finish him off before he hits puberty of course.

Now, poor Timmy doesn’t come from a wealthy family. In fact his father, the chimney sweep, has barely tuppence ha’penny to rub together. Still, the whole family knew how much Timmy loved his Call of Duty, so it was decided. They would combine all their savings and sell off the ugly daughter to a Soho brothel so they could afford to get him the latest game in the series.

How excited Timmy was after installing the game from its shiny disc on the old Packard Bell hand-me-down the family got from Uncle Vesper, the counting house clerk. Just to think! He was mere moments away from the sort of mindless violence he could only dream of.

The family broadband connection wasn’t anything special he thought – just the most basic package, a megabit or two. But darnit it’ll do just fine for connecting to the servers (not much else mind).

But what is this?….an update to the game is required?…Well no bother, I’ve waited this long to play, I can wait a little longer while the game sorts itself out, he thought.

“No, no NO! This CAN’T be right!?” he exclaimed in vain. But he WAS right. 68GB was required to make the game playable. On poor Timmy’s internet connection that could take days – even weeks.

Many days past as the download crept up one measly percentage point at a time. After one week? 20 percent had downloaded. Poor Timmy, at this rate he’d have to wait a whole 5 weeks before he could commit virtual murder with impunity. 5 weeks seemed like a lifetime.

Timmy sank into a deep depression, the consumption returned, “his legs aren’t workin’ right no more cor lummy” exclaimed his poor Mother (the Spinning Jenny lady). The family prayed for little Timmy to hold on just that bit longer, soon he’d be able to do murders, ain’t no mistake!

But sadly, a short while later, Timmy died. His poverty racked body buried on the hill behind the slag factory. His precious Call of Duty disc cradled in his frozen hands.

The moral is this – don’t abuse the people with stupid update sizes Activision. The poor little people like Timmy, who never got to murder anyone…