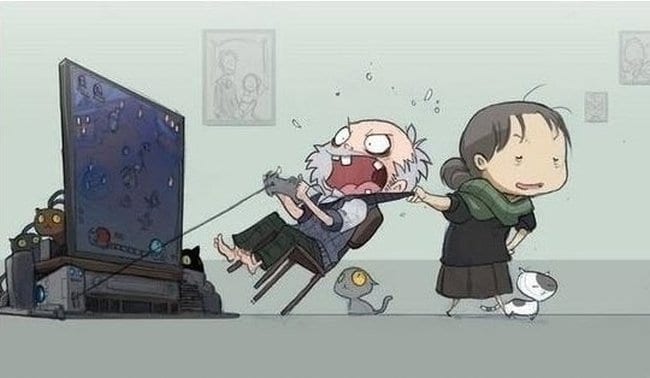 Having just hit another milestone in the calendar of life, I got to thinking (as I often do) about gaming.

Now, as a gamer, I’m now in a ever decreasing number of “older” gamers. I can still remember the heady days of the Atari 2600 & groundbreaking games such as “Pong” changing a bunch of kids lives & shaping the way future generations of children would spend those cold, wet, winter evenings. The basic, dot matrix graphics never appearing dull and we players never really craving more at that point.

Don’t get me wrong here, times have definitely moved on, & for the gamers among us, things are undoubtedly better. More advanced OS, higher fidelity graphics & producers who truly can create worlds of their own imagining. However, I often feel that certain things may have been better in days gone by.

With current generation of consoles (forgive me, I am predominantly a console player!) it seems we spend more time playing games from previous generations than the current ones. Just the other day I found myself installing another older game from the Xbox 360/PS3 days! I’d expect this at a consoles beginning as games producers struggle to get games out running on the new hardware but we’re swiftly approaching the end of this generation & we all seem to be harking back to the games of yesteryear.

I love gaming, but I despise being forced into competitive situations with people I just don’t know

Now, for me, this isn’t always a bad thing. I’ve found that as time has gone on you don’t notice how your reaction time slows down, but a 12 year old is very happy to demonstrate just how decrepit I’ve become when playing PvP on a FPS.

This kinda brings me to my point; I love gaming, but I despise being forced into competitive situations with people I just don’t know and also, continually lose to. I’ve never been a big fan of PvP, even in my hay day, but it seems more & more games want to force you into online play where you battle it out with strangers.

I get that the whole online play is a definite bonus. I spend a great deal of my gaming time playing coop with my mates, but beasts such as the “Battle Royal” fad that just wont seem to die out, means games producers are going to constantly add these highly competitive modes. It seems to be one of the main reasons kids play these days.

It feels as if this trend for online competitiveness means we, as gamers, are losing out on great stories & adventures. With the upcoming release of Borderlands 3, I’ve recently revisited the original games in all their 4K, 60fps beauty on the remastered versions. The games are still as fun & exciting today as they were when originally released. PvP was only ever there as an extra if you enjoyed that kind of challenge. Me personally, I always preferred running around looting everything I could find without the worry of “BadAss728” constantly blowing me away & messaging me with some unpleasantness he & his friends did to my mother!

Obviously, I sound like a grumpy old man, (and perhaps I am) but it genuinely worries me that the gaming community is suffering from this online competitiveness. With the massive success of games like “Fortnite”, are we going to end up with nothing but empty games that encourage children to harangue their parents into spending money on in game currencies so the kids can buy purely aesthetic decorations.

Or worse yet, we see a beautiful, story driven game that is atmospheric & absorbing have its epic single player story completely overshadowed & forgotten by the hope of an online mode that could make the company easy money (RDR2!!!!).

Maybe I’m wrong? Maybe things are on the up for this generation? They have left it a little late, it’s true, but if we could get some great games to play alone or even in co-op it would keep a grumpy old arse gamer like me happy…