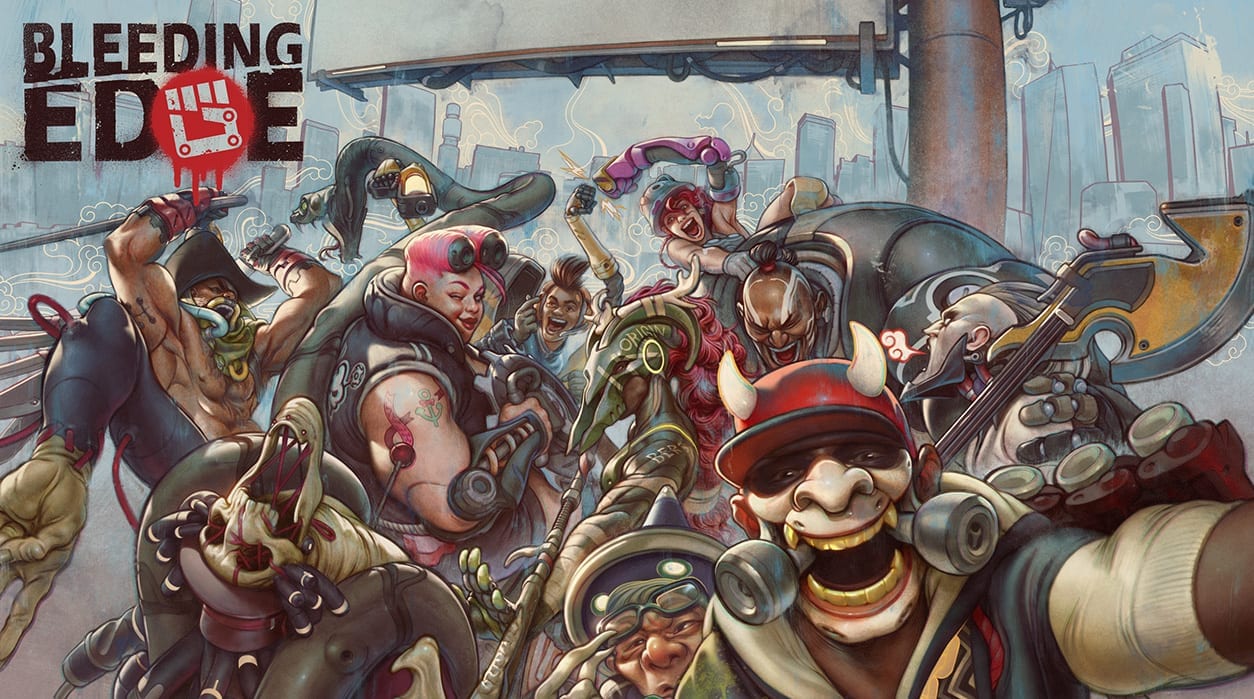 o I start with the name that wouldn’t look out of place in a Steven Seagal movie 30 years ago, or the gameplay which has totally never been done before?

Hey guys, Nerdy Dwarf here, and I have been playing Bleeding Edge since about July last year, during the alpha stages. Why have I waited so long to write it up? Is it because I was under DRM? No. Is it because it’s unfair to review something in its alpha stage? Partially. Or is it because I really hoped this game would be so much better when it came to release date. Before this goes on I do want to take a moment to apologise to one of the people who has helped design some aspects of this game I indirectly insulted during my last visit to a game studio (no names). Not for what I said, but because you had to hear it from me, but I’ll say it again, it’s awful. Just stop production.

Okay so that’s a little unfair to say, it’s not awful, just not great.

Does anyone remember battleborn? No? Nobody? that was a good game too. But much like bleeding edge, you cannot hope to compete with overwatch in trying to do a MOBA at retail price. Also, I don’t want to hear people bitching about me calling it a MOBA. Its multiplayer, its online, you battle, in an arena. I’m not going to listen to your whining about me not calling it a shooter. A game can be more than one genre, you can correct me when you’re writing this instead.

Now, Paladins, Paladins works well. I love that game. And it’s got nothing to do with my affinity towards Hi-Rez, I genuinely do. It works, and it works so well because it’s a free to play alternative to overwatch, it’s a more tactical, I’d say more competitive version (note – some would say overwatch is more competitive, they also think the earth is flat so just let them have their moment).

Everything seems to be in the right place, just, wrong at the same time.

What I’m trying to say here, is that if you share a genre, make it unique, stand out. Overwatch and Paladins stand tall, titans among the console range of character based fun battle games (or MOBAs) Bleeding Edge, well, it has nothing. First off, it doesn’t even look good. Borderlands makes cell shaded games look fantastic, Modern Warfare has caused guns to be more polished and revered in a video game than ever, so, what is this? No excuses guys. What exactly were you going for?

Then there are the characters, now this is a little different. I, for one, hate clichés, so much. I know most of the time they can’t be avoided, but pictures this, an orphan, who is either skateboarding or graffitiing, dons a demon mask and takes up martial arts and a samurai sword to fight! His name? Daemon! Seriously by the way, that’s an actual character and backstory. Then there’s the girl with a southern accent who’s got a good heart and looks like… well… I’m sure she has a GREAT personality, either that or it’s just big bones, and she’s more of a tomboy than a girly girl, motorcycles and mechanics and whatnot, with a sickly-sweet name. How about buttercup? Because Ellie was already taken by Borderlands, right? To be fair though, there was one character I liked, Maeve, this little old Irish granny cracks me up. Floating around on her little flying gubbins flinging spells left and right, made me chuckle, I like that.

They say every cloud has a silver lining, but this thunderstorm doesn’t.

Even the controls are awful, they’re not impossible, just, not right.  you know when there’s nothing particularly wrong with something, it’s just, not right? I like to call it the Tom Cruise’s Face Syndrome. This games control has TCFS for real. Badly. Everything seems to be in the right place, just, wrong at the same time. There’s no problems with aiming, there’s no issues with abilities or with any delays, it just feels off. And I used it a lot, the abilities are brilliant. That’s something I can congratulate the team on, each character has its own unique set of skills and abilities, though not new in itself, they’re fun, and easy to learn. Let’s do what the dev team should’ve done and wrap this up.

Features – 1. Cliché cast of characters
2. Dodgy control system
3. Awkward gameplay
4. Thinking riding something into battle is unique
5. “customisation” because different colours means so much nowadays
6. The modes are all pretty much the same
7. Maeve is great, I love that little old witch.
8. They’re actually charging money for this.

It will be free on the gamepass, which means most of you will be getting it free. So, just play paladins instead? Already established and already out? Failing that, it comes out march 24th, from Ninja Theory and Xbox, that game that would’ve made a great release title, is now coming out end of line. Its worth trying, but not worth buying.