PC Zone | gaming news, games reviews, tech, guides and humour We play games and mess about with tech. We also write about it.
Home EXECUTIVE INSIGHTS Is Free-to-Play Good for The Games Industry? 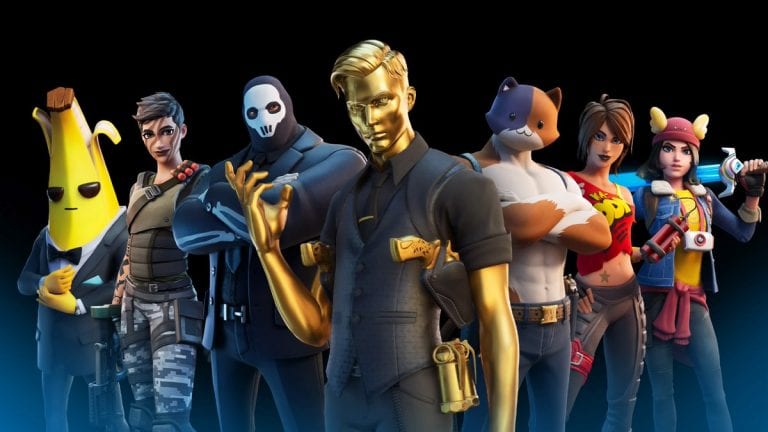 Gaming is driven by big-name releases of the past and present across almost all platforms.

The Nintendo Switch sales have been guided by games from franchises like Pokémon, Mario, and The Legend of Zelda, with Steam’s new premium foray into virtual reality PC gaming, the Valve Index, selling two-thirds of its total units after the announcement of Half-Life: Alyx.

However, increasingly, free-to-play is becoming a more prevalent aspect of gaming. A lot has been made of the rise of this type of title and, in particular, how free-to-play streams of monetisation have seeped into triple-A titles. While few who are invested in gaming appreciate microtransactions (the standard form of monetisation in free-to-play games) in a game that they’ve already paid around £50 for, pure free gaming is becoming crucial across all forms of the medium.

With the likes of Electronic Arts, Activision, and Ubisoft and their influx of free gaming mechanics put to one side, we examine if free-to-play games on their own have been beneficial to players and their respective sectors of gaming.

Gaming hasn’t been a mainstream form of entertainment for very long, especially when you consider other mediums like board games, music, movies, and shows. However, it has been able to quickly raise its profile and player base by becoming more accessible. Baseline accessibility usually comes down to the initial price point – the cost of entry, if you will – with most forms of digital gaming being rather expensive in this regard. Any hardware required to play a digital game is inherently expensive, be it a gaming PC, console, or now-standardised technology like smartphones and tablets.

Free gaming can significantly help to make gaming platforms more accessible, even if the free gameplay comes post-purchase of hardware. There are two principal strains which have proven to be effective in enhancing the accessibility of gaming and platforms: demos and free versions. Offering demos went out of fashion for a while in the industry but, in console gaming and particularly on the Nintendo Switch, demos have now made an enormous comeback. Nintendo clearly sees the value of game demos, releasing these free trials for several of their biggest titles, including Bravely Default II, 51 Worldwide Games, Moving Out, Yoshi’s Crafted World, and Pokémon Mystery Dungeon: Rescue Team DX – to name a few.

Demos offer a way for would-be purchasers to experience a snippet of a game to see if they like it and want to commit cash. It’s a proven method of earning trust and expanding the potential reach of a game – with people who might think that they wouldn’t want to buy the game often still giving it a try. Free versions of games have also proven to be popular in a similar way. Often found on online platforms which don’t require dedicated hardware to access – aside from the now-standard internet-connected devices – free versions have enabled people to try big-name games before committing any real money. This is more often seen in specific subsectors of the industry, such as iGaming. The casino gaming platform VegasSlots ranks all free games just as it does its top Vegas games; this is because the expansive platform knows how important it is to offer free titles like Book of Ra, South Park, and Twin Spin to attract the interest of the public to the rest of the site’s content.

Proving to be profitable for developers

Studies have found that free-to-play games that offer in-app or in-game purchases account for the largest portion of revenues in digital gaming. Close to 80 percent of all digital game revenues, which includes the digital distribution of premium PC and console games, is generated by free-to-play games – the majority of which comes through mobiles. Perhaps the most notable of all these freely available successes is the cross-platform game of Fortnite: Battle Royale. It’s free to play on mobile, PC, and across consoles, but still offers a battle pass and an in-game store of items which players can buy using real money. The purchases are largely cosmetic and don’t impact the outcome, but the player base has still spent $1.8 billion in microtransactions to date.

Due to the wild accessibility of Fortnite across several platforms, it ends up being played by even more players, meaning that the likelihood of players deciding to make in-game purchases increases substantially. The developers, Epic Games, in turn used this flurry of free-to-play revenue to mount a rival platform to Valve’s dominant Steam PC game launcher. Using the same approach of seeing free games as enjoying the greatest reach, the Epic Game Store offered 73 titles for free in its first year, which were downloaded over 200 million times. With more people flocking to the platform to claim such free, full-featured titles, several have also purchased full-priced games via Epic, with the store having made over $680 million in revenues thus far, now threatening its long-established competitor.

By increasing the potential audience of games and opening more players to specific genres and modes of gaming, free and free-to-play titles prove to benefit players, platforms, and developers alike greatly.