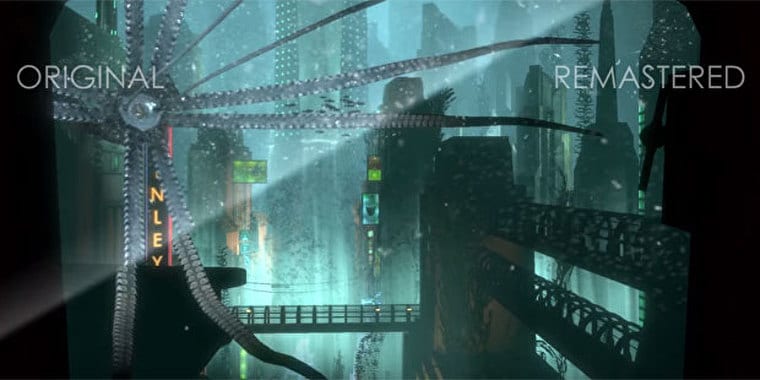 “Out with the old, in with the new” is a laudable principle.

Everything changes around us: soon we’ll send our first humans to Mars, we’ll get the self-driving cars we’ve dreamed about (I think we all pretty much gave up on the flying ones), and the way things are going, we’ll soon have our very own post-apocalyptic dystopia. Even tech giants are learning new tricks, with hardware giant Apple trying its hand at producing its own series for Apple TV+, and Facebook turning into a marketplace with Facebook Shops.

Video games are a matter apart, though. In their case “out with the old” doesn’t necessarily ensue from “in with the new”. While we do have dozens of brand new games to look forward to, we all have a few darling titles we keep returning to. And game publishers know this: they routinely remake, reboot or simply update beloved games from the past so they’ll run on modern hardware and software (and earn said publishers a fair buck or two). There are, in turn, some video games that are always overlooked when it comes to remakes or reboots, amazing titles from the “glory days” that are in desperate need of a new life.

Back in the 1990s, a series of “Doom clones” were released, covering pretty much every topic, every genre you can imagine. One that stood out from the crowd was the dark fantasy game “Heretic” based on a modified Doom engine.

The story takes players into a world filled with monsters and magic. Three brothers – the Serpent Riders – possess the Seven Kings of Parthoris with powerful magic. The Sidhe elves resist it, though, but their power is weakened, and their elders are slain. Corvus, a lone elf stands between evil and the world – he sets out on a quest to avenge his people, defeat evil, and seal it off for good.

The games were among the most beloved Doom clones at the time, partly because of their interactive environments, their use of inventory, and flight. Plus the various potions and items, like the “morph ovum” that could turn the enemies into chickens – this has been voted one of the best ways to die in a first-person shooter ever built into a game.

Heretic and its sequels were high-fantasy games that didn’t take themselves too seriously – but they were pretty hard to master. Many PC gamers at the time remember them fondly – tributes to the game are found even in recent titles like Quake Champions. Thus, it would truly deserve a remake (or at least a proper re-release on PC).

The Quake series has a history of two decades that – unfortunately – ended in 2005. Before you argue that we have Quake Champions, stop: Quake was a single-player sci-fi game with aliens, badass weapons, explosions, and everything in between – pretty much what Doom is today. But after Quake 4 (developed by Raven Software instead of ID) it stopped being that, shifting towards a multiplayer-focused shooting arena.

The original Quake, released in 1996, was a dark, gritty, and brutal first-person shooter with a Lovecraftian design – one of its chapters was designed by American McGee, who also worked on titles like Doom II, Quake II, and Alice. Aside from being the first game to use full real-time 3D rendering, it also came with a soundtrack composed by Trent Reznor and the Nine Inch Nails, which added a lot to its atmosphere.

Plot-wise, the game is a bit thin: the hero – Ranger, voiced by Reznor himself – is sent into an interdimensional portal to stop an enemy code-named “Quake”. He has to fight his way through an overrun military base, then four alien dimensions before taking on Shub-Niggurath, the leader of the aliens invading Earth.

“Quake” was ported to pretty much every major platform, from MS-DOS to Amiga, Linux, even Nintendo64. It was heavily modded, with the first major Quake mod being Team Fortress – new maps are being made for the original game as we speak. And the game is responsible for the emergence of the machinima genre – Quake movies, as they were called at the time.

GTA: Vice City is perhaps the best game released in 2002 – and one of the best ever. It was acclaimed for its open world, gameplay, music, world design, and atmosphere, and even if it did spark some protests and attracted quite a few lawsuits, it did sell more than 17 million copies in the year of its release – half a million on its first day.

Grand Theft Auto: Vice City follows mobster Tommy Vercetti (voiced by Ray Liotta) who is sent to Vice City by his boss Sonny Forelli seeking to establish drug operations there. Tommy has to explore the city’s extended underworld, fight his way to the top, cut ties with his former employer, and establish himself the undisputed kingpin of Vice City.

The game has over nine hours of music, 90 minutes of cutscenes, totally realistic radio stations (published on seven albums by Epic Records).

While the game was re-released on a variety of platforms, including PlayStation 4 (the PS2 version), iOS, and Android, it does deserve a proper remake.