Sony has filed a patent that explores the use of cryptocurrency blockchain technology to control the digital rights management of its future products.

Few acronyms turn a gamer’s nose quite like DRM. Invasive, rarely user friendly and often game-breaking (see SimCity), digital rights management has at many times over the last two decades felt like an iron fist to the face.

It’s supposed to be a weapon against piracy, of course, ensuring that those using a product are the ones who paid for it. It proves they have the rights to it, bestowed in exchange for cold hard cash. However, more often than not DRM is just oppressive. Like “the man” is reaching through your screen, grabbing you by the shirt and screaming “I know you just gave me your money, but don’t you dare think for even a second that this game is yours. It’s ours and you should be damn thankful we’re letting you play it at all.”

Or is that just me?

Anyway, Sony – who must be feeling pretty damn good following the glowing reviews of action blockbuster God of War, and the recent achievement of passing 75 million sales with the PS4 – is taking a new approach to DRM.

Details have emerged of a patent filed by Sony, which reveals its plans to take DRM out of the hands of third-party operators, and instead record it on a blockchain. It’s important to note that this patent refers to the entire Sony ecosystem, which includes movies, music and other media as well as games, even if it’s the latter this write is most interested about.
Read the latest cryptocurrency price predictions.

For those who haven’t been keeping up with the booming cryptocurrency scene, blockchain is the technology at the heart of this upstart, disruptive new digital economy. An immutable, public ledger, the blockchain provides a record of all transactions within its ecosystem in such a way that it’s as close to secure as we’re ever going to get.

You can read more about the blockchain in this detailed article, but suffice to say, blockchain can be used for a heck of a lot more than just cryptocurrencies. That’s because it provides proof of ownership of a digital asset by linking that asset and an individual through an encrypted key.

The blockchain is clearly a much better solution for establishing ownership of a digital product than previous measures and Sony agrees. In filing its patent, Sony revealed that “conventional [DRM] solutions may not be very reliable and rely on one unique point of failure. If the rights locker provider or system goes out of business or otherwise fails, the user loses all the acquired content.”

So what Sony is saying is that a distributed blockchain ledger is the safest way to ensure all the content that you have purchased, and your rights to it, are linked forever to you. On the blockchain it can stay safe from hackers. Safe from bankruptcy. And even safe from Sony itself.

It’s unlikely that the user-experience on a PlayStation 4 would vary much if DRM moved from its current third-party holder to a blockchain. It would be under the bonnet where we would see changes. Your user ID would become your private key, and when browsing the PlayStation Network to see what products you own, you’d actually be browsing the records in the blockchain. As soon as you tried to play a game, the blockchain would confirm that your user ID has the rights to play it, and off you go.

Elsewhere in the patent, Sony reveals that the details of the smart contract – the rights attributed to a particular product – could vary within the same PlayStation 4 ecosystem. Specifically it could handle “the same or different rights on different devices, users sharing rights (e.g., family accounts or primary/subordinate accounts) and temporary sharing of rights (e.g., lending, demo models).”

will this blockchain-based DRM system remain centralised, or will it be powered by the people?

While many argue that DRM is unnecessary, it has become a part of life for all people who use digital content in 2018. Which is no doubt all people full stop. But there is another layer to this story to consider. While a patent isn’t an implementation – a vital point to note – the movement of an ecosystem like the PlayStation Network to the blockchain brings with it a host of other questions the answer to which could greatly change the way we play games in the future.

The simplest one is; will this blockchain-based DRM system remain centralised, or will it be powered by the people? And if that is the case, will a portion of our PS4’s power be partitioned off to effectively “mine” the DRM blockchain?

But what I’m more interested in is how much control we, the gamers, will retain of the digital assets we have purchased if they are tokenised on a blockchain. Because, once a purchase we make is tokenised and attached to our user ID – be it a full game or a piece of DLC – then ownership is truly bestowed to the consumer. Will the system therefore then allow us to use our owned product as we see fit. Can we pass it on to a friend? Will the future PlayStation Network offer a resale channel whereby we can recoup some of our money when we have finished or hate a product?

And if the PlayStation Network is based on or inherently linked to a blockchain, then will it have its own cryptocurrency as well? Is this DRM patent the first step to a new in-console economy that is cross-game or maybe even cross-platform? Will it be publically traded, allowing gamers to perhaps share in some way with success stories like God of War or the PS4 selling 75 million consoles by having the value of their products/cryptocurrency increase in kind?

Either way, I’m planting a big “Watch This Space” sign down upon this patent and will be keeping an eager eye out for more information.

This article was originally published on: finder.com.au 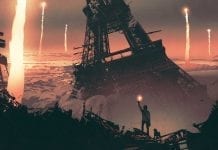 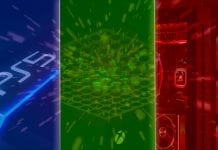 Ultimate Showdown: PS5 vs. XSX vs. PC – The Specs Compared 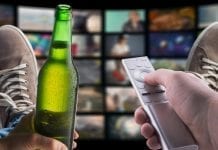 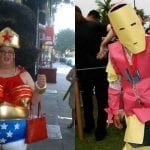 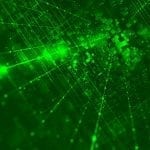 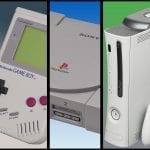 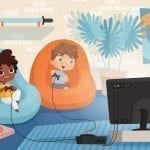 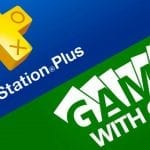 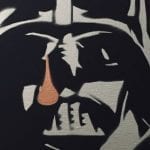