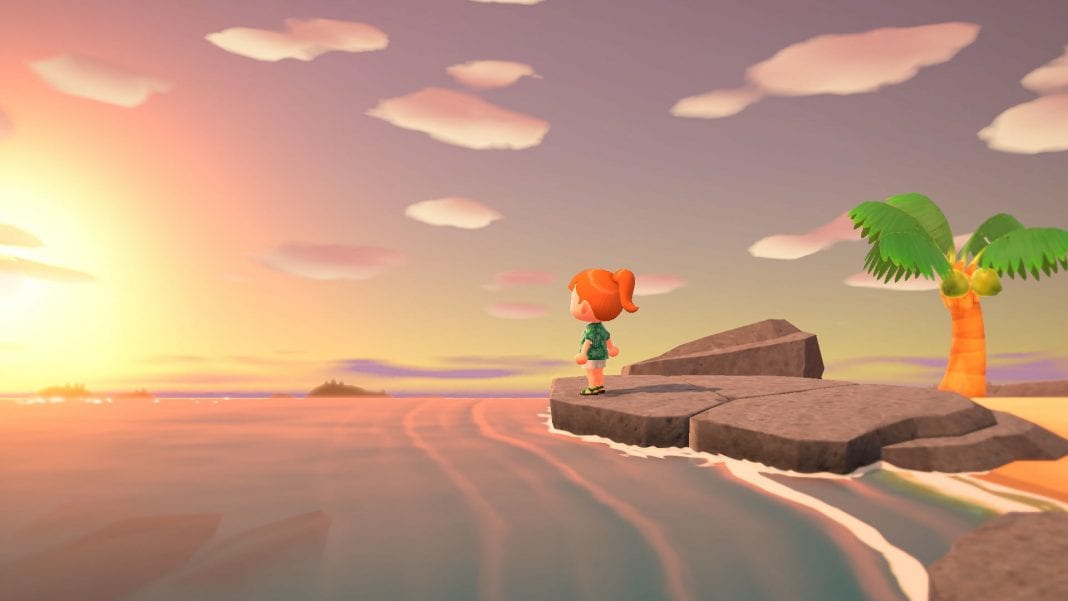 It’s the simple things in life.

My wife and I have been together for 7 years. In that time, I have played countless video games on a variety of different platforms.

She likes to hang out with me while I play, which usually involves her scrolling through eBay on her phone while I blast, build or race away in my virtual world. She never pays the slightest bit of attention to what I’m doing, but it’s ok, she knew the score when she married a dedicated gamer.

When I finally got Animal Crossing: New Horizons however, that all changed.

Within 5 minutes of loading in, she was not only sitting beside me on the sofa (so nothing new there) but was actually watching me play. Soon enough, she was telling me what I should and shouldn’t be doing. And a little after that, to my shock and amazement, she had seized the controller and was playing my game for me.

Several hours later (once the controller battery had died) I explained that she could have her own character. And the rest, as they say, is history…

Over the coming days, she weeded the entire explorable land, paid off her moving debts and built a house. She also built the museum and populated a considerable amount of its vast tardis-like interior with dinosaur bones, fish and bugs. This was all before I’d had much chance to do more than place my tinny radio on a cardboard box in my tent!

I never thought I could get so excited about planting flowers

I did manage to play a bit here and there, while she was off working I’d grab the Switch and sneak off (although she would bound in with enthusiastic commentary and critique as soon as she found whatever corner I was hiding in) so mercifully I have caught up, at least a little.

But what is it about this game, above all the others that I’ve dangled like a nerdy carrot in front of her nose for the past 7 years, that she finds so enthralling?

It’s a variety of things.

First off it’s the crack-like addictive gameplay that takes you on a never-ending, yet strangely relaxing, journey of banal, yet oddly satisfying activities.

Bashing trees and rocks for resources, catching bugs in your flimsy net or fishing for marine life across your little island getaway, the mechanics are extremely simple, yet executed in an enormously charming manner. The game never stops rewarding you for your pursuits either, the app on your smartphone constantly pings with a new achievement for ‘gathering weeds’ or ‘watering flowers’. Achievements that translate into a currency that can be spent on cute nick-nacks to decorate your homestead or send in the post to a friend. The sense of happy community living is intoxicating.

What the hell happened to the hardened FPS beast in me?!

And the cuteness is off the charts. Your fellow AI islanders take on the full Disney-for-babies charm, always happy to converse with you in their warm gibberish language. Seriously they’ll give you presents and thank you profusely just for stopping by. The kind of neighbours we all wish we had.

Of course, there’s no element of danger in the game. The closest thing I’ve had to combat is getting stung by wasps when I was unlucky enough to shake a tree that the little buggers were living in. It doesn’t affect your ability to do anything, just closes one of your eyes in a predictably cute way, and only temporarily. In this regard, my wife certainly appreciates the lack of a need to react to anything stressful with the gameplay.

And then there’s the innocent pleasures that come from going about simple living – the good life in cute cartoon form. For example, I never thought I could get so excited about planting flowers or an apple tree. I mean, what the hell happened to the hardened FPS beast in me?!

This game has the power to melt the most cynical gamer’s heart at the drop of a hat.

It’s all these factors that have led to a first in my relationship with my wife – fighting over the controller!

I’m just thankful this game is on the Switch – so I can still blast away on my Xbox while the wife sits next to me on the sofa. Only now she’s not on eBay on her smartphone, she’s happily cradling the little console, scrolling through her nook miles app, looking for her next fix.

If that isn’t the recipe for a happy marriage, I don’t know what is…

This article includes an Amazon Affiliate link – if you buy something using it we may get a chunk of change.