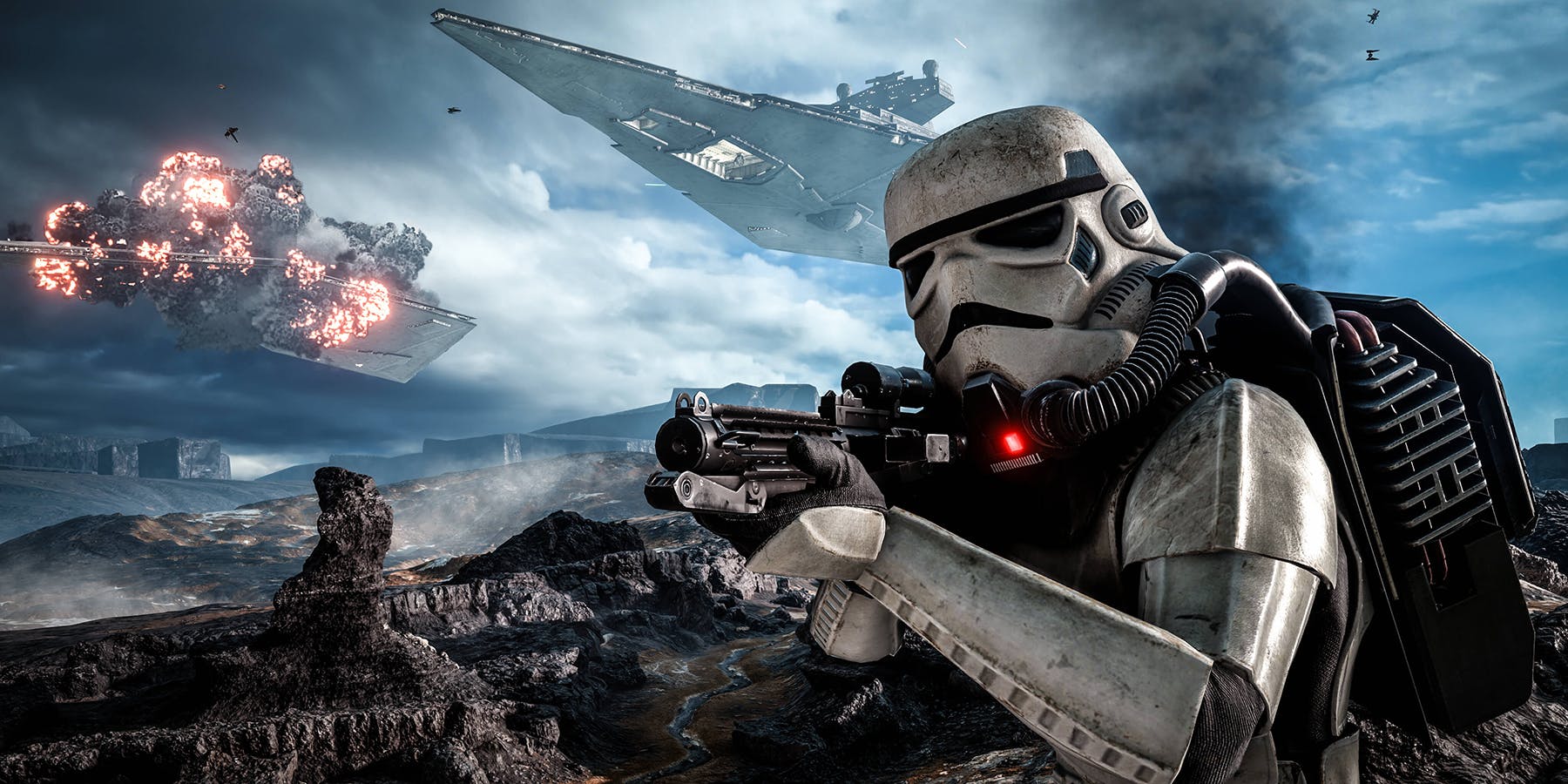 They say imitation is the sincerest form of flattery. As far as Star Wars Battlefront II is concerned, the aching similarities with another DICE shooter, Battlefield 1, are very hard to ignore…

Judging from the open BETA released for the game this weekend, the plodding pace, weight of weaponry, slower kills and overarching presentation converge the two games into very familiar, almost interchangeable territory.

Not that that should be at all surprising, this is the same studio and same game engine after all – so what’s the problem?

Well it’s not that there’s anything bad about Battlefield’s style of game play, far from it, it’s just that something seems to have been lost in translation from what DICE established in their first Star Wars Battlefront outing two years ago.

I sunk countless hours into the original and although I’m sure we can all agree that the overall experience was pretty shallow, I grew to really enjoy the care-free, simplistic jump-in and see approach that gave the game a frenetic pace, accessibility and energy that by contrast is decidedly sluggish in its 2017 sequel.

Not that there aren’t things to celebrate about the new game – a fully fledged space battle mode got me most excited (the one area that was painfully absent from the first game) although the control scheme leaves a lot to be desired, at least at this point. An unwelcome surprise in the mapping of your ships controls to the thumb sticks meant I spent most of my time for the first 10 minutes in a seemingly endless loop of unintentional barrel rolls. There is an option to invert camera and flight controls which helps matters, but this also effects other modes so you might need to switch back and forth constantly, which is a right royal pain.

The BETA allows access to the arcade mode (specifically built with noobs in mind, presumably) where instead of competing against your real-life friends (or enemies) you can hone your skills against AI opponents who let’s face it, are less likely to dance on your corpse after they’ve killed you for the 500th time. It also carries over local split screen co-op from the first game which for me, as an old-school kinda guy, is a very welcome inclusion.

The expansion of the universe to include heroes and villains, maps and situations from all three eras of the Star Wars universe is a welcome boon too. Granting the game a much more interesting side cast of extras than the likes of Nien Noob or Greedo that were pasted in to flesh out the first Battlefronts DLC. Darth Maul is one such addition, and I can tell you, running around a gorgeous palace setting, scything down hordes of enemies with dismembering grace is particularly gratifying. 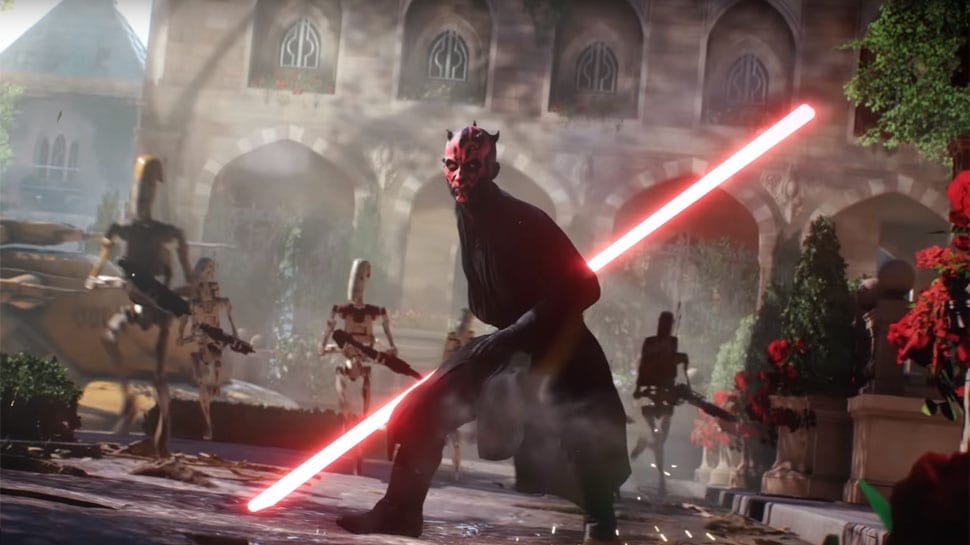 The game is undeniably beautiful, as one would expect, and thankfully retains a hint of quirky humour in it’s tone that makes even the most boring of space creatures, battle droids, seem fun and characterful.

A cheerful robotic ‘roger roger!’ became the quote of the evening on our party chat as we played through round after round of Galactic Assault, another new mode. The streets of Naboo’s picturesque royal city the setting of a decidedly Battlefield-eqsue epic showdown between droids and clones. The weight of the battle impressive, the lack of verticality and freedom of movement less so.

There’s greater responsibility on the player to manage their classes this time out, both mentally and unfortunately, FINANCIALLY

With more layers of customisation such as 4 tiers of star card that, unlike before, do not unlock with play-through progress, but must be acquired randomly from loot crate drops, there’s a lot of frustration and anger being vented in the community and, if this system remains un-tweaked going into launch, I would say rightly so. Fine for hardcore fans with deep pockets happy to buy more crates maybe, but far less so if you’re more of a casual player who feels £50 is enough money spent already.

So, i’m cautiously optimistic about Battlefront II  – DICE have certainly listened to fans and packed the game with far more content and modes, including a proper single player campaign that couldn’t be fitted into the first games tight production schedule, and I’m eager to get stuck in and experience them at release. However, I am a little worried that the unique quick-fun feel of the first game has been lost under the weight of the added complexities to its gameplay – while the much slower and more grounded pace, as well as the BETAs money-grubbing star card system, feel like significant backward steps to me.

At this point, Battlefront II really does just feel and play exactly like Battlefield 1. Which means it feels and plays nothing like Battlefront I – whether that’s a good or bad thing I guess is down to how you feel about those two games. I for one, am reserving judgement for now…

Opinion: Was This Gaming’s Greatest Generation?