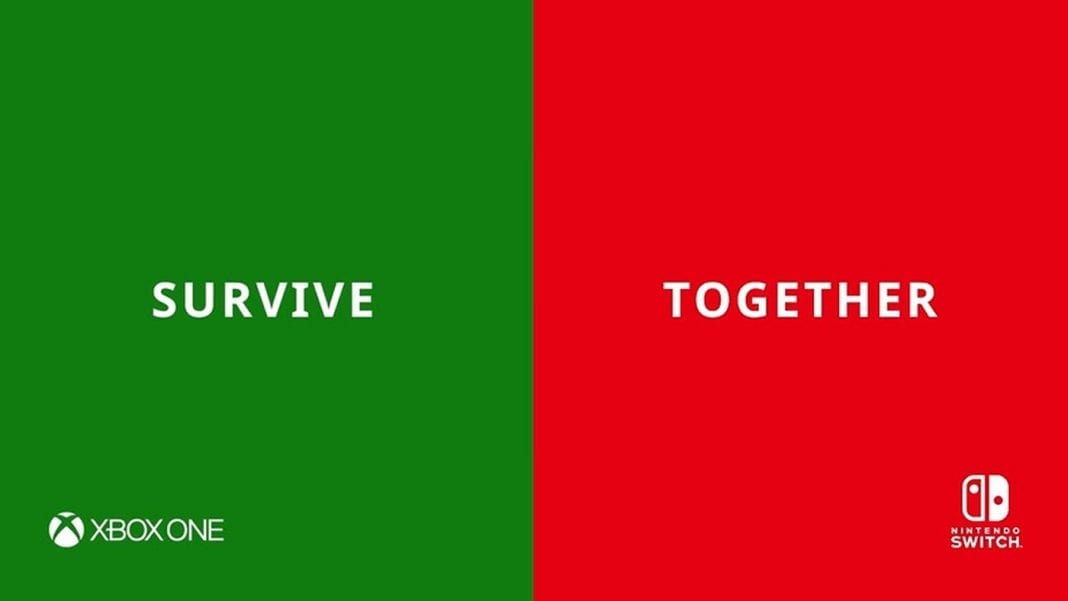 UPDATE: Sony is now ‘trialling’ cross platform play with Fortnite, but NOTHING else (for now).

Not content to let Sony ruin their own reputation all over again with the company’s pointlessly stubborn stance on blocking cross platform play, new best mates Nintendo and Microsoft are rubbing salt into the wound with a new provocative (and highly unusual) joint trailer for Minecraft’s new bedrock update that rolled out on Switch June 21st.

In the trailer we get the bizarre sight of both controllers, representative ‘players’ on both machines and even the logos of each brand with the motto ‘better together’ emblazoned on the screen. Ouch. Check it out:

It’s definitely a smart play from this unusual partnership – Sony have largely dominated this console generation, so to exploit such an open goal is a win-win.

Now if only we could get Mario on the Xbox, THEN we’d know this fling was serious…