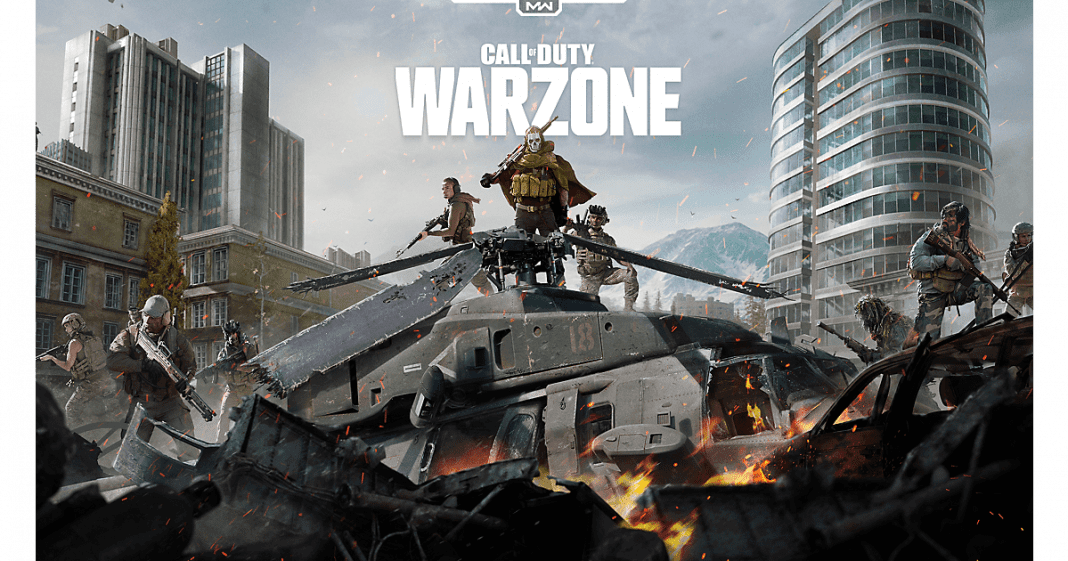 Battle royale games have become one of the most popular types of games on the market.

It seems like game developers strictly focus on these kinds of games, which contributes to the overly crowded battle royale market.

The last attempt from Call of Duty battle royale game mode called Blackout didn’t catch too much attention from the public. Call of Duty Black Ops 4, which included the mode Blackout was expensive, which means that players quickly found different alternatives.

It seems like they quickly learned from their mistake making their latest game Warzone free-to-play. This decision made gamers try the new battle royale game and got some great reactions out of it. They announced that they would pull the plug on Blackout since Warzone will be the next battle royale game.

The game incorporates some of the best features from already popular battle royale games, such as quick loot from Fortnite, weapon and ammo management from Apex Legends, and some of the real-world aesthetics from PUBG.

However, they managed to incorporate all of these things by adding additional Call of Duty flavor to the game. Things like adrenaline rush second-chance dynamic and expansive map that is capable of accommodating 150 players at a time are some of the features that make this game unique.

Second Chance is a very nice way of making players return to the game. After a player has fallen, it has the possibility to come back to the game by defeating a different player that has also fallen on 1vs1 gunfight. This means that you don’t have to rely on teammates to bring you back, and you can play a bit more aggressively since you have a second chance.

However, if you lose the gunfight, there is still a chance to get back into the game. As players steam through the lobby, they collect in-game money from each kill. The collected money can be spent on various things from weapon attachments, gear, UAV’s, and teammate respawn. You can also combine your money with your teammates in order to buy a game-changing advantage from the shop. So you can still rely on your teammates to bring you back even if you lose the second-chance battle.

Just as you would analyze the horse racing predictions to know who to bet on the Kentucky Derby, you can gather money from killing and decide what to buy in Warzone that will give you the best advantage.

Developers say that they spend nearly six months trying to improve their weapons with new attachments in order to make them more powerful and accurate. The game mechanics feel improved from the last battle royale game Blackout.

Another great thing is the market where you can purchase some things. Unlike different battle royale games where you have to find weapons scattered across the map, in Warzone, you can purchase anything you like from specifically designed shop areas. This mode rewards good players for spending money on better weapons or attachments.

Warzone also has several customizable options as you grind up the level. You will unlock different skins and outfits that are great for personalizing your character.

The map is outrageous. As we mentioned, it can accommodate 150 players, which is more than other battle royale titles on the market. It is also strategically designed, and the terrain varies from open fields to urban high-rises and covered peaks.

Since you have a massive map to cross fast enough so the gas (storm) wouldn’t catch you, there are a lot of vehicles ranging from helicopters, quad bikes, dune buggies, or Jeeps that will help you and your team get from A to B very quickly.

Since the game offers a second chance for fallen players, it might seem that one game session will last forever, which is not the case. Rounds can take from 20-30 minutes from the initial drop to the last circle.

The best thing about this game is the combination of each best-performing Call of Duty games from the past. It seems like the game developers had one ear placed on their audience since they matched all the improvements we wanted. It has a playstyle like Modern Warfare, which is one of the best in recent years, a departure from Black Ops 4 multiplayer mode.

They have also managed to add different levels of the in-game decision-making process so you can develop a winning strategy. It is an incredible battle royale game that you should definitely try it out.