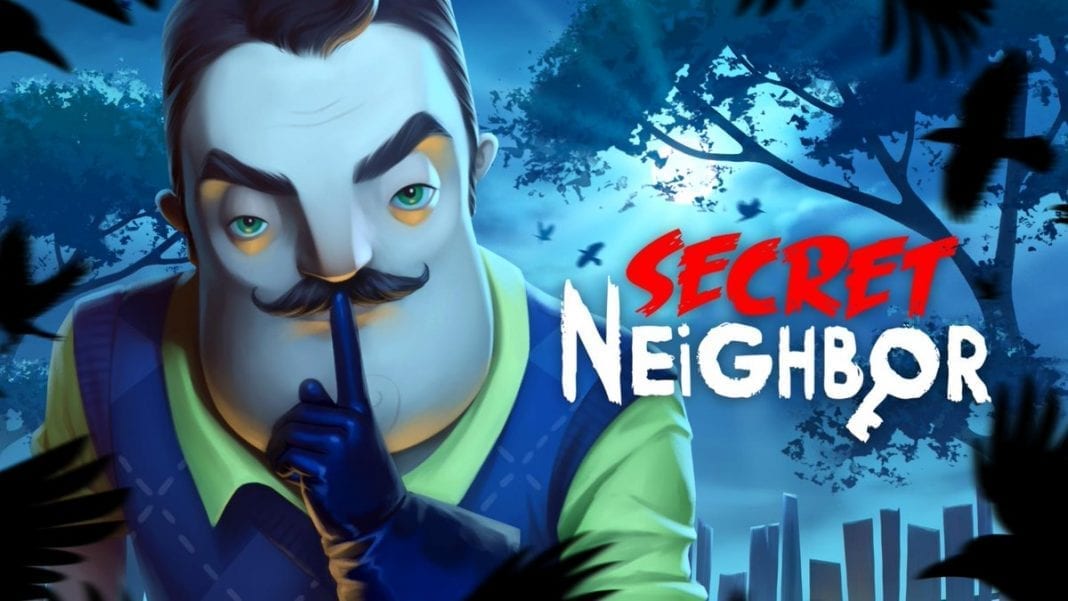 Hello Neighbor franchise is probably the first horror game to be released on nearly every available gaming platform at the same time.

It’s also one of the best-selling indie games of the last 2 years. It presented an original enemy AI along with a highly recognizable firm surrealistic game design. Secret Neighbor is the second spin-off in the series, and it seems to be a much worthier experience than Hide and Seek. GamesMojo.com team has already tested all features, and here is what it is.

The action in Secret Neighbor revolves around a whole bunch of new characters. This is a purely multiplayer experience, so it’s good news. There are 6 playable characters with unique traits that are supposed to help your team complete tasks more effectively. Of course, they’re not too tricky for solo play, but Dynamic Pixels decided to make you interact with all team members, as and when necessary.

Such a solution establishes a huge field for unexpected situations and spontaneous humor. As a result, Secret Neighbor is perfect for long online parties with friends or even random people on servers. Let’s take a look at the character options.

Without going into much detail, Bagger is a guy with a backpack for some extra space for mission objects. Brave has the skill to hit Neighbor with a stick and escape his grip. The nerdy Detective gets polaroids that reveal locations of keys, but he can’t show it to anyone. He has to describe it verbally. Another geeky boy is Inventor. He collects cogwheels for crafting flashlights and toy rifles, which are pretty effective. Scout just has a slingshot to shoot nuts and slow Neighbor down. Finally, Leader can cheer up everyone in a certain radius and buff their running speed. If you think that is all, you make a huge mistake.

The 7th character is Neighbor himself, and he can turn into any of the 6 kids to fool and kill everyone all of a sudden. His role is always assigned randomly to one of the players. If you get it, you have to pretend that nothing is wrong and make everyone trust you. At the same time, you must do some dark stuff behind mates’ backs to activate Neighbor’s transformation powers.

These powers let you come out of disguise and show your real face to scare and catch other players. Moreover, you can use it to take the form of various objects that are scattered around the house. Turn into a pumpkin, roll close to someone when he or she doesn’t see, and transform into Neighbor all of a sudden! It’s an awesome trick that never fails to make hearts jump in throats.

The purpose of the coherent teamwork is to find all the keys around the house to open the door to the mysterious Neighbor’s basement. His mission is to prevent you from doing it by catching everyone. It sounds rather plain, but in practice, the game managed to hold the whole GamesMojo.com staff playing for several hours.