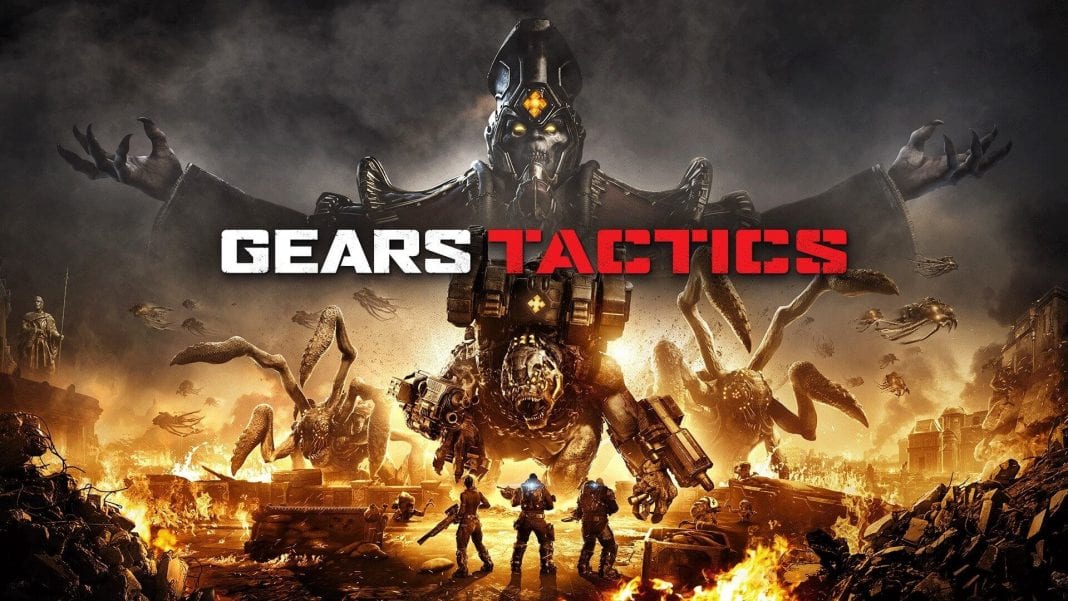 The Gears of War franchise is one of Xbox’s most beloved, offering exhilarating third person shooting mayhem.

It has always offered more than your average run and gun, though, with surprisingly deep strategy regarding cover, base building and placement of turrets and other such defences – especially in the Survive the Horde game modes. So, if a game was ripe for the turn-based strategy treatment, Gears of War was a top contender.

Coming to Xbox and Xbox Live on the 28th April, Gears Tactics offers to ramp up that strategic play exponentially as you take command of a bunch of COG soldiers ready to take on the locust hordes.

Set 12 years before the original game, don’t expect to see Marcus leading the way, instead your main protagonist is Sergeant Gabe Diaz. If he is linked to Gears 5’s Kate Diaz is unclear, but it’s a strange choice to reuse names if not! However, unlike the gears games, you are in charge of fielding an entire squad rather than a single character, and you have quite the rogue’s gallery to choose from. There’s Sid Redburn, the sergeant major looking grizzled veteran on support, Mikayla Dorn the sniper and straight out of the Dodgeball school of naming conventions Issac ‘Blaze’ Hyland.  And these are just some of many playable squad members.

As a fan of turn-based strategy games and Gears of War, this is a no-brainer auto-include to me.

Each squad member is skilled at one of the 5 classes of Vanguard, Support, Heavy, Sniper and Scout, each with a skill tree of 30 unlockable skills, meaning 150 skills to unlock overall. As your characters level up, as well as new skills they will pick up new gear and mods along the way, all in game without any of those pesky microtransactions that threaten to spoil games like this!

As a turn-based strategy game it is bound to draw comparisons to the excellent XCOM series and it of course has many similarities in play style, however, there are also some noticeable differences. There are no restrictive grids to move within, instead the game offers a more free reined approach as your soldiers move from cover to cover advancing up the battlefield. Each squad member also has 3 actions compared to XCOM’s 2. This can be increased further as the glorious bloody executions synonymous with the Gears franchise unlock extra actions for squad members. Chaining some executions means the squad gains serious momentum for daring plays. That said, daring is often linked to suicidal, as the game rewards carefully planned defensive positioning. Shield icons are clearly displayed to denote when you are in cover as are eyes to show when you can be seen by enemies. The inclusion of an overwatch ability is also tactically satisfying as you create a cone of cover which will activate your character, out of turn, should any gribly set foot in it.

The overall look and feel of the game have really captured the essence of its Gears forefathers with seemingly endless swarms, emergence holes in need of sealing with a frag and some terrifying giant creatures, all lead by the new antagonist Ukkon. The display of the game is also clearly set out with the aforementioned sight lines and symbols helping you make quick tactical decisions. The field of view is also vast. The battleground completely clear rather than shrouded in a fog of war.

As a fan of turn-based strategy games and Gears of War, this is a no-brainer auto-include to me. Its inclusion on Xbox Live, to which I subscribe is also an added bonus and is ready to pre-install now for its April the 28th release.  Happy hunting COGS.