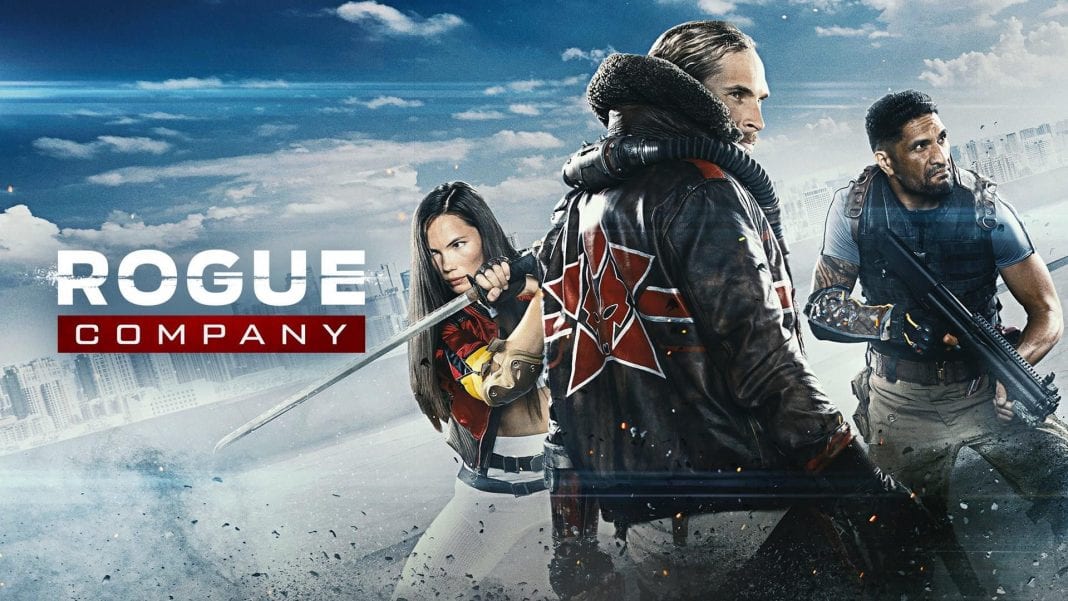 Stepping into the mind of a Rogue

So where do we begin? Hirez Studios, the creators of exhilarating games Paladins and Smite, have just released their first-ever FPS game and what an amazing game they have made. It’s fast action and highly entertaining.

The game sends you to maps based around a dock, to the favelas of Brazil. Each map has major differences and are very intuitive in their design, providing unique gameplay. Inside the favelas, you fight your way through tight alleyways, meanwhile, in the docks you fight your way through warehouses – and the best thing about it? A damn boat. You will be singing I’m on a boat shortly before being killed by the opposing team, of course!

The game has many different playable characters with a unique passive and “gadget” ability. For example, we have the amazing Chaac who can heal himself mid-fight and gain a massive HP boost before you even start. He can even revive himself when downed. A good choice for a solo playstyle. On the other hand, if you like to support everyone around you, you can play characters who can help the team, such as Saint. He can deploy a healing drone who can revive teammates from range.

The gameplay is on point. I had jumped into the game with mixed emotions. I have played both Smite and Paladins so Hirez will always have a special place in my heart. To be honest, I was more scared that it would be a knock off version of an existing game – but how I was wrong.

The game is fast-paced action and if you want to succeed you need to be prepared for utter carnage. At the same time, the game can be very objective-based, giving the game a more balanced feel. By this point enjoying ourselves immensely, myself and A Nerdy Dwarf had a load of fun. Rolling around corners, jumping mid-air spraying and praying to victory. Overall, we had so much fun running behind the enemy, mantling over fences and assassinating the non-aware, just like real assassins must do I assume!

The game is marvelous, and it has so much potential, but there some issues I think they can fix easily

Going through each gun and character, I found certain artillery to be lacklustre, or in some cases too strong. In tight alleyways, I would advise against using a shotgun. It would be more effective slapping them around the face with a quick old right hook! (Yes, this is in the game so if you want a fistfight you can always have one!). The range on the shotgun is low and compared to every other gun has some of the worst potential, in my opinion.

On the other hand, sniping… Oh my. I will admit it is funny as anything to see someone just get deleted and I may have abused this. But snipers in this game are very strong. Luckily you will only run into 1 on the other team – but it does a solid 80 body damage.

Switch to the pistol and it’s instant death. The weapon switch animation is so fast that you can have the aim of a sniper within the pistol. One of the few issues I found with the game. I could go over the bugs I accidentally found but this game is in beta and I am confident that these will be resolved. Some of the bugs can be very annoying though. If you’re stuck walking slowly,it can be fixed with a jump or a roll. So it’s little rough around the edges. For example, accessibility on pc… you cannot change the keybind for ping. This is bad as it is the same button for melee. Yes, you can change the melee button but what if you want the ping to be on a more accessible button? For example Crtl. Another example, I abused an overpowered position which you shouldn’t have been allowed to get to. In skyfell, you could climb your way on top of the map right in the middle, gaining a massive advantage as you have the high ground. As we all know from Star Wars, it’s over when you have the high ground. It was a very deadly spot, but they have patched it and it now forces you to carry on gliding, canceling out the disruption to the flow of the game.

The core gameplay is actually what pulls me in though

I have stated before that it is a fun cartoony shooter, but the whole tactical warfare while still being cartoony and fun appeals to me. In the main competitive mode, demolition, you get to see where the enemy is gliding via a smoke trail, creating a way to plan an attack. Now I will admit the game can sometimes feel very chokey, meaning that the choke points in the map can be a nuisance. Because of this, you must work around the choke points playing flank while someone draws their attention. It creates diversity in playstyle. Would you rather sit in a choke point holding down a position or would you roam and flank destroying anyone in your path?

The diversity doesn’t stop there as you also can buy perks. Now some of the perks need adjustment, as there is a gulf in class between some. At times the perks can disturb the quality of gameplay. For example, I paid 10k for a perk that instantly reloads my gun when I down someone. It’s amazing and if you get this perk it allows you to steamroll situations you probably should have died in, as you didn’t have to reload.

As well as that, there is one character who does the same thing which as I’ve played the game more, I’ve realised is a massive threat. Lancer. When she rolls she automatically reloads. It’s basically an SMG firing non-stop pressure at you. Seriously it’s so deadly it casn make you think why bother? Apart from these couple of issues everything about the way every character plays differently and abilities work is amazing. And as the game is, I am enjoying it as a gamer. I’ve found fun in this game which I haven’t found in a while. I have been hopping through games like it’s a Christmas present for the past couple of years. My main go-to game was always Smite, perhaps unsurprisingly another Hirez title. So to them much respect, as their games just seem to reel me in.

To conclude, I truly believe this has some great potential. I quote myself saying on my stream “This game could blow up and really set Hirez out there”. The game has a cartoony feel which will appeal to the children but with the gameplay mechanics and the fast action-based gameplay will also appeal to the adults who are looking for a fun chilled shooter game. You can party up with a couple of friends and have such a laugh, just like we did.

Its simple yet intricate design make such a brilliant beta. I have played the betas of the 3 Hirez title games and I can say that this is done the best. Not hating on the other betas as Paladins and Smite had some amazing betas too. Just how everything is so flush and clean really appeals to me. So, if you want a chilled shooter, you’ve come to the right place. Amazing work to all those at Hirez and keep up the good work!

Many thanks for reading,