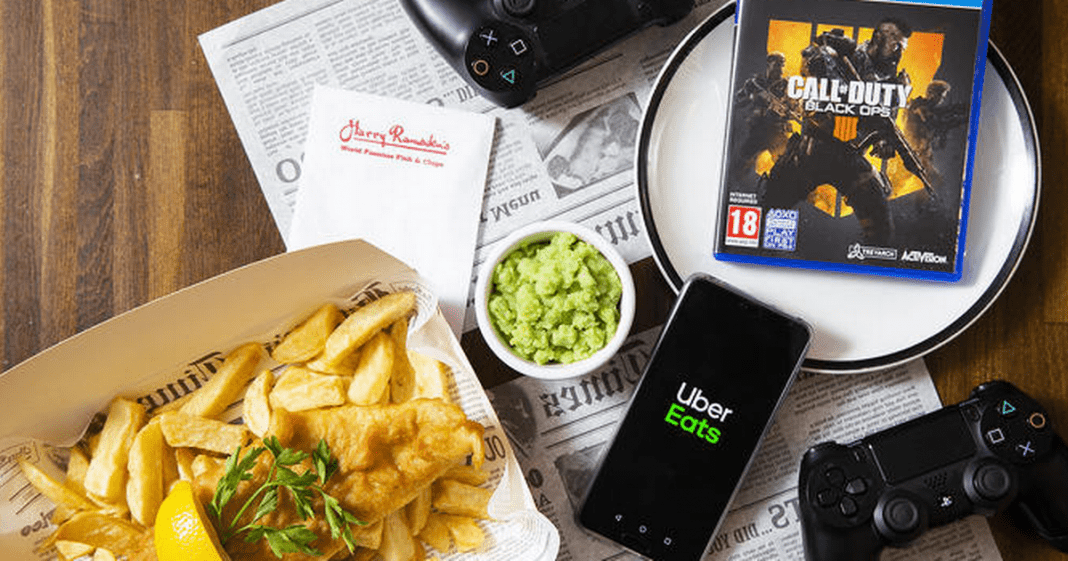 So you like cod and chips eh, but what about CoD and chips?? What a pun! Take my money now…

Uber Eats, the fledgling offshoot of everyone’s favourite taxi app service (unless you’re a fat cockney in a black cab) came up with an ingenious marketing tie-up, only to fuck it up spectacularly.

The idea was to give away free copies of the latest Call of Duty: Black Ops 4 title with an order of fish and chips from Harry Ramsden’s, via the Uber Eats app.

The deal was to go live over last weekend, mere days after the game had launched, leaving plenty of eager wannabe players drooling at the prospect of only having to shell out £7.99 for a standard cod and chips meal from a participating outlet to get their free copy.

The problem? The geniuses in charge only had 40 copies of the game available nationwide….40….I’ll say it again…..40!

As you might expect the second it went live it was sold out, with many of those who did successfully place orders never receiving a copy anyway due to ‘technical problems’.

Clearly the PR firm in charge of this debacle grossly underestimated (as usual) the scope of the video games market and insane popularity of the franchise.

Word to the wise – if you’re going to offer a free copy of the biggest annual video games title just days after its release, get yourself about 1000 times more copies than you think you’re going to need!