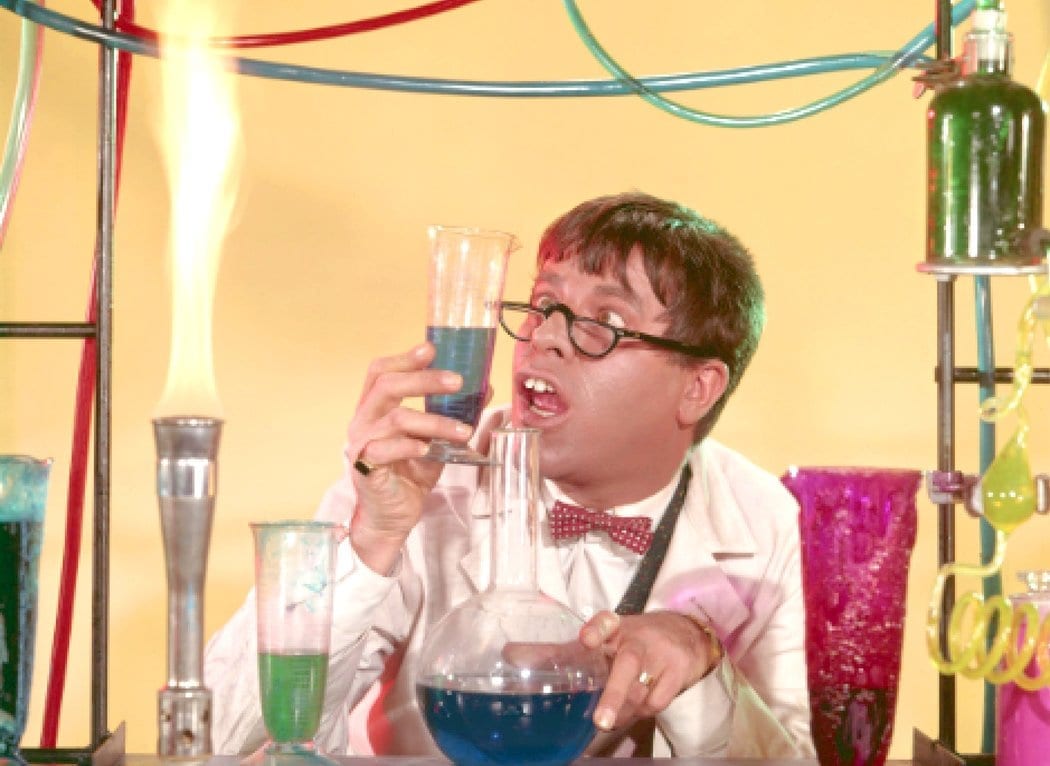 Every other f*cker is playing Fortnite right now (not me btw, I’m a connoisseur, I play PUBG)

With that in mind, now officially the-most-awesome chemistry teacher in the world (perhaps the universe, who knows) Mike McCray set a challenge to his students.

If a photo of the agreement he made with his class on the the trusty old whiteboard could get retweeted 6,700 times (no idea why he chose that number, weirdo) he would allow the final exam to be on Fortnite.

What this has to do with chemistry god only knows…perhaps it’s about the ‘personal’ chemistry he has with with students….aaaaaaaaah. Well played Professor.

By his own admission crusty old McCray-cray knows sod all about video games and even less about twitter, so really this was a journey of discovery for him as much as it was a way to excite and engage his students.

Twitter do your thing please help me I need to pass this class #Fortnite #APChem #APChemistry pic.twitter.com/izckLvrbFx

Quite rightly this bold move to improve education has got the attention of the local media in Ohio, leading to a radio interview with our dear old Professor explaining his thoughts and reasonings.

Check out the transcript here:

All right, one of the hottest video games in the world right now is called Fortnite. And here’s the premise – you are dropped on an island with a bunch of other players, and you have to fight it out. The last person standing wins.

MARTIN: And some lesser-known names have also embraced the game. One of them is Mike McCray. He’s an AP chemistry teacher at Tippecanoe High School in Ohio. His class made a bet. If their photo of an agreement that was written on this whiteboard – if it could get 6,700 retweets, Mr. McCray would make the final exam about Fortnite.

MIKE MCCRAY: And I said, well, I don’t know anything about Fortnite, and I barely know what a tweet is or a retweet is, so I said, what the heck?

INSKEEP: He may barely know what a retweet is, but he got more than 31,000 of them. The story was picked up on game blogs and even some TV stations.

MARTIN: It’s not the first time he’s tried to make his tests cool, though.

MCCRAY: Like, “The Brady Bunch” was relevant, and so I would always do questions related to “The Brady Bunch,” you know? Like, Greg throws a hydrochloric acid-filled football that hits Jan in the nose, or something like that.

INSKEEP: “The Brady Bunch” is relevant. Anyway, the test is Fortnite themed, even though Mr. McCray says just playing the game will not prepare them to take it.

MCCRAY: Maybe at some point, I’ll play the game and learn something about it. But yeah, I’m real – totally a newbie about the game at this point.

INSKEEP: OK, that’s just fine. And maybe one of his students can tell him a thing or two about it.

INSKEEP: He is currently writing his exam with a little bit of help from developers, and we’ll see what happens. Maybe we’ll learn the answer within – I don’t know – a fortnight.

What games would you use to teach the errant youth of today? Civ VI as a history aid? GTA V as a culture study? Tropico 5 as a useful guide to megalomania?

Answers in the comments! Or not, whatever, I don’t care.