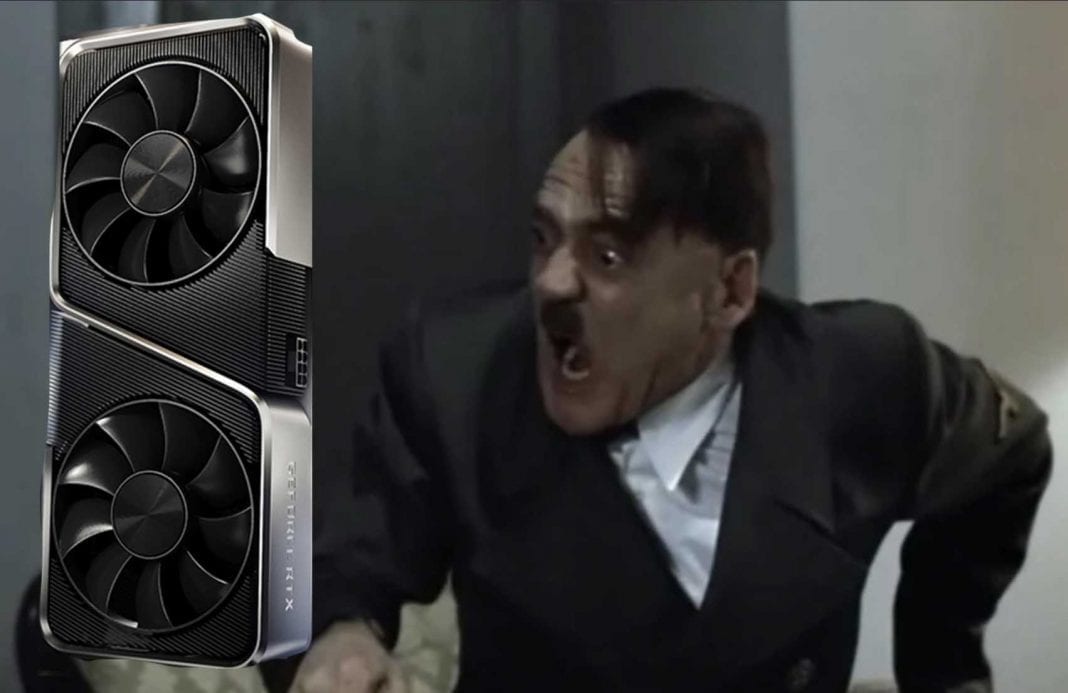 Most of us have been stunned and let’s be honest, rather excited, by the huge promise of Nvidia’s new 3000 series GPUs as revealed just a few days ago.

However not everyone feels the same way, as was revealed in this leaked footage from inside the private bunker of seriously genocidal, one-ball-down and crap moustachioed Nazi premier Adolf ‘Elizabeth’ Hitler.

The exclusive clip reveals an incredible insight into the gaming proclivities of one of history’s most outrageous bastards. In it his loyal generals have to break the news to their Führer that his RTX 2080 Ti, purchased for a whopping £1500, would be resoundly defeated by Nvidia’s bottom of the 3000 range, the RTX 3070, costing a mere £450.

As you might have guessed, he was a little upset at this news:

Despite his mega-colossal douche-baggery, we can’t help but feel a tiny amount of sympathy for the miserable sod. I mean, anyone who spent £1500 on a 2080 Ti just a few weeks ago is going to feel like murdering anyone that looks at them the wrong way right now…