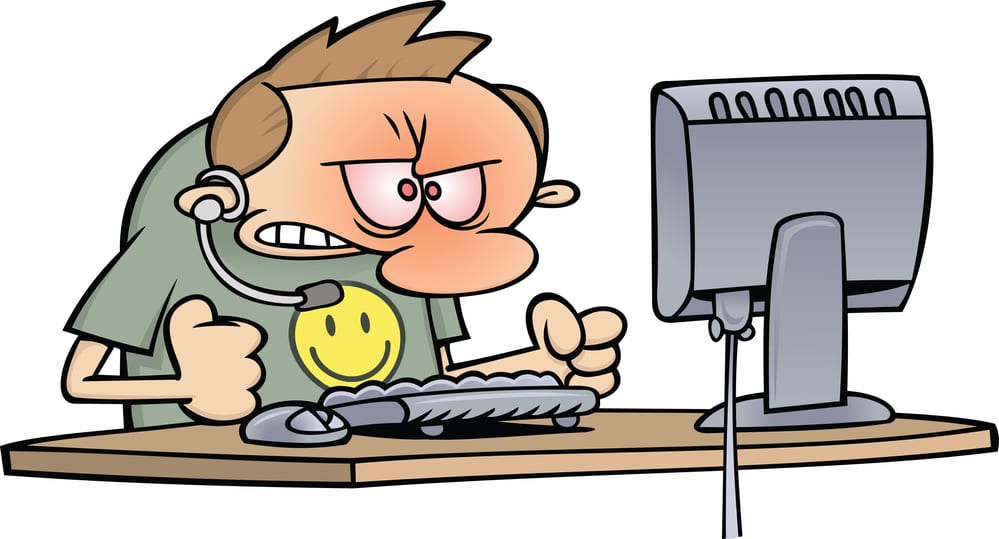 Who doesn’t love a good story? Conversely, who doesn’t enjoy getting shot in the head by some obnoxiously vocal kid? Exactly! Point proven: PvE is better than PvP!

…Greg, I was really hoping for a bit more on this (Jim, Editor-in-Chief).

Right, so apparently, I have to flesh my argument out a bit! To understand my reticence to PvP, you must understand that I am part of the OG. I’m not referring to the urban translation of “Original Gangster”, but rather “Old Guard”, the original generation of gamers. You, youngsters, will probably translate it as “Old Gamer”, that’s fair too, I guess.

Back in the day, prior to the invention of the internet – yes, such times did exist – most gaming was PvE (or story-mode) as standard. Of course, the stories weren’t as fleshed out and complex as they are today, usually along the line of “plumber must save kidnapped princess” or “shoot the invading aliens”, but they were great fun nonetheless. Any resemblance to modern-day PvP consisted of passing the second controller to a friend and fighting/racing in-person locally. I played many hours against friends in this manner and enjoyed every moment. There was no huge divide in ability as we were all discovering these games together. Also, the likelihood of the “in-game” chat turning really nasty was rare, as you were friends first and foremost. Even when you did play against strangers, it was in person, and with actual contact comes great accountability. I recall having many a 50p stacked on the side of an arcade as people lined up to challenge me at Street Fighter 2 and I don’t recall even one bad word muttered. It was a fundamentally different landscape in gaming terms. The closest we had to an MMORPG was Zelda (RSSPORPG – Relatively Small Single Player Offline Role-Playing Game?!), and 3D graphics and FPS’s were still a way off.

When amongst friends, dick moves don’t seem so personal!

Nowadays, every kid has grown up playing complex and realistic first-person shooters (practically from birth) and are often exceptionally good at them. With their ninja-like thumb and finger reflexes and a seemingly endless amount of time to learn maps, load-outs, hidden gear etc – seriously, who has the time? Now – playing devil’s advocate – too many a reader it will seem I am only against PvP as I am not often the greatest at many of the genres where online play is standard. To you I say… that’s a fair point! I am, I must confess, decidedly average. I will often appear midway down the leader board, rarely at the bottom, even more rarely at the top. I haven’t the aforementioned time to excel at these genres or specific games, nor have I grown up playing them religiously. Being aware of this fact means it is far less of consideration though. I enjoy PvP in good size teams like the Battlefield games or Star Wars Battlefront 1 & 2 because my individual skill – or occasional lack thereof – is not upsetting the proverbial applecart too greatly. In juxtaposition, the idea of playing a battle royale game like Fortnite or PUBG brings me out in cold sweats.

So, if I am accepting of my perceived noobness by better players, what is the main reason I shy away from PvP? In one word – attitude. With the advent of the internet – undoubtedly the greatest invention of my lifetime came the ability to interact with people with anonymity. With anonymity came a sense of impunity and overinflated self-worth that gave birth to the troll. Now such a creature – in its extreme form – is more often seen in comment sections than it is being abhorrent in online games, but here in lies the rub, so many players are part troll. They may not even recognise it, but the anonymity in their online persona mixed with equal parts peer pressure and learnt behaviour leads to exchanges they wouldn’t dare say in person.

It is the reason I only ever have party chats with friends online. The idea of attitude, however, far extends beyond verbal abuse from cocky upstarts. It is often reflected in styles of play like the spawn point hunters, the cheaters, the aim-bot enthusiasts, the treasure/loot muggers, the-I-only-live-to-kill-people-in-a-game-that-has-so-much-more-to-it types and countless more. Some games prepare for this and handle it well. Recently new to GTA Online, I couldn’t do anything for the first 10 minutes as some technologically better-equipped player in a flying car with rocket launchers took it upon himself to continuously hunt me, until the game prompted me to turn on passive mode and spoil his day. Had this not been an option I may have quit GTA Online there and then. Now please understand, that stroppiness doesn’t enter into this, it is all a matter of preference.

I prefer playing against the AI, always have. I am in charge of its difficulty level. If I encounter a harder enemy, it is because it is supposed to be more elite. There are no dick moves, or plays designed to antagonize. It is overall a more enjoyable experience nine times out of ten. I also enjoy the adventure of exploring a story, unravelling a tale, that you really only get in story mode.

Of course, life is rarely black and white, and neither really are my views on this matter. Though all the above is indeed true, there is one important caveat: Playing PvP when with a team of actual real-life friends, is great. Some of my most enjoyable gaming experiences have been in games like Star Wars Battlefront, GTA Online, ARK Survival or even just sailing the ocean in Sea of Thieves. When amongst friends, dick moves don’t seem so personal!

In short, as an “Old Gamer”, like other old people, I like things exactly as I like them. I have no patience for trolls, entitlement or other such acerbic styles of play. I don’t fancy being sworn at by strangers nor do I fancy being the target of a random nemesis for prolonged periods. My gaming preferences are set more to Werther’s Original than Monster Energy, and that’s exactly how I like it.  So, keep gaming, I’d say I might bump into you online, but as we have now seen, that is highly unlikely!

Halo Infinite Demo Did Nothing To Excite PC or Console Gamers