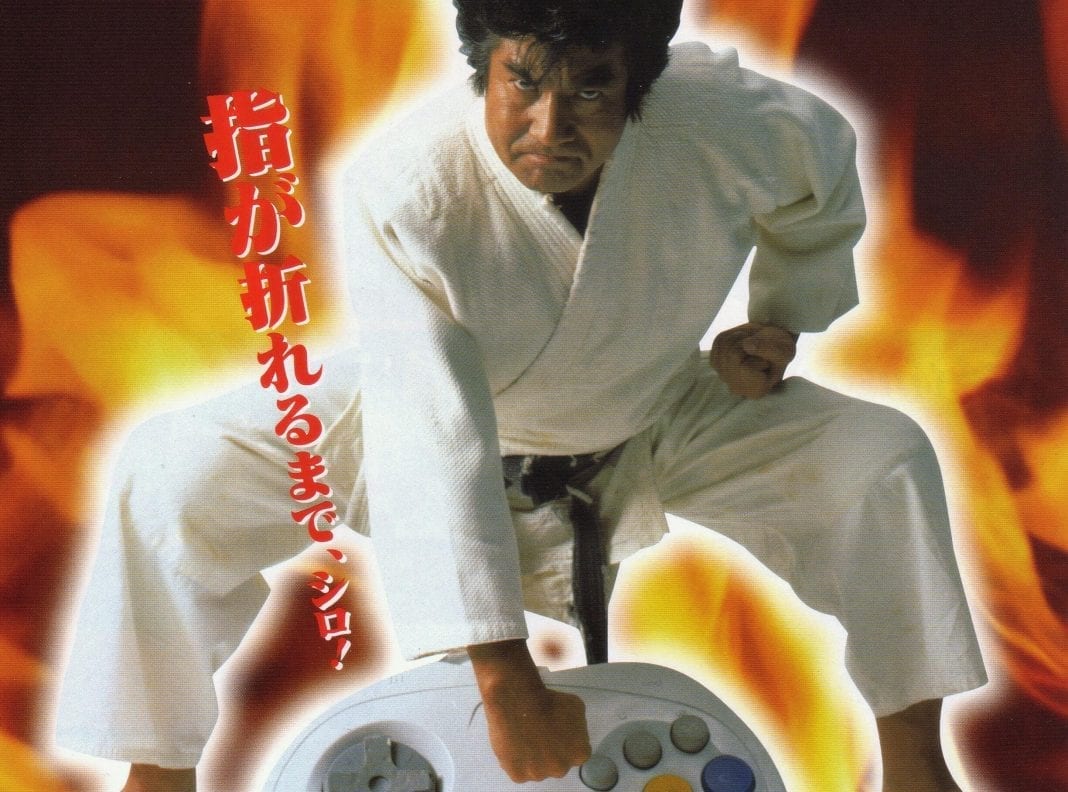 I vaguely remember the Sega Saturn

Back in 1995, the era of pixel perfect 2D gaming was sailing gracefully past its zenith. A new dawn of 3D polygons and rough as hell textures was blazing over the horizon. Developers found that the sheer computing power needed to create 3D environments made the lovely 16-Bit graphics of the Super Nintendo and Mega Drive obsolete. A new dimension emerged in the console wars: raw processing POWER!

As a 15-year-old, I had grown up among some 16-bit greats. And none were cooler than the Sega Mega Drive. Sonic has made Mario’s head spin and Sega’s first true mascot should, by all rights have made sticking with the house of hedgehog a no brainer when Gen 5 launched. Nintendo’s Ultra64 was years away from release and upstarts Sony were surely going to see their PlayStation go the way of the 3DO and the Atari Jaguar.

If it wasn’t being plugged on TV or the national press, then a product might as well have not existed.

The goal was well and truly open for Sega to steal a march on the competition and corner the 32-bit market. The sexily named Saturn was sleek, seriously powerful and boasted a stunning looking controller. It didn’t have a new Sonic game at launch but surely Virtua Fighter and Daytona would keep us all well sated until the Big Blue Blur roared back into our living rooms?

Surely everyone would be playing the Saturn. Right? Well…I have to admit something at this point. I don’t actually remember the console launching. I cannot for the life of me remember a single advert on TV or in print. I literally have no idea when the damn thing came out! For a while in early 1996, I wondered if it even had.

I’ll tell you what I do remember

I remember adverts for PlayStation. Lots of them. I remember bus shelters, billboards, TV, magazines and newspapers covered with plugs for Sony’s new console. It was, to coin a phrase, a marketing blitz. The new controller. Ridge Racer. Wipeout. The very reasonable sounding price. It was relentless. And gradually, it started working. My head, so fixed on the glory that would be Saturn, started turning.

As an aside, I can imagine that any millennials watching this may scoff at my lack of intel regarding the Saturn’s launch. Well let me remind you adorable young ragamuffins that us mid-90s generation Xers had no smart phones. Hell, we didn’t have the internet! If it wasn’t being plugged on TV or the national press, then a product might as well have not existed.

I did eventually stumble upon the Saturn at my local HMV and my briefly rekindled interest was unceremoniously snuffed out when I saw the price. £399. The PlayStation… famously …£299! And that was that. I never sampled Virtua Fighter or Daytona outside of the arcade. In the end nobody sampled Sonic Xtreme and I put my hard-earned pocket money on a PlayStation and didn’t look back for a long time.

It’s no secret that great TV advertising can make a product irresistible. In the world of 1990s gaming this was doubly true thanks to the aforementioned lack of an internet. As I said, I don’t remember any Sega Saturn TV ads from the consoles launch or lifespan. But I am aware that the platform sold very well in Japan. Thanks to the marvels of the internet I eventually discovered why.

Segata Sanshiro was a very Japanese character who was created to market the Sega Saturn in a very Japanese way. He was based on the legendary Akira Kurosawa’s Judo fighter Sugata Sanshiro. This means he was a Judo master, quite serious and extremely Japanese.

16 TV ads were made over about 3 years using the character and the formula was simple. Segata Sanshiro intervenes in a real-world situation involving sport or revelling youths. He almost always beats the living snot out of everyone, frequently causing them to explode. He then thrusts a white Sega Saturn console at his vanquished opponents before screaming, Sega Satān, shiro! (Play Sega Saturn!)

This simple formula manages to be visually spectacular and hilariously silly at the same time. Whether Segata is scoring a home run with a roundhouse kick or infiltrating a child’s home wearing a rubber Santa mask, the message is the same: drop everything and play the Saturn now because it’s more fun than anything else you could possibly be doing.

The Segata Sanshiro character became such an institution in Japan that not only did the Saturn outsell the N64, Segata himself was given a noble end in his final appearance. Sacrificing his life to save the Sega executives about to launch the Dreamcast by physically stopping a giant missile and riding it into space tells you everything that was perfect about this campaign in a single sentence.

Having stumbled on such a wonderfully original and entertaining way to market the Saturn I can’t undertstnad why Segata Sanshiro’s exploits didn’t become the basis of a global campaign. Having watched these ads many times since discovering them I did two things.

First, I became convinced that the adventures of Segata Sanshiro would have revived the Saturn’s flagging international sales. He would have kept Sega in the hardware business where they’d be proudly competing to this very day!

And secondly, I finally bought a Sega Saturn.